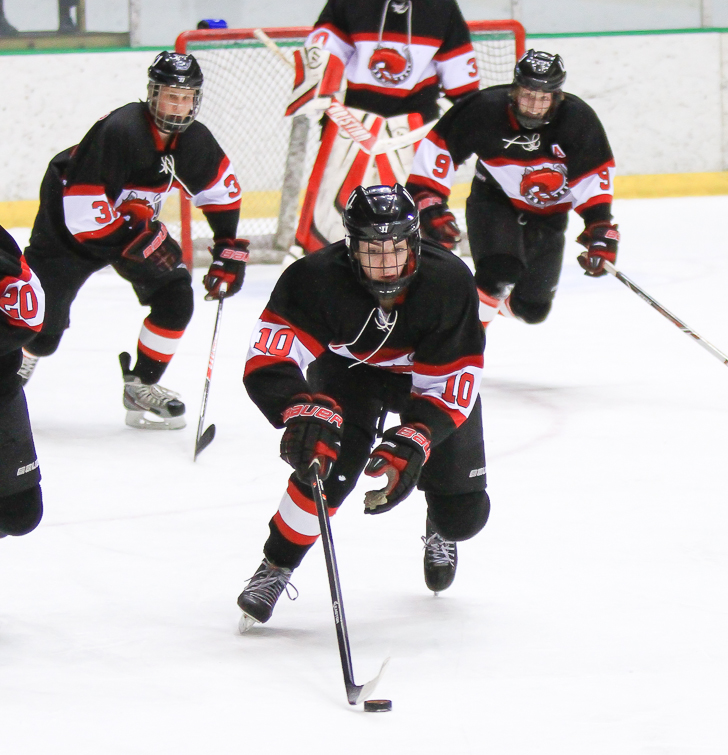 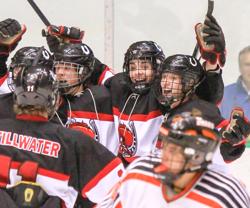 There’s a very strong likelihood Jackson Cates didn’t sleep Tuesday night. Too excited. He might not get much sleep Wednesday, either. Still too excited.

And if the sophomore forward keeps scoring overtime goals to extend Stillwater’s season, there’s no telling when the Ponies’ sophomore might be calm enough to get some shut eye.

No worries, though. These are the playoffs. Cates, the hero in Stillwater’s 2-1 Section 4AA semifinal upset over White Bear Lake on Tuesday night at the State Fairgrounds Coliseum in St. Paul, can sleep when they’re over.

“It was a about a foot in the air,” the grinning Cates said about the flight of the puck before he deflected it past White Bear Lake goaltender Chase Gorman with 4:50 left in the overtime period. “I saw him, like looking away, I don’t think he knew it went in.

Cates, who had five goals in 25 games entering Tuesday’s matchup with the Bears, also had a delayed reaction. As if he had never scored a goal that important before. Which, of course, he hadn’t.

“I was just … too pumped,” Cates, still and maybe forever wearing that piano-key smile, said about his surprisingly subdued reaction.

The goal was typical Stillwater. Through the puck in front, crash the net. Maybe get a rebound. Maybe get a deflection.

“I’d say that’s OT, but that’s kind of how we play in general,” Stillwater coach Matt Doman said. “We want pucks there, we want bodies there.”

The standard line of thinking entering the game was that No. 2-seeded White Bear Lake would dispatch of No. 3 Stillwater to set up a Section 4AA championship showdown Friday night with Hill-Murray (a 5-1 winner over Roseville in Tuesday’s other semifinal) in the final hockey game played at the Coliseum. A grand finish for the venerable old arena, which will take out its ancient ice-making equipment for good after the season.

Stillwater had a different idea. The Ponies played shutdown defense all game, limiting the Bears to 13 shots – none in the overtime period.

After two scoreless periods, Stillwater took the lead on a Jack Manning goal 2:40 into the third. The Ponies held the 1-0 lead until White Bear Lake’s Brady Anderson scored on a power play with 4:12 remaining.

That set up the overtime, and Cates’ clutch performance.

“He’s a young guy, but he’s been great for us,” said senior Sam Sagissor, who was initially credited with the goal but actually started the winning play by digging the puck out of the corner and feeding John Peterson at the point. “He’s a super-good offensive player for us. He’s got great talent.”