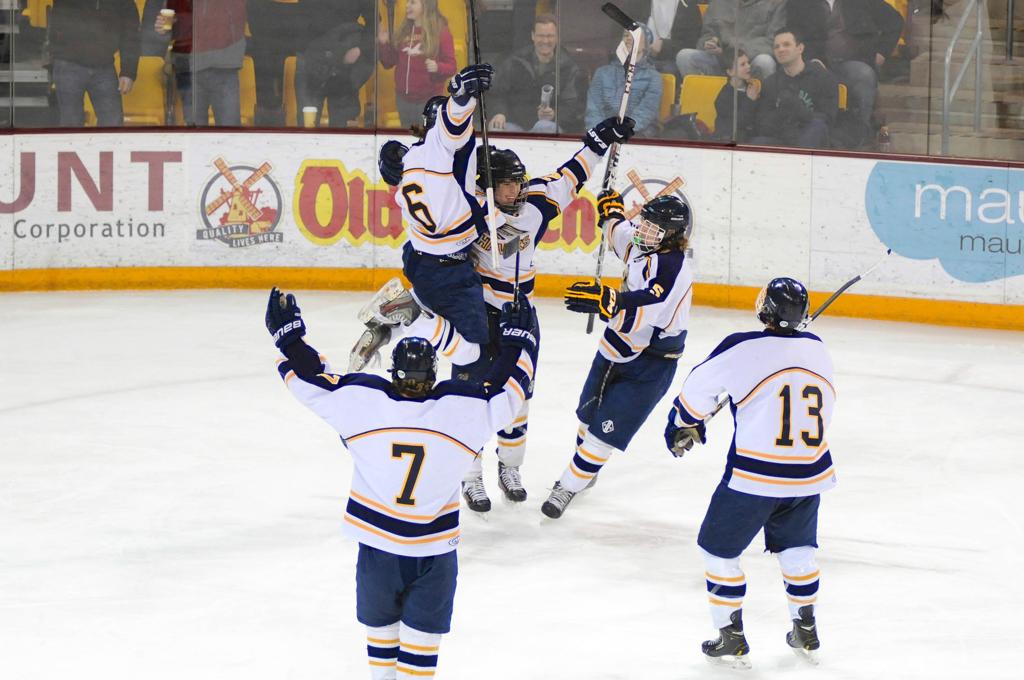 Hermantown celebrates after beating Duluth Marshall for the Section 7A championship Wednesday night at Amsoil Arena. Photo by Matt Christians

Pionk put Hermantown on the board early in the first, scoring 2 minutes, 29 seconds into the opening period. All his goals were important, as he scored again in the first to put the No. 2-ranked Hawks ahead 2-1. His goal in the second period gave Hermantown a 4-2 lead over the crosstown rival Hilltoppers (18-9-1), ranked No. 5 in Class 1A.

After moving from Section 5A to 7A during section realignment last March, Hermantown (22-4-2) finally got to play in front of a large home crowd instead of traveling south to the Twin Cities area for a section title game.

"It feels great," Pionk said after the Hawks punched their ticket to the state tournament. "It's amazing playing here at Amsoil in front of all these people."

Hermantown has advanced to the state tournament each of the previous four years, but has fallen short in the championship game in each outing.

"I'm excited to get there," said Pionk of Hermantown's return to the Xcel Energy Center in St. Paul for the state Class 1A tournament. "We're all pretty pumped to get back there."