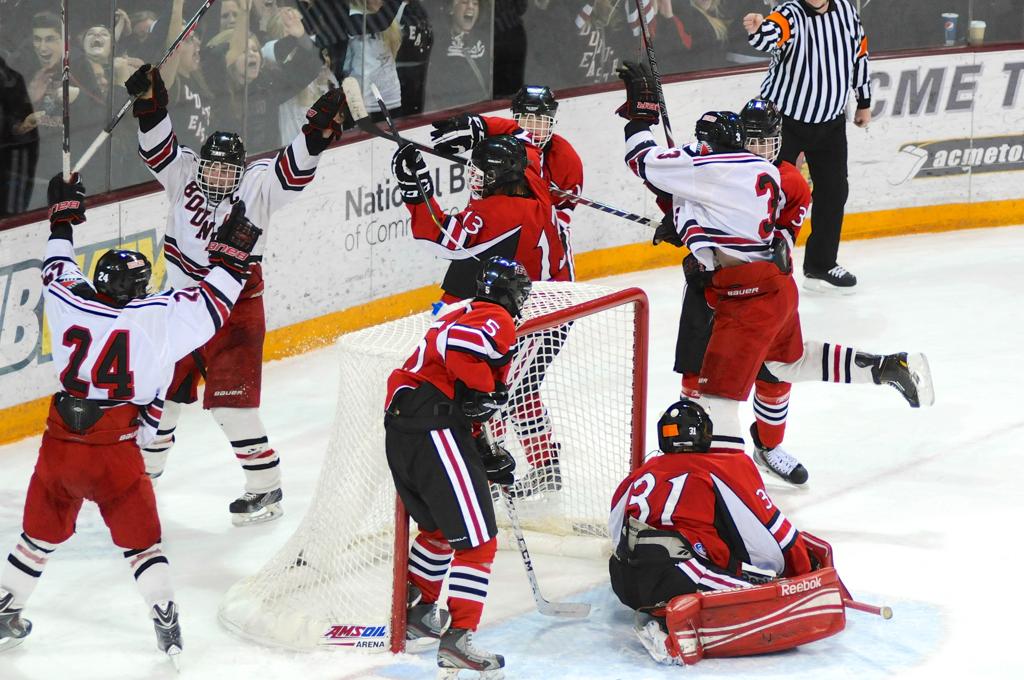 Duluth East senior defenseman Phil Beaulieu assisted on the winning goal, thus earning his fourth consectuive trip to the state Class 2A tournament. Duluth East, which was forced to rally from a 2-1 deficit in the third period, will make its sixth straight state tournament appearance.

"We had slow starts in the first and second period and realized the third period had to be different," said Beaulieu, a Mr. Hockey finalist. "A lot of respect goes out to Elk River; they brought a great game, but we just never quit."

Duluth East lost 3-2 to Elk River earlier this season at the Heritage Center in Duluth.

"My freshman year (going to state) was absolutely surreal," Beaulieu said. "Every year it just seems to get better and better."

No. 8-ranked Duluth East finished the regular season 18-6-1, and edged No. 10 Elk River for the No. 1 overall seed in the section 7AA tournament.

Reggie Lutz scored 15 seconds into the second period, and the Elks' Jake Jaremko scored with 22 seconds left in the period. In between those goals, Bryton Lutzka scored for Duluth East.

The Greyhounds' Alex Spencer provided the dramatic tieing goal in the third, scoring with 2:10 remaining and setting up Altmann's overtime heroics.

"This is one of the main reasons I came back (to high school hockey); I wanted to get back to the state tournament," said Beaulieu. "Oh, I'm gonna miss this feeling so much; it's unbelievable."