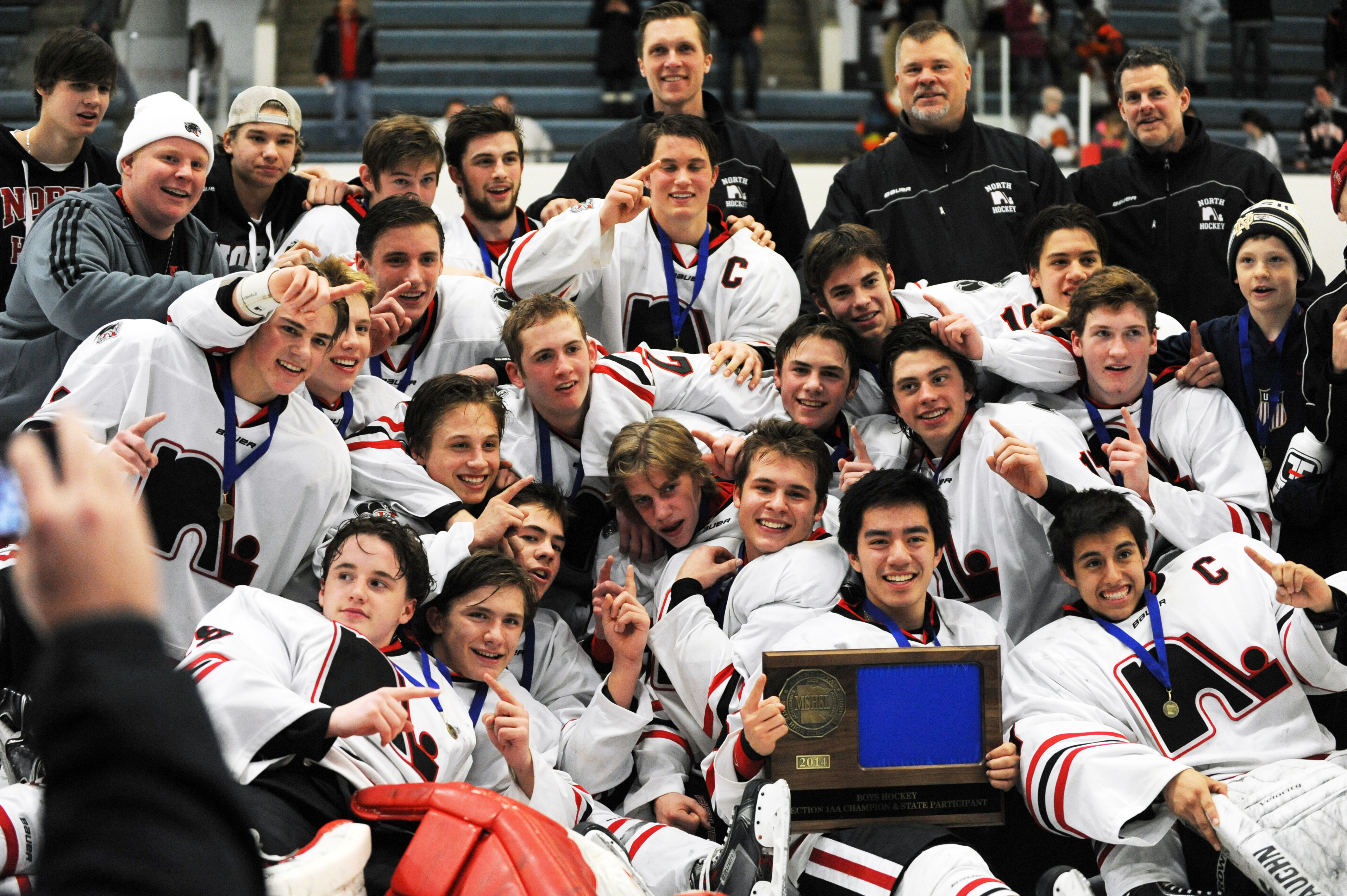 Angelo Altavilla knows all about Lakeville North’s past reputation at the state Class 2A tournament. Not good.

“From other years, we’ve been going in there as a joke, really,” the Panthers’ junior defenseman said.

The Section 1AA champion, usually Lakeville South or Lakeville North, has provided plenty of one-liners for quipsters making fun of the team emerging from what has often been considered the state’s weakest big-school section.

After laying waste to No. 2 seed Farmington on Thursday in a 6-0 section title game blowout at the Rochester Rec Center, the top-seeded Panthers were the ones smiling, high-fiving and mingling on the ice with their appreciative fans.

“We’re no joke this year,” said Altavilla, who was credited with three goals but said he actually only scored two. No matter how the official scoring gets sorted out, there’s no debating the dominance of a Panthers’ defensive corps that often gets overshadowed by the highly entertaining, high-scoring line of brothers Jack, Ryan and Nick Poehling.

Not only did Lakeville North’s defenseman survive an early onslaught by a Farmington team cheered on by a massive student section, they initiated the offense with well-placed shots through traffic.

Towering junior defenseman Jack McNeely added a goal and two assists for the Panthers, who scored four times in the second period to take a 5-0 lead then put the game on cruise control in the third.

“I guess our big three, Altavilla, (Jack) Sadek and McNeely log a lot of minutes,” Lakeville North coach Trent Eigner said. “I wouldn’t call them unsung, especially in our locker room. But when you are logging that kind of ice time it’s important to make good decisions, and those guys do it. They are all three playing with a ton of confidence.”

“They were chirping at us a little,” he said. “So might as well go out and kick their butts.”

Freshman goaltender Jake Oettinger, who grew up playing his youth hockey in Farmington, made 28 saves to register the shutout. Thirteen of Farmington's shots came in the first period.

The lopsided outcome is nothing new for the second-ranked Panthers (23-4-1). They won their three section playoff games by a combined score of 24-2. Lakeville North, which spent several weeks toward the end of the season ranked No. 1 in the state, is seemingly a lock to garner a top-four seed – or higher – when the state tournament field is set and the eight coaches in the field vote on the seeding.

“From the start of the year we said we weren’t going to be satisfied when we made it there,” McNeely said. “We’re looking to take home the championship next week, so it should be fun.”