A fond farewell to hockey at the Fairgrounds

On Friday night, we bid farewell to the funkiest joint in high school hockey — the Lee and Rose Warner Coliseum at the State Fairground. 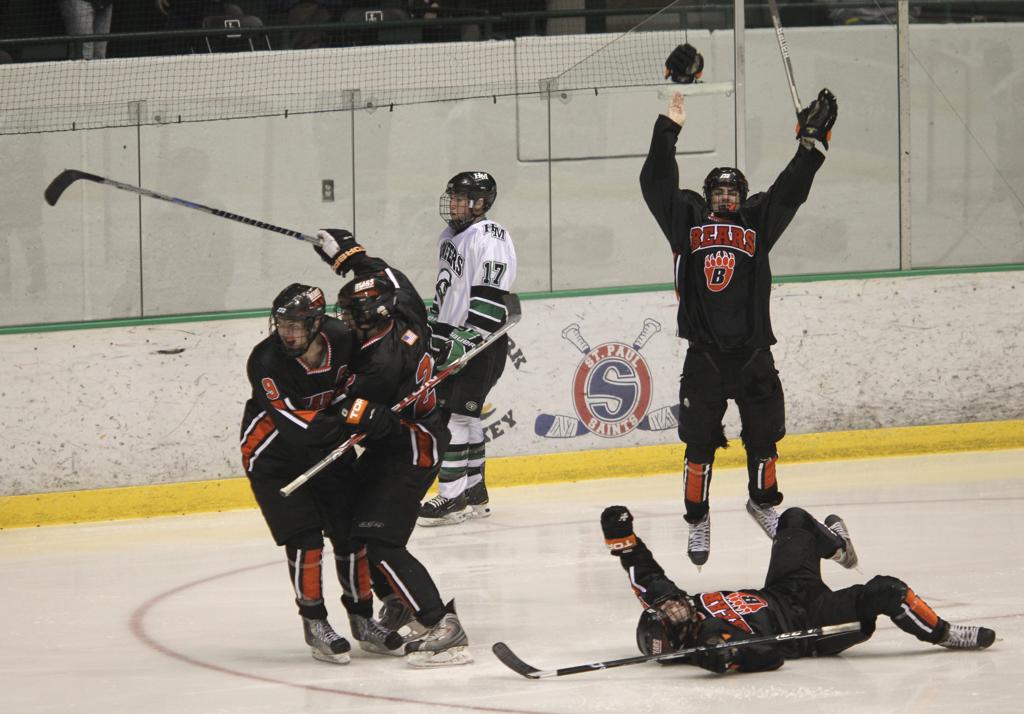 One of the best memories at the funky State Fair arena happened when White Bear Lake stunned Hill-Murray 5-4 in two overtimes in 2011 in a sectional final.

On Friday night, we bid farewell to the funkiest joint in high school hockey — the Lee and Rose Warner Coliseum at the State Fairground. Officials announced they will stop making ice, which means players and fans can no longer make memories. But as host to several meaningful high school games since the mid-1970s, the building is steeped in hockey tradition. Star Tribune reporter David La Vaque recalls five of his fondest moments as a fan and journalist.

A year after Hill-Murray demolished our St. Paul Johnson Governors in the state tournament, my friends and I helped pack the Coliseum seeking revenge in the section semifinals. Trailing 4-2 after two periods, our Govies roared back for a 5-4 lead. But Hill-Murray forced overtime and won 6-5. We gathered snowballs and took our disappointment out on cars leaving the fairgrounds.

Hill-Murray, eager to avoid missing a fourth-consecutive state tournament appearance, squandered a 3-0 lead to White Bear Lake and trailed 4-3 after two periods. But the Pioneers later won the Section 4 final game 5-4 in double OT. Watching from the moat around the ice helped me appreciate the game’s speed and intensity.

Irondale’s girls’ hockey program was long regarded as, in the words of a former player, chokers. A 2-1 victory against Mounds View in the Section 5 title game changed that. A pass from Megan Lorence produced Gina McDonald’s game-winning goal and a new era. Asked about their motivation that season, one player introduced me to the song “Dream Big” by Ryan Shupe and the Rubberband. I play it often for my daughter.

The boys’ hockey Metro Player of the Year race was down to Eden Prairie junior Kyle Rau and Blaine senior Nick Bjugstad. Their substantial regular-season resumes were nearly identical, so we allowed their postseason exploits to break the tie. Rau’s Eagles were crushed in the Section 6 final while Bjugstad tallied two third period goals to earn a 3-1 victory in the Section 5 final. Of course, it worked out for Rau the following season.

Hill-Murray allowed me all-access during the 2010-11 season. As expected, the No. 1-ranked Pioneers faced White Bear Lake for the Section 4 crown. Not expected was the Bears’ 5-4 upset victory in double overtime. Before that night, Hill-Murray enjoyed a six-game winning streak against the Bears in section final games. The emotional postgame Hill-Murray locker room stays with me today as a meditation on effort and desire and what it means to be a team.