Brock Boeser became a sniper for Burnsville — and a target for foes — but he kept his cool and excelled. 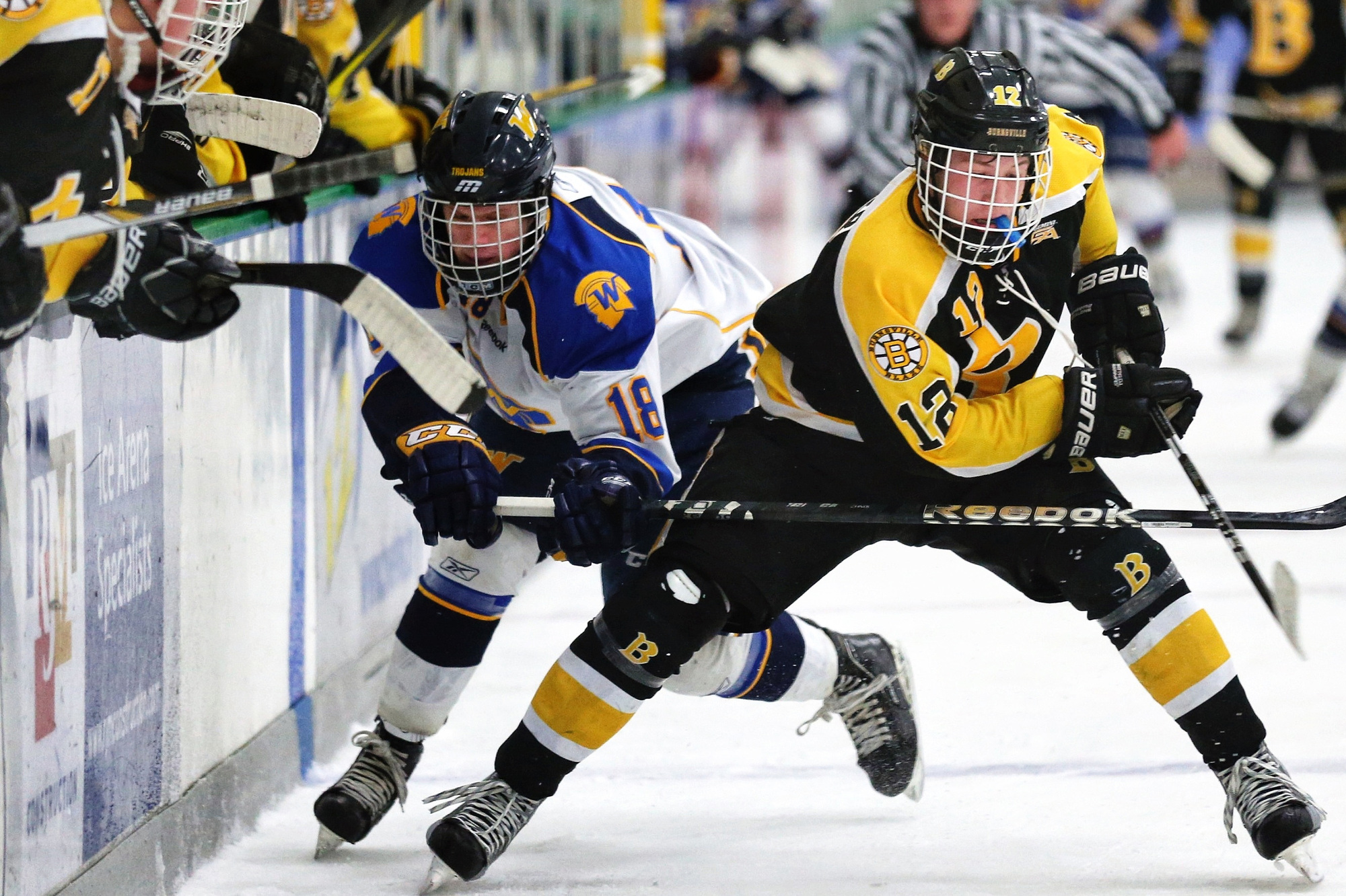 For Burnsville’s Brock Boeser, developing a cannon for a shot caused some collateral damage.

“There are holes in the wall of our garage,” Boeser said. “I broke a light bulb once. I hit the crossbar and the puck went up and shattered it.”

Boeser honed his big shot and became a feared goal scorer. Channeling his intensity enabled him to excel this season in the role of big shot.

Boeser led the U.S. Under-17 Select Team to a gold medal with five goals and four assists last August at the Five Nations tournament in Slovakia. But he returned to Burnsville to find less of a supporting cast. Two future Division I players left the program early and placed new burdens on Boeser, a junior who didn’t turn 17 until after the season.

“Tyler [Sheehy] and Teemu [Kivihalme] leaving gave him the challenge of a bigger role, and he cherished the opportunity,” Burnsville coach Janne Kivihalme said. “We also talked about how he’s known nationally and he’s going to be targeted. He fought through a lot of adversity. He got run, and he got slashed. He retaliated early, but by the end of the year he was tremendous.”

Administering payback through stellar play, Boeser scored 23 goals and added 27 assists. He also improved on the defensive end. His considerable talent and growth as a leader kept Burnsville competitive against one of the state’s toughest schedules and made him the Star Tribune Metro Player of the Year.

“There’s not a player in the state I would trade him for,” said Dan Boeser, Brock’s cousin and a Burnsville assistant coach.

Like his older cousin, Boeser will go from Burnsville to Wisconsin. He verbally committed after his sophomore season, choosing the Badgers over Minnesota and Michigan.

The 6-foot, 185-pound Boeser laughs off the flak he receives from Gophers fans. Rising above frustration on the ice wasn’t so easy. Whistled for checking from behind in the Blaze’s first game against Lakeville North, Boeser spent almost a third of the game in the penalty box.

“It was hard knowing every game there was going to be one or two guys all over me,” Boeser said. “I had to keep my cool, play my game and try to not let them bug me.”

He got retribution on the scoreboard. He tallied two-goal games against Eagan and St. Thomas Academy and scored all three of his team’s goals against Eden Prairie. His second-period goal against defending state champion Edina helped the Blaze defeat the Hornets for the first time in Kivihalme’s eight years as coach.

“For him to be the marked man and still average a goal and almost two points per game says a lot,” Dan Boeser said. “He earned his points.”

Bloomington Jefferson upset Burnsville in the section semifinals, but a wrenching end did not sour Boeser’s enjoyment of the journey.

“I think it was a successful season,” he said. “We kept our losses under 10, so that means everyone stepped up. Even with those two guys leaving, we really played well.”

This offseason will be decision time for the highly coveted Boeser. He played two games with Sioux City of the U.S. Hockey League last weekend and said his future is uncertain.

Dan Boeser wants Brock to make a decision from the heart.

“As much as he’s developed and the drive that he has to get better, I don’t think it would be any hindrance for him to play at Burnsville next season and play in the USHL before and after the season,” Dan Boeser said.