The players gathered at sunset on March 2 at Lake of the Isles in Minneapolis. 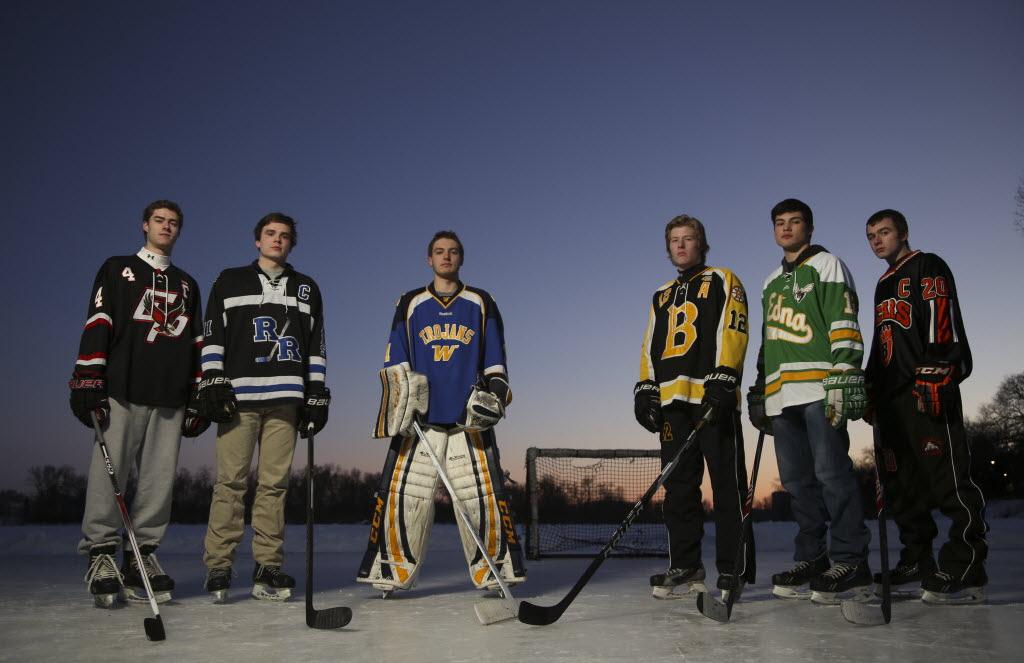 Star Tribune Metro Player of the Year. Shouldered the load for Burnsville and remained consistent playing one of the state’s toughest schedules. Blistering shot produced 23 goals. All-around game improved. Made plays on offense (27 assists) and contributed at the defensive end. Committed to Wisconsin.

Widely considered the best forward on the state’s best team. Plays with the intensity of a grinder but possesses great skill. Scored 18 goals and added 27 assists. “He’s one of those real determined kids who won’t be beat,” Hornets coach Curt Giles said. “He does not take a day off.” Undecided on a college.

Bears coach Tim Sager hailed Wahlin as “the most creative player I’ve had in 29 years of coaching.” Relentless effort and an innate scoring ability yielded 41 goals and 36 assists. Committed to Massachusetts-Amherst.

An explosive skater who mixed natural offensive gifts with better, more consistent defensive play. Tallied nine goals and 37 assists. Played most of section title game with a broken hand and sparked Eden Prairie back to the state tournament. Committed to Nebraska Omaha.

Took ownership of the starting spot and anchored the state’s stingiest defensive team. Went 15-6-1 with five shutouts, posted a 1.44 goals-against average and a .935 save percentage. “He’s calm, looks big in the net and doesn’t get rattled,” Trojans coach Pat O’Leary said.

How the team was picked