Don’t expect a lot of New Prague students to be in school Wednesday afternoon. 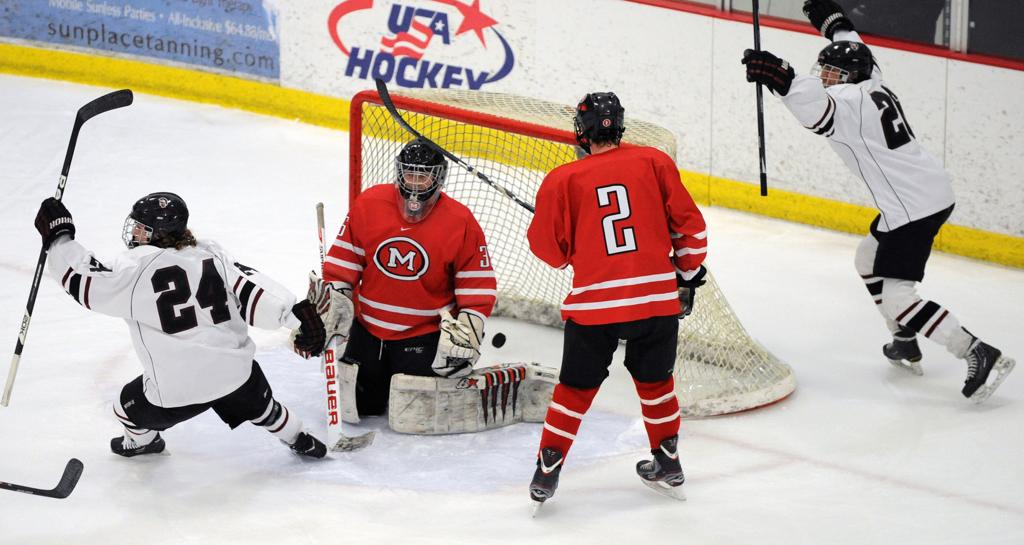 Many New Prague High School students will have a break from finals Wednesday afternoon, thanks to their boys’ hockey team.

The team earned its first state tournament berth in school history last Thursday by defeating Mankato West for the Class 1A, Section 1 title. The third-seeded Trojans (21-4-3) will play Chisago Lakes High School (20-8) at 1 p.m. Wednesday at the Xcel Energy Center, which falls on the second-to-last day of their second trimester.

“Everyone wants to take their finals early,” senior captain Austin Kilian said. “A lot of people are going. I’ve had relatives say they’re going, so we should have a pretty big turnout.”

New Prague came into the season confident it could compete for the section championship, after going 16-9-2 in 2012-13. The team returned three all-Missota Conference honorees in Kilian, Austin Isaacson and Seth Kriha but needed to replace all-conference goalie Evan Bisek.

In came junior Conner Wagner, who had played just six minutes on varsity before the season. Wagner played every game this year and was especially sharp in all three playoff games, saving 66 of 68 shots

“Obviously, he’s been nothing but outstanding,” coach Chris Lonke said. “He’s gotten better every week, and we’re not having this conversation if he doesn’t play like he did [against Mankato West].”

The Trojans entered the Section 1 tournament as the top seed and defeated conference opponents Red Wing and Northfield in the first two rounds. They held on in the championship game despite two third-period goals by Mankato West. Wagner was key in the victory, stopping 32 of 34 shots, including 21 of 23 in the second and third periods.

“I was having a lot of fun,” Wagner said. “You could feel all the tension in it, but it just wasn’t bothering me.”

In Class 2A, conference rivals Lakeville North and Eagan are gearing up for their near-annual state tournament appearances.

The two programs have made the state tournament a combined seven times since 2010, though neither has made it past the semifinals.

Eagan finished tied for fourth in the South Suburban Conference this season and has gone 8-2 during its past 10 games. The team won the Section 3 tournament by upsetting top-seeded Cretin-Derham Hall in the semifinals and defeating St. Thomas Academy 4-2 in the finals last Thursday.

The Wildcats trailed the Cadets 2-0 midway through the second period but scored four unanswered goals to earn their third state berth in four years.

“We realized it was two power-play goals, and we could make an adjustment,” Eagan coach Mike Taylor said. “I think 5-on-5 we knew we were fine. We were getting chances, so it was just a matter of time.”

Lakeville North had a smoother route to state. After winning the South Suburban Conference, the Panthers dominated the Section 1A tournament, outscoring their three opponents 24-2 to clinch their fourth state berth since 2010.

While the Panthers have found success in their section tournament, they have struggled to win at state. The team lost in the quarterfinals in each of those seasons, and is 2-5 at state since 2010.

The Panthers, however, appear poised to make a run this season, thanks in part to brothers and linemates Jack, Nick and Ryan Poehling and a deep roster.

“I think that we feel like we’re definitely going to be in the mix come this weekend,” coach Trent Eigner said.

Nate Gotlieb is a student reporter at the University of Minnesota on assignment for the Star Tribune.