Supporters don't want 1A hockey to be a class dismissed

The Class 1A state tournament serves a noble and needed purpose, its supporters point out. 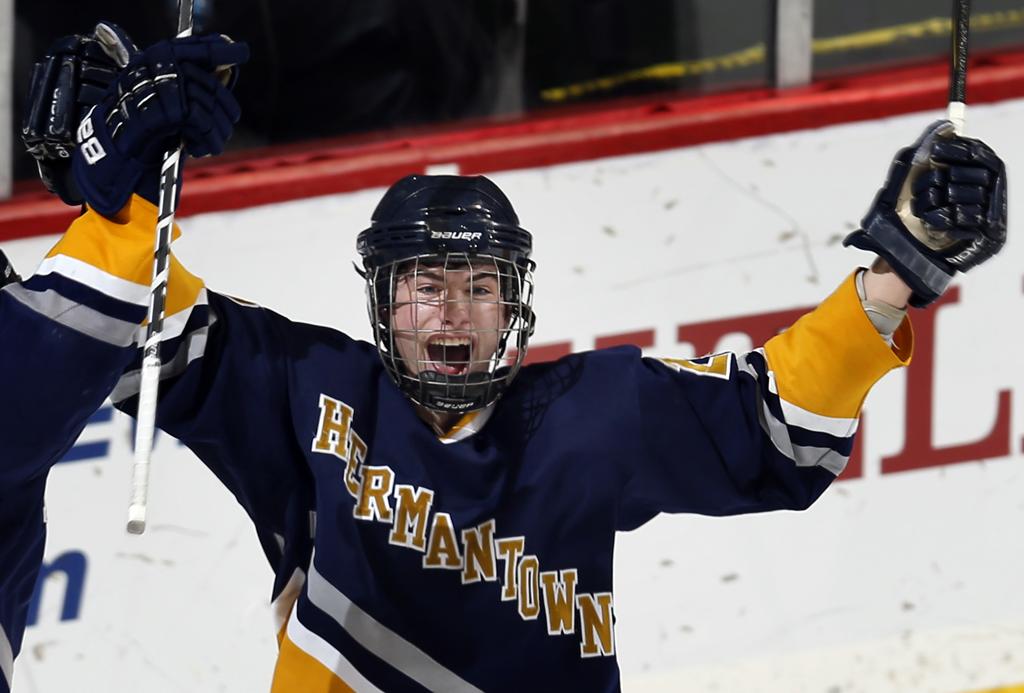 Luverne coach Derrick Brown saw this coming as hockey was beginning to take a skate-hold on Minnesota’s southwestern corner. It showed in the youth ranks.

A little patience and whole lot of hope later, what once seemed like stargazing became reality when the Cardinals, in only their 12th year in existence, joined an exclusive club by qualifying for the boys’ hockey state tournament.

“We’d been breaking through for a while,” Brown said. “But it’s a special feeling to actually get to the state tournament.”

It’s a tale certainly worth telling, but it comes with a caveat: Luverne, sporting a 27-0-1 record, will make its debut in the Class 1A bracket of smaller schools. Those teams gained entry after the Minnesota State High School League added a second class in 1992 and, to many hockey fans, messed with perfection by diluting a national high school sports showcase.

To those pining for the old days, Brown said, “This is about growing hockey in this part of the state. Hockey is all about numbers. It’s not realistic for us to try to compete with Edina. But in Class 1A, we don’t have to.”

The Class 1A tournament, which begins Wednesday at Xcel Energy Center, has all the trappings of the Class 2A show, but it lacks the fan interest. It never sells out and draws about one-third of the fans. While it can spawn hopes of a Hoosiers-type of run, in which the little guys rise up and smite the behemoths, it rarely happens.

When the tournament has drawn media attention of late, it’s been aimed at why perennial power St. Thomas Academy was playing in the tournament at all. The Cadets moved up to Class 2A this season.

Bloomington Kennedy coach Dave Dillon used to think that Class 2A was the only way to go. But the reality of the Eagles’ situation changed his mind. Dwindling participation numbers had eaten away at the program. There always was a core of dedicated kids, just not enough to stay competitive with their large suburban brethren.

“This year, we had 26, 27 players try out,” Dillon said. “That’s less than some schools cut. I wanted to stay in Class 2A as long as we could, to see if we could turn the program around and compete, but we were on life support.”

The Eagles dropped to Class 1A this season and made it to the Section 2 semifinals before losing to Orono in overtime. The hope that came with their best playoff showing in years has resulted in a huge payoff, Dillon said.

“This was the shot in the arm we needed,” he said. “People are excited again. If this hadn’t happened, we’d have been a cooperative in a few years, I’m sure.”

Paul Gibson, coach of tournament-entrant Chisago Lakes, agreed. His Wildcats are making their first appearance since 1995. Gibson said he has yet to encounter a supporter who isn’t giddy about it.

“For those who think it means less, you haven’t been in our community for the last week and seen the energy this has created and the renewed optimism this has brought to our youth program,” he said.

“The two-class system provides more teams to experience the excitement of a state tournament atmosphere.”

Often, first-timers to tournament have been given a boost by a pocketful of luck in the section playoffs, perhaps an early round upset or a goalie doing handstands while stopping pucks.

That’s not the case for Luverne, a school of 308 students. There were no lucky breaks. This one was earned.

Seven players have 35 or more points. Sophomore wing Chaz Smedsrud has 87 points, senior Logan Norman has 71 and eighth-grade wunderkind Jaxon Nelson has 70. Speedy junior defenseman Toby Sengvongxay a skill set that has him on a path to play in the Elite League next fall. Goalie Kendall Meyer has been a rock.

“These guys went out over the summer and made themselves better hockey players,” Brown said.

Luverne’s only blemish, a 1-1 tie with St. Michael-Albertville in the Schwan Cup in December, could be considered a victory. The Cardinals won the ensuing shootout and ended up winning the entire bracket.

“That was a big confidence-builder for us,” Brown said. “On the bus coming home, there was a special feeling. We thought ‘Let’s get that section [championship] medal.’ You could feel things building up to it.”

One step at a time

When team members arrived home in Luverne after winning the section championship, the town gave them a rousing welcome. Police escorted them through town. Hands were sore the next day from all of the high-fives given and received.

“Nobody can believe we’re going,” Sengvongxay said. “It’s so exciting.”

The dream season is expected to hit a major obstacle Wednesday, when Luverne takes on Hermantown in the quarterfinals. Few expect it to beat the Hawks, runners-up for the past four years, but that’s not the Cardinals’ focus.

“I don’t think we need to win to make a statement,” Sengvongxay said. “We want to play well and stay competitive. If we do that, good things will happen.”