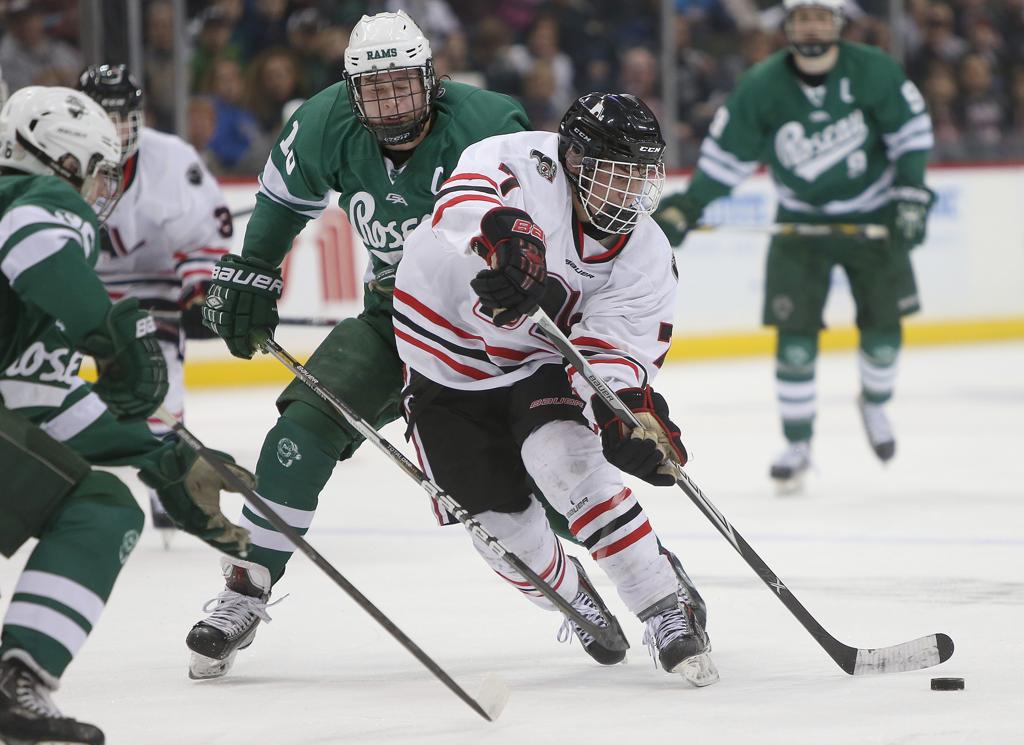 Any boys’ hockey state tournament fan old enough to remember the pre-cellphone era certainly has heard of the irrepressible Roseau duo of Neal and Aaron Broten.

The greatest brother combination in state history? Based on high school, college and NHL success (not to mention Neal’s gold medal at the 1980 “miracle” Olympics), the Brotens jump to the top of the list.

Throw in a third brother, Paul, who was too young to play alongside Neal and Aaron but also was a high school standout who went on to play in college and the pros, and it’s hard to argue against the Brotens as the State of Hockey’s first family.

Challengers to the throne emerged Thursday during the Class 2A quarterfinals at Xcel Energy Center in the form of Lakeville North’s Poehlings.

Meet twin brothers Jack and Nick Poehling, 5-10 juniors, and Ryan, a 6-foot freshman. The trio burst into the state’s consciousness with a magical second-period goal in the Panthers’ eventual 2-1 overtime victory over, of all teams, Roseau.

“We were trying remember the last time three brothers played [together] in the state tournament,” said Doug Peltier, a former St. Paul Johnson star who teamed with his brother, Ron, during some memorable state tournament runs. “That’s pretty nice when you have a whole line of them. That’s special, that’s really special. Besides that, they are dang good.”

The Panthers trailed 1-0 midway through the second period when Nick created a turnover in the neutral zone and fed Ryan on the left side as he crossed the blue line. Ryan skated deep into the zone, past the faceoff dot, before passing through the slot and back to a trailing Jack, who needed only to whip a shot into an empty net.

The goal reads Poehling from Poehling and Poehling on the official scoresheet. It just might have been the first time three brothers combined on a goal at the state tournament. It was the first time in recent history, to be sure.

Jack leads the Panthers with 29 goals and 52 points. Nick has a team-best 30 assists and is second with 49 points. Ryan has 11 goals and 34 points. All three have committed to play at St. Cloud State.

“They are very patient with the puck,” Roseau coach Andy Lundbohm said about the Poehlings. “They just kept looking for that open guy. And they were attacking the net, too. They definitely have some hockey moxie, for sure.”