Chase for superstardom not cheap

When it comes to their kids, parents lured by fame, fortune sometimes pay steep price

For decades now, parents have been shipping their pre-teen Suzy and Tommy Prodigies to wildly popular golf and tennis academies in Florida and California.

After all, who doesn’t want to be the proud mom or pop of the next Tiger Woods or Maria Sharapova?

Call it, “Cash for Childhoods.” Except these programs are not government-funded. Matter of fact, it is the parents who pay to have their kids subjected to the kind of daily grind that doesn’t budget for even a single minute of Xbox time.

It happens even in Minnesota, where parents have been known to sling hockey bags over their pint-sized pee wee phenoms and point them toward the nearest hockey factory.

As they do in sports such as golf and tennis and Canadian hockey, where it is almost unheard of for top players to compete for their high school teams, dozens of Minnesota hockey moms and dads have made more moves than Bekins in an attempt to keep their kids one stride ahead of the pack.

Luckily, though, thanks to high-level coaching, stiff competition and offseason elite leagues, leaving home isn’t the only option in Minnesota. Or, in many cases, the best one.

T.J. Oshie played at Warroad, completing his high school education there before going to college at North Dakota and, eventually, reaching the NHL. Dozens of other Minnesota players have followed similar trajectories to pro stardom.

There’s no telling how far Max Gaede’s hockey career will take him. The high-scoring Woodbury senior is on the radar of NHL scouts, but right now the Minnesota State-Mankato recruit isn’t much more than a 6-foot-3, 190-pound blip.

A few days after Woodbury’s stunning 2-0 loss to Apple Valley in the Section 3AA semifinals last season, Gaede and his father, Frank, were in Edmonton on a business trip. The Gaede’s were guests of the Edmonton Oil Kings, a junior hockey team in the Western Hockey League. The Oil Kings gave the Gaedes the red-carpet treatment in the hope of acquiring Max’s services.

“They really sold me on it,” Frank Gaede said.

Gaede said he liked that the Oil Kings offered to pay for Max’s education ---- one year’s worth for every year Max played for the franchise. Frank said there were 10,000 fans watching the Oil Kings at the game the Gaede’s attended. He liked that, too.

“The game was on TV and radio,” he said. “And the team’s locker room was right next to the Edmonton Oilers’ locker room. It was a beautiful locker room.”

Yes, Frank Gaede came away impressed. Even so, he realized this wasn’t Frank Gaede’s decision.

“Max said he wanted to stay here in Woodbury,” Frank said. “It's his life. Max makes his own decisions.”

Did Frank have to bite his tongue?

“A little bit,” Gaede said, “but then I didn't want to be the guy that pushed him toward something he might regret the rest of his life.”

Said Max: “It was completely my decision. Every single parent should handle it like that, I think. They did it perfectly.”

Frank Gaede and his wife, Eileen Gleeson, each spent 12 years in the Army. Max is the youngest of their four children. He follows the same rules all of his siblings were subjected to, which is to say there are no crew cuts or twenty hundred (8 p.m.) curfews in this family. Max can pretty much do as he likes.

“I freelance,” said Max, whose vocabulary when interacting with adults leans heavily toward words such as “sir” and “mister”. “I do what I want. They trust me, and I haven’t done anything to break that trust.”

As for hockey, well, Frank grew up in Indiana, basketball country. He and Eileen have let Max and his coaches concentrate on the hockey details.

“The way I see it, I feel better about myself that my dad wasn't my coach growing up pulling all the strings for me,” Max said. “It doesn’t matter how bad I play, every time I always get an, ‘Oh, great game, you looked strong out there.’

Frank Gaede says he has just one “hot button” when it comes to his kids: "show respect to those around you.”

Frank will also tell you that it might just be luck that he and Eileen raised a house full of good kids.

Luck? They say the harder you work the luckier you are.

Make no mistake, Frank and Eileen worked hard to keep from pushing Max to Edmonton, from taking ownership of the biggest decision in his life.

"I think it is great he picked his community," Eileen said. "The community builds these kids. We had nothing to do with building a great hockey player at all."

Luck? Gaede, who recently made an oral committment to attend Minnesota State-Mankato on a hockey scholarship, also turned down an offer to play junior hockey for Sioux City (Iowa) in the USHL this winter.

Max was right in that more parents would be wise to handle their kids the way his parents raised him.

Which is, for the most part, stand back and stay out of the way. 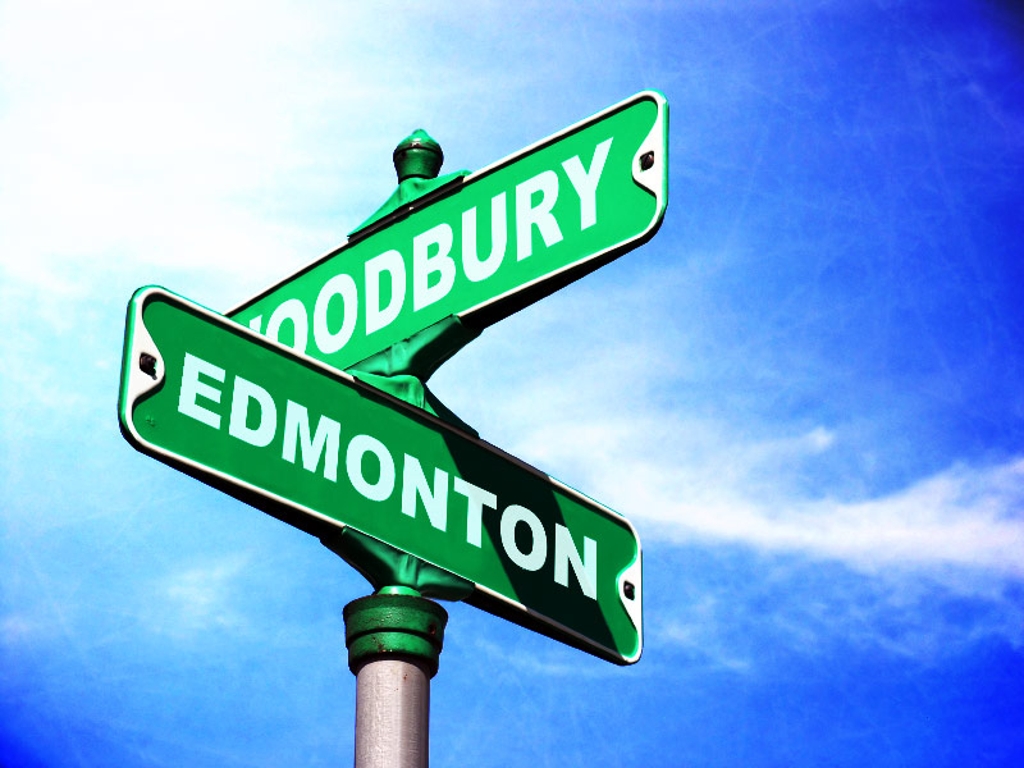