Edina closed out the boys’ hockey state tournament with a statement game in the Class 2A final. 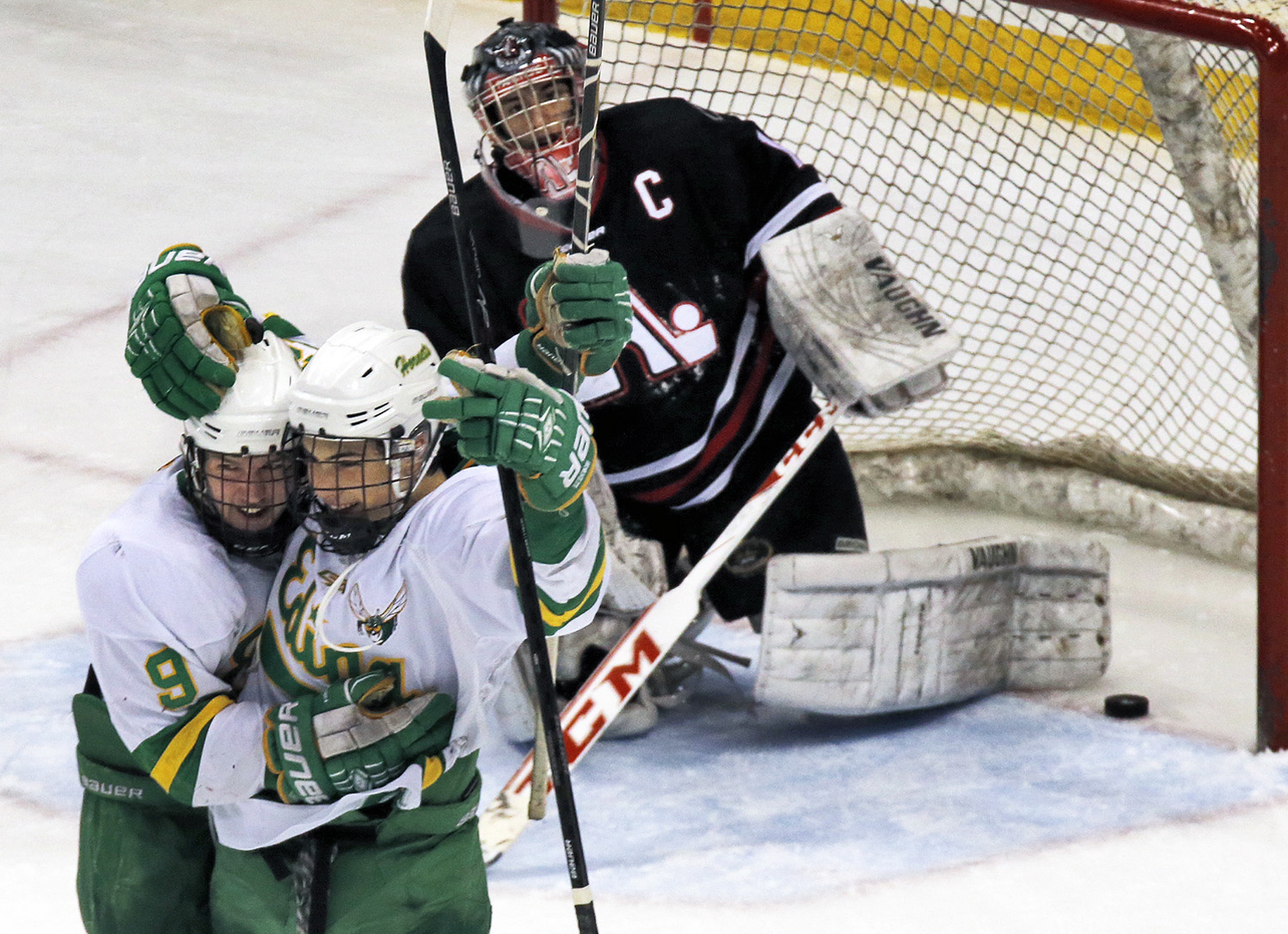 Edina closed out the boys’ hockey state tournament with a statement game in the Class 2A final.

Ordinarily, Thorne would’ve been in Florida this weekend in his regular job announcing Baltimore Orioles spring training games. Instead, he brought his smooth baritone voice to downtown St. Paul and crossed an item off his career bucket list.

Now, he’s sort of an honorary Minnesotan — judging by the reaction of local puck fans — after announcing his first boys’ hockey state tournament, though Thorne did manage to avoid our polar vortex initiation.

“The event is so spectacular,” Thorne said Saturday night before calling the Class 2A championship game at Xcel Energy Center. “The intensity of it for the fans and for the players is even more than what I thought it would be. It’s a big deal.”

Thorne had heard of the tournament’s reputation as an “event” through acquaintances and began kicking around the idea of serving as TV play-by-play announcer alongside Mr. Minnesota Hockey, Lou Nanne.

The schedule worked out this year so Thorne made his tournament debut, sharing the booth with Nanne, who provided color commentary for the 50th year with the last of his grandsons, Tyler, in uniform for Edina.

“For me, it’s an opportunity to broadcast a really good sporting event,” Thorne said.

Too bad the two championship games failed to capture that drama. For purely entertainment value, championship Saturday in St. Paul usually delivers the goods, but anyone hoping for tense, down-to-the-wire finales probably felt a little empty this time.

East Grand Forks scored five goals in the second period to steamroll Hermantown 7-3 in the Class 1A championship game. And a compelling matchup on paper in the 2A championship turned into a stroll in the park as Edina added another title to its collection with an 8-2 victory against Lakeville North in the 70th edition of the tournament.

It’s never a good sign when the state championship game ends with a running clock.

Both teams arrived at the same junction from different directions. Edina remains the gold standard in high school hockey with a record 12 state titles (including Edina East). The Hornets became the first back-to-back big school champions since Bloomington Jefferson won three in a row from 1992-94.

Lakeville North never had made it out of the quarterfinals before this tournament, but the upstart blazed an important trail for its program this weekend. Regardless of how things ended, the Panthers believe that they belong now, and that shouldn’t be diminished.

The opposing coaches — Edina’s Curt Giles and Lakeville North’s Trent Eigner — sat together on a dais 45 minutes before faceoff and lobbed bouquets at each other. Asked to describe the toughest challenge in defending the title with 12 new players this season, Giles replied bluntly, “Lakeville North.”

“We don’t have any trick plays,” Giles noted.

Ultimately, Edina had too much speed and firepower. The Hornets played like a group determined to keep their title for another season.

As their student section chanted “just like last year,” Lou Nanne put the finishing touches on his 50th broadcast by watching his grandson play his final high school game and earn a spot on the all-tournament team.

Nanne’s friends flooded his cell phone with text messages after the game. The hockey icon kept his composure on air, but he described the moment as a “dream come true.”

“This is the biggest thrill I can have,” Nanne said. “I always said my biggest thrill is watching my son and my grandsons win the state tournament.”.