Edina doesn't have to bother with rebuilding 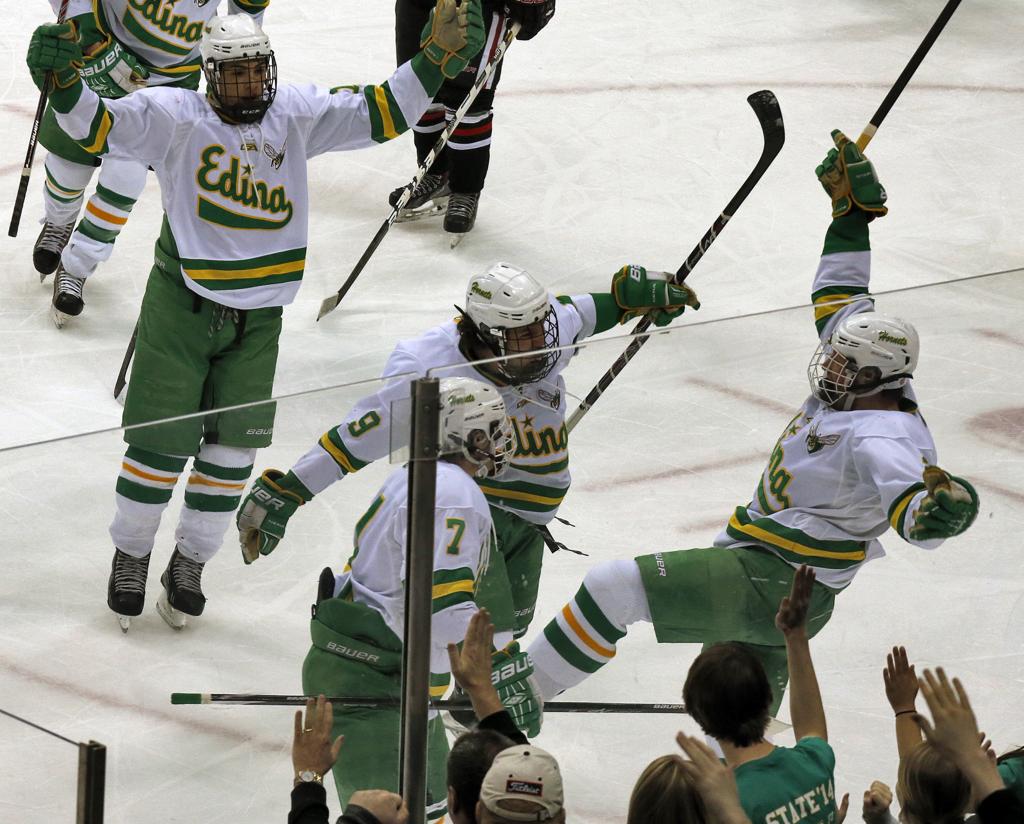 For Edina, the term “rebuilding” is as passé as fondue or popcorn ceilings. This is a program where winning boys’ hockey state championships seemingly has become a plug-and-play proposition.

The Hornets won their second Class 2A championship in as many seasons and their third in five years Saturday night with an 8-2 thumping of Lakeville North at Xcel Energy Center.

And based on the contributions from their youngest players, the Hornets appear well-positioned for more deep tournament runs.

Smooth-skating Ryan Zuhlsdorf, yet another sophomore and a top Division I college prospect, played his usual shutdown defense.

Even big Calvin Pugh, a 6-4 mountain of a freshman defenseman, notched an assist.

“The coaches had high expectations for the young sophomores and freshmen — everyone,” Hornets senior defenseman Tyler Nanne said. “I feel like we all contributed to this state title.”

Giles said some line shuffling late in the season left Bellows, a star all the way through Edina’s massive and ultra-successful youth hockey system, playing fewer minutes, but in a crucial role on the third line.

“The kid took control of the thing, and we became a very deep hockey team,” Giles said. “He took a leadership role as a sophomore. That¹s a heck of a compliment.”

The fiery Bellows, known for occasionally losing his cool, also said he learned to keep his emotions in check.

“I want to help these guys win, and I want to do whatever it takes to win because I know how special this is for our coaches and us players, and also for our fans,” he said.

Lakeville North coach Trent Eigner said Edina’s program, all the way down to the youngest of levels, serves as a template for consistent success. Youth hockey rankings at all levels consistently list Edina teams in the top 10 in the state.

“When you push the numbers through that they do, and when you have great hockey people teaching great fundamentals, when that funnel gets small at the top it spits out a pretty good team every year,” Eigner said.