Ask Brett Stern what he did during his summer vacation and there’s a good chance he’ll tell you a story about a monster fish and a forgetful friend.

The Centennial High senior defenseman who recently committed to play at Minnesota State-Mankato might just talk some hockey, too. Stern was a standout in the Upper Midwest High School Elite League this fall and was a member of the Minnesota Red team that routed Shattuck-St. Mary’s 10-3 in the league’s recent season-ending invitational tournament.

Stern’s current hot streak, however, doesn’t compare to the success he enjoyed this summer on an action-filled Ontario lake. Which brings us to that fish story.

The way Stern tells it, he and a buddy decided to kill some time on a rainy day by trying some low-key casting for northern pike. They grabbed light gear ---- baitcasters equipped with 12-pound test ---- and headed out on the lake.

Soon enough, Stern got more than he bargained for in the form of a giant muskie. After battling the behemoth for 30 minutes and then wrestling it into the boat ---- the pair didn’t bring a net big enough to handle the monster ---- it was time to document the feat.

Turns out a suitably sized dip net wasn’t the only essential item missing from this outing.

“We finally get this man-beast of a fish into the boat, and I said to my friend, ‘OK grab the camera,’ ” Stern said. “He was like, ‘I didn't bring it.’

“It was just unbelievable that we didn’t even have a phone on us. We had one boat with three cameras in it … there were no boats around us. It was the worst possible time to catch a muskie.”

To measure the fish, they used a permanent marker to draw lines on the floor of the boat. The inch count: 51½.

“Catching a muskie that size is extremely, rare,” Stern said (the Minnesota-record for muskies is 56 inches). “I'm still shocked to this day that I did it. We caught five in the whole group for the week, and I had three of them.”

Stern caught one muskie per day for three consecutive days. They measured 34, 44 and 51½ inches. He calls that his natural hat trick.

A top-scorer as a fisherman, actual hockey hat tricks are a rarity for Stern, who as a defenseman is as versatile as a Swiss Army knife but not necessarily built in the mold of, say, Bobby Orr.

Stern had six goals, 12 assists and eyebrow-popping plus/minus ratio of plus-29 last season for a powerhouse Cougars team that lost just four regular-season games and reached the finals of the Section 5AA playoffs.

“He is a very physical, tough, hard-nosed kid who has good skills with the puck,” Erik Aus said. “And he’s got a heavy shot.”

Throw in the fact that Stern is still in the process of packing muscle onto his 6-foot-2 frame (he currently is listed as weighing 175 pounds) and it’s obvious why multiple Division I programs have shown interest during the past year.

Stern, who drives a 2004 red Chevy Silverado with a lift kit and 35-inch tires, settled on MSU-Mankato because he likes the aggressive style employed by Mavericks coach Troy Jutting.

“Basically, there aren’t really any just stay-at-home defensemen on the team,” Stern said. “They have all got the big shot, they all work hard and they all throw the body.”

Helping Stern settle on MSU-Mankato was the inside intelligence he has been receiving from friend and former Centennial teammate Tyler Pitlick. A freshman forward, Pitlick is off to a fast start for the Mavericks with two goals and three assists in nine games.

“I’ve been talking to him quite a bit lately,” Stern said about Pitlick. “He is a lot of fun to play with.”

As for that fishing buddy who shall remain nameless, well, Stern isn’t one to harbor a grudge.

“Don’t worry, I’ve made him pay for not bringing a camera that day,” he said.

Is someone missing from our list of recruits? Send us an e-mail 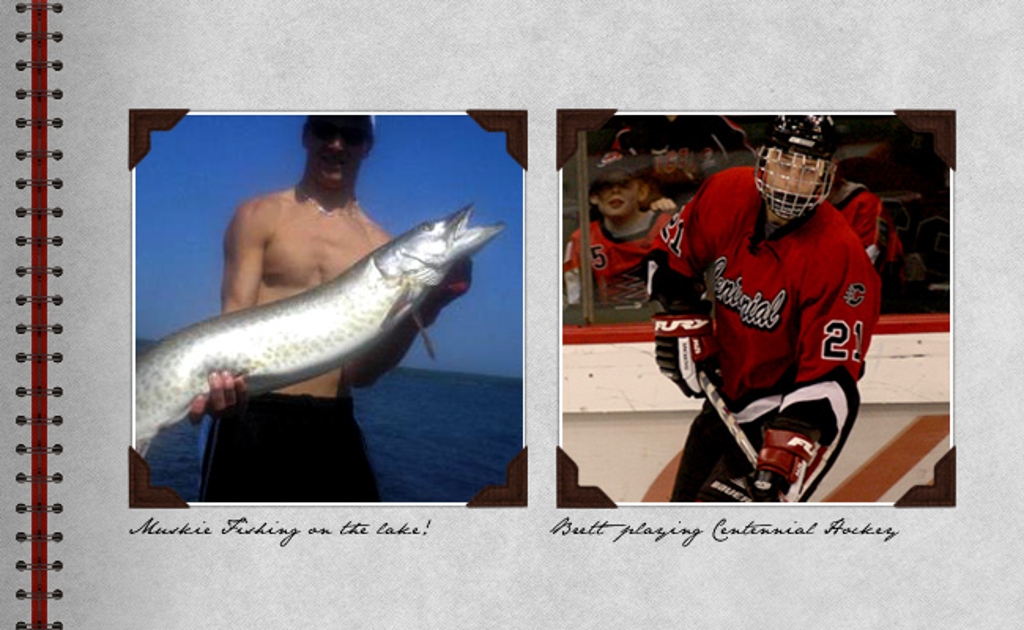