Nick Leddy was a do-it-all defenseman for Class AA champion Eden Prairie last season: rock steady in his own zone and an unstoppable skating, stickhandling and shooting force when the play transitioned out of the Eagles' zone.

Joe Rehkamp and Reid Herd ---- fast, fearless and relentless ---- epitomized Breck's Class A championship team last season. It was only fitting that the duo scored a shorthanded goal that all but clinched the Mustangs' title game triumph over Warroad.

Leddy, Rehkamp and Herd all were seniors. There's no denying their departures leave gaping holes in their team's respective lineups.

Still, as a testament to how loaded with talent Eden Prairie and Breck were last season, both teams earned the preseason No. 1 spot in a poll that included input from coaches and media members from around the state.

In Class AA, Eden Prairie edged Minnetonka in voting that made a clear distinction between those teams and No. 3 Bloomington Jefferson. After that, there was no consensus other than Benilde-St. Margaret's and Blaine both deserving spots in the mid- to upper-portion of the top 10.

In Class A, Breck and St. Thomas were the clear No. 1 and 2 choices, with Warroad coming in a distant third. 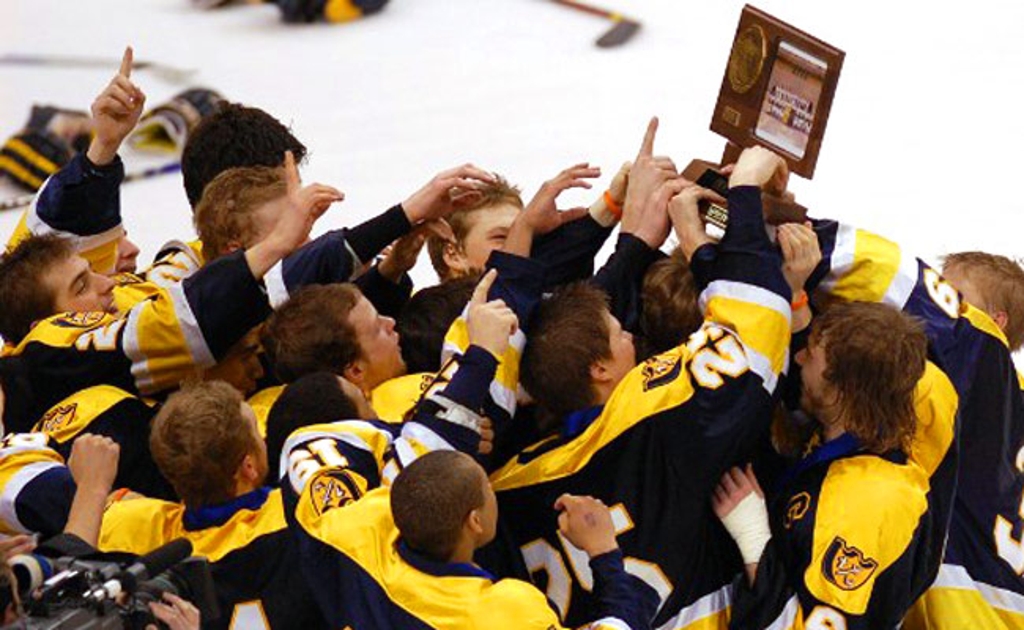