Mahtomedi hosts Breck in an early battle of Class A powers

It’s quite a showcase game to kick off the 2009-10 season, when Breck opens its Class A title defense with a visit to Mahtomedi, which has its own designs on a state title this winter. Both clubs are among the top-five in the state in Class A (Breck at No. 1 and Mahtomedi at No. 5) and the winner should both solidify its place in the rankings and bring into questions the other team’s position.

The Mustangs return 20 letterwinners and have to be considered the odds-on favorites to repeat, particularly with calm and collected goaltender John Russell in nets again.

Coach Les Larson did a great job getting last year’s youngsters to mesh into a formidable team in his first season behind the bench at Breck. Now with another year of experience, the Mustangs appear to be even stronger this winter – a scary thought for the other Class A teams in the state.

It starts in nets for Breck, which boasts Russell (21-3-1, 1.62), a three-year starter who had fans chanting his name during the final minutes of the state championship game last year. Despite being outshot 36-24 by Warroad, Russell kept the Warriors at bay and allowed Breck to win. Larson calls Russell arguably the best goaltender in the state, and he earned All-State honorable mention after the season.

Mahtomedi upset St. Thomas Academy in the section playoffs to get to state, but then lost both games once there. The Zephyrs have good offensive firepower, including junior rushing defenseman Ben Marshall, who has committed to the Gophers.

Marshall may miss his defensive counterpart, All-Classic Suburban defender Mike McDonald (3-17-20), who graduated along with high-scoring Brian Houdek (15-23-38) and Ben Holker (14-11-25). McDonald, who is with the USHL’s Sioux City this winter, was a defensive defenseman who helped contrast with Marshall’s puck-rushing ways. Seniors Jordan Dittberner and Blake Martin have the experience to help cover that role.

Mahtomedi will retain much of its scoring ability up front, where All-Classic Suburban snipers Charlie Adams (19-35-54) and Brandon Zurn (26-24-50) return for their senior seasons. Sophomore Tanner Jordan (13-9-22) also looks like a natural goal scorer with great potential.

“(Adams) has great hands and a shot. Look for him to have a monster year,” said coach Jeff Poeschl. “(And Zurn) is quick and smart, a natural goal scorer.”

Goaltender Brad Wohlers (17-6-2, 2.78) had some ups and downs during the regular season, but was instrumental in the Zephyrs' big playoff run. He’ll have some competition for the starting spot from sophomore Sawyer Marshall (3-2-1, 2.77). Poeschl expects it to be a very competitive battle. 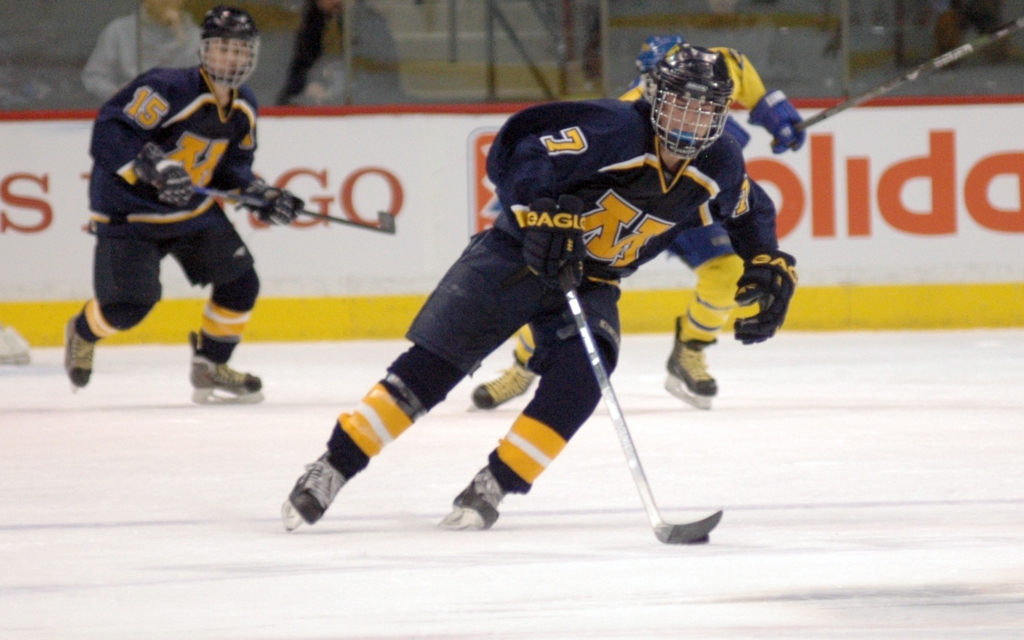