Cory Kautz is a senior captain on a Rochester Century hockey team seeking a return trip to the Class AA state tournament.

He's centering a line with two guys -- Jordan Martini and Drew Anderson -- who have been his wingers for most of their hockey-playing days.

Through just three games he leads the Panthers in goals, after leading the team in scoring last season.

But the coolest part of his senior season has to be that, for the first time since he started playing hockey more than a dozen years ago, his twin brothers -- sophomores Brock and Brandon -- are on the same team as him. 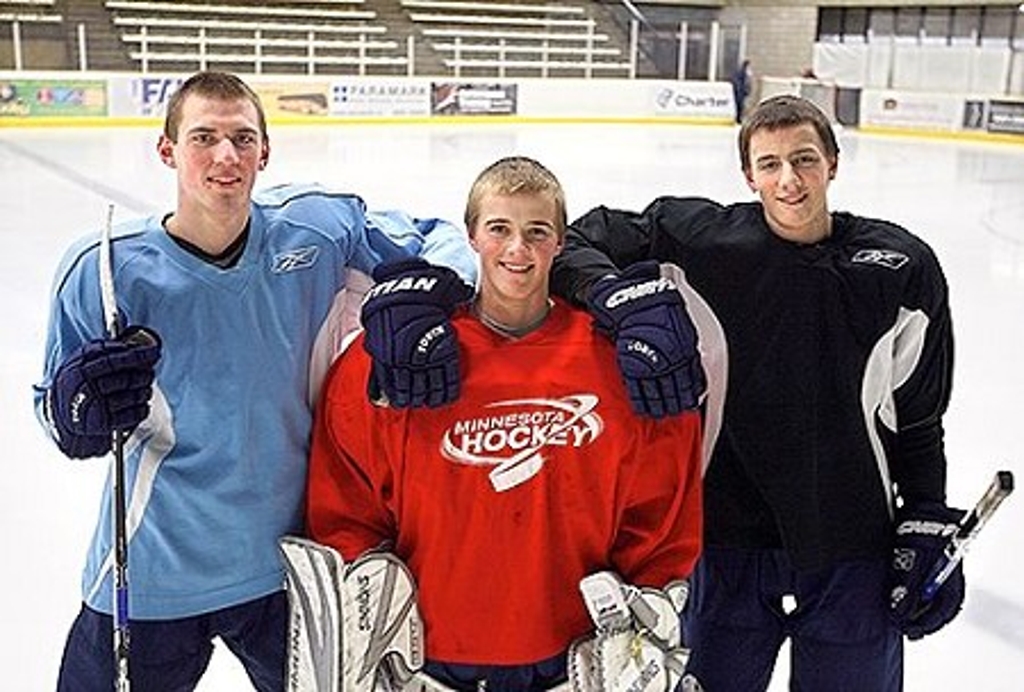