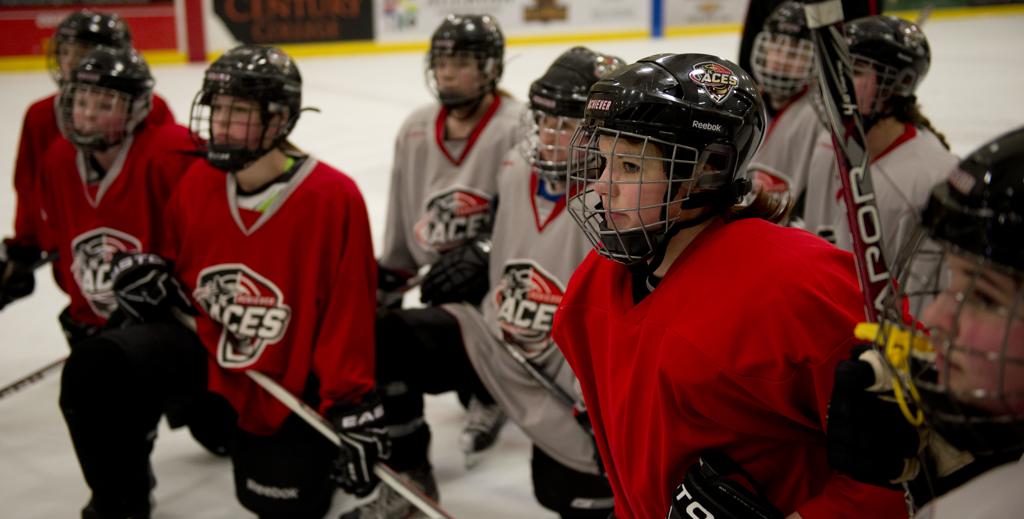 Achiever Academy withdrew its girls' team from the sectional playoffs last season and had five boys' players removed from the roster before the playoffs after the Minnesota State High School League began a review. Now, the school is renamed Bauer-Emerson

The most controversial program in Minnesota high school hockey will skate a different lane this season.

Achiever Academy, the school that withdrew its girls’ hockey team from competition on the cusp of reaching the state tournament last spring amid allegations of using ineligible players, has left the Minnesota State High School League.

It has a new name — Bauer-Emerson Prep Academy, based in North St. Paul. Like its predecessor, Bauer-Emerson will be a hockey-intensive private school. But its teams will play Tier I hockey, competing against programs such as Shattuck-St. Mary’s of Faribault.

Tier I hockey allows teams more games, fewer limits on training and less stringent player-eligibility requirements than those for schools that compete within the high school league. The school’s three women’s teams (Under-14, U-16 and U-19) and three men’s teams (U-14, U-16 and U-18) will be known as the Revolution.

The goal is “to be thought of like a Shattuck, but that’s a long ways off,” co-owner Greg Gartner said. A news release is expected Tuesday announcing the new school and hockey program.

Gartner and co-owner Tom Forsythe said there is demand for a metro-area Tier I program. A record number 41 players left Minnesota high schools last season seeking to polish their skills and improve odds of playing at the collegiate and professional levels. Gartner believes young hockey players and their families can be part of the competitive landscape while remaining local.

Bauer-Emerson joins Shattuck-St. Mary’s as the state’s only Tier I programs whose regular-season schedules run parallel to schools in the high school league. Conversely, the Northern Wings and Minnesota Blades play before and after the high school season. In June, Minnesota Hockey, the organization overseeing youth hockey, granted Tier  I status to them and Bauer-Emerson on a one-year provisional basis for the 2014-15 season.

“The community model of hockey is great and unique, but just like with schools, things don’t work out for everybody,” Forsythe said. “You need choices and options.”

Said Gartner: “It’s about finding your place, and I think there is a spot for us.”

The city of North St. Paul and School District 622 helped find space in the city community center for Bauer-Emerson, Forsythe said. Squirts and Peewee-aged students at the school can play on teams within the North St. Paul youth hockey association.

Gartner expressed confidence that he and Forsythe have “wrapped our arms around” the academic program they desire.

Three hours each morning will be spent training on and off the ice at North St. Paul’s Polar Arena as well as the Vadnais Heights Sports Center — the former home of Achiever Academy. Students then head to the school for four hours of classroom instruction.

The Bauer-Emerson name was uniquely inspired. Bauer, the German word for farmer, represents work ethic. There is no relationship to the hockey skate and apparel manufacturer. Emerson is a nod to American essayist Ralph Waldo Emerson and the idea of “self reliance,” Gartner said.

While Gartner and Forsythe acknowledged Tier I hockey is more in sync with their model, they have not ruled out a future return to the high school league.

“We would make sure to fully comply or we wouldn’t do it,” Forsythe said.

Questions about Achiever Academy’s compliance with high school league rules boiled over last February. At the root were concerns, shared in an unsigned e-mail sent to the league, that as many as six players did not meet residency requirements. In some cases, parents did not relocate to Minnesota when players moved here, the e-mail claimed. In others, in-state players transferred but no family move apparently took place, as required by league rules.

School officials withdrew their girls’ team just hours before the section championship game. A few days later, at least five boys’ hockey players from the school missed the section playoffs as a result of a school inquiry into their eligibility. The school, which had 71 students enrolled last year in grades seven through 12, did not disclose the exact nature of the eligibility questions.

USA Hockey, with less stringent residency rules, requires that a Tier I team must be registered where the majority of the players reside.

Only Bauer-Emerson students can try out and play for the Revolution. An evaluation camp for all six men’s and women’s teams will be held July 26-27 at the Vadnais Heights Sports Center.

“I think a year from now people will say we managed this properly,” Forsythe said.