It could be a study in contrasts Tuesday night at The Gardens in Warroad as one of Class A’s top lines faces one of its top goalies. Thief River Falls and North Dakota-bound senior goaltender Zane Gothberg visit Warroad and the high-scoring line of Nick Stoskopf, Brett Hebel and another North Dakota recruit, big Brock Nelson.

For that reason alone, the showdown between Thief River Falls and Warroad would be worth watching. But it’s the rest of the history behind the rivalry that makes this the game of the week.

In each of the past two years, Warroad had bounced the Prowlers from the Section 8A playoffs in heart-breaking fashion. Last year, Warroad earned a 3-2 victory in the Section 8A finals. Two years ago, the game went into double overtime before the Warriors pulled out a 2-1 victory.

This winter, both teams are on a collision course to meet again as the top two teams in Section 8A.

Warroad continues to produce an amazing plethora of hockey talent for such a small community, a tribute to its strong tradition and youth programs, as well as the varsity coaching staff led by Albert Hasbargen, in his fifth season with the Warriors.

Warroad has qualified for 11 of the past 16 state tournaments, winning titles in 1994, 1996, 2003 and 2005. And again, despite losing excellent talent to graduation, it would be difficult not to consider the Warriors the favorites in Section 8A. There are holes to fill, however, including scoring depth behind that top line.

Those five were the main returning veterans for the Warriors, who also had to replace All-State honorable mention goaltender Jason Goldsmith. Shawn Storey (5-1-0, 2.00), Goldsmith’s backup last winter, has been solid thus far, with a .886 save percentage.

Thief River Falls returns one of the best goaltenders in the state in Gothberg (6-1-0, 2.00) and a strong defensive corps paced by All-State honorable mention senior Jacob Malwitz (1-5-6). The Prowlers just may be one of the stingiest teams in the state.

Since allowing six goals to Roseau in an opening-night defeat, Thief River Falls has won six straight while giving up just eight goals. But to win Tuesday night, they’ll have to put the puck in the net. Matt Lindquist (6-5-11) and Micah Ranum (7-2-9) have been welcomed snipers, but have tallied nearly half of the Prowlers’ goals. 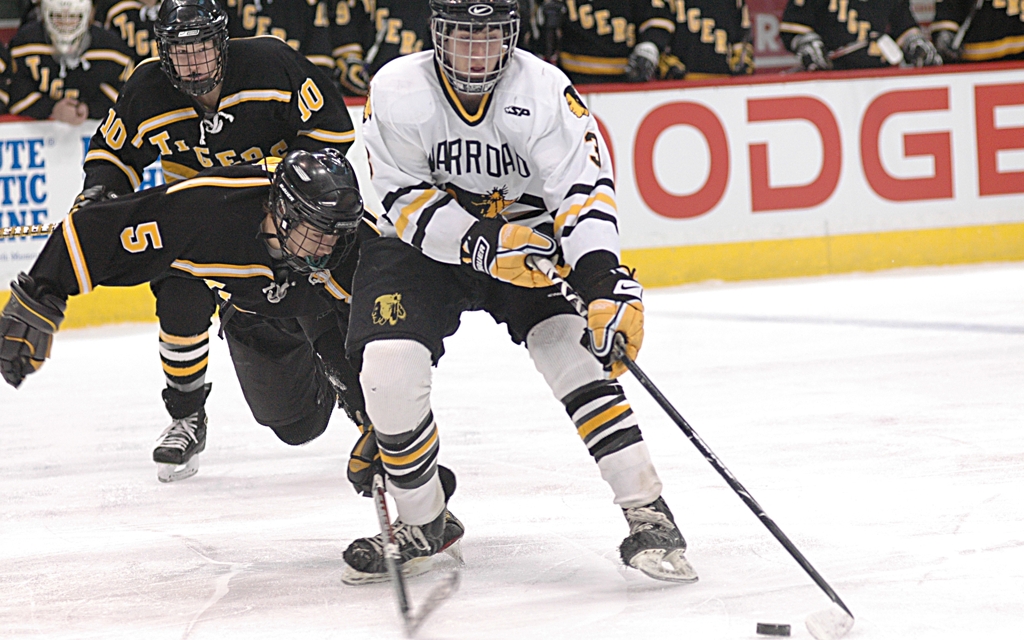