Turns out senior captain Bo Putrah was up to the challenge.

With a two-man advantage early in the second, Putrah scored two power-play goals within a minute of each other and finished with four tallies on the night during a 6-5 win over the Tigers at the Faribault Ice Arena.

“Bo basically kind of took charge and took over the game,” coach Brad Ryan said. “They just came out on fire (in the second period).”

Faribault (2-0) went 3-for-4 on the power play in the game and, ultimately, came away with the win due to a tenacious offensive attack that began with Putrah’s pair of scores after the first intermission.

The Falcons scored five times in the second period, with Putrah earning his hat-trick midway as well as senior Garrett Gulsvig and junior Sean Lipinski getting in on the scoring in the stanza.

For an early-season game that included a two-goal deficit and a ferocious comeback, Ryan said there was much to be happy about with the victory.

Still, one thing stood out: While the Falcons went 3-for-4 on the power play, Farmington (1-1) went 3-for-8 on the man-advantage.

Ryan said the team’s penalty kill is concerning because the unit looks as though it lacks an identity at the moment.

“It’s a fixable thing,” Ryan said. “By no means as a coaching staff are we worried about it, but it has to be a focus.”

Overall, Faribault goes into Saturday’s sectional game against New Prague with a sense of pride in its resiliency.

“I’m pretty proud of the guys,” Ryan said. “There’s no doubt the effort and skill is there. We have a bright future.” 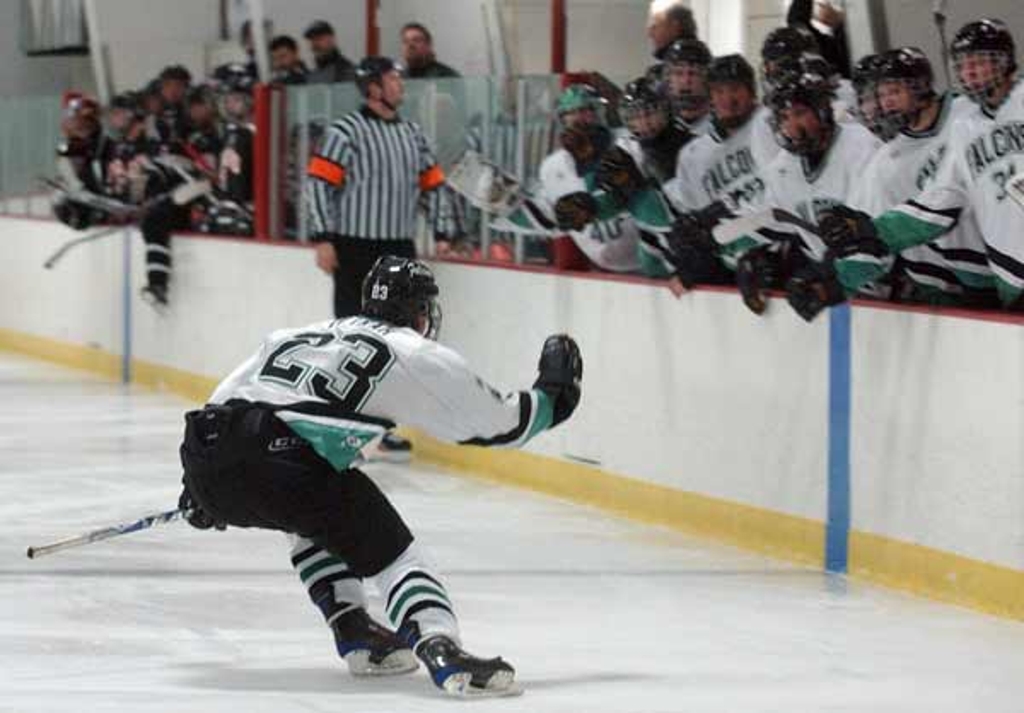