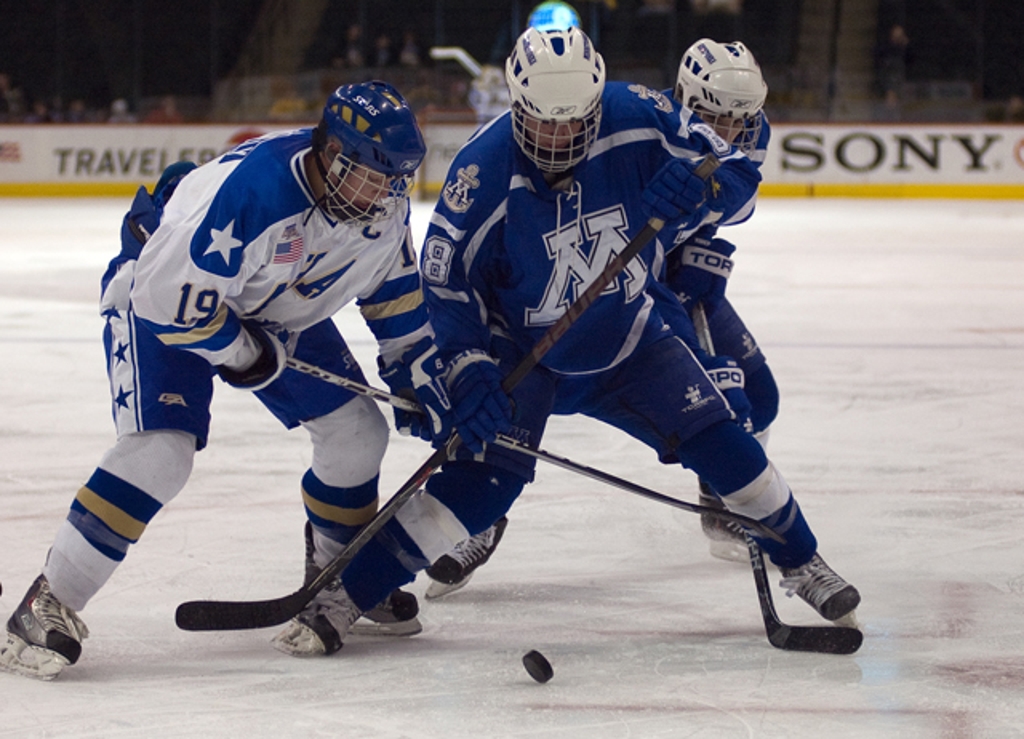 In what is fast becoming a regular occurrence for Minnetonka, the Skippers beat a ranked opponent handily and freshman Max Coatta lead the way with a multi-goal game.

The precocious freshman scored two goals and an assist as No. 1 Clas AA Minnetonka handed No. 9 AA Holy Angels its first loss of the season, 6-3, in the quarterfinals of the Schwan Cup Gold Division tournament at St. Paul's Xcel Energy Center on Monday afternoon.

In the past three games (victories over ranked St. Thomas Academy, Blaine and Holy Angels), Minnetonka has outscored the opposition 15-8 -- and Coatta has equaled that opposing goal total. But he's just one of many players who have come through this season for the Skippers, said coach Brian Urick.

"When you're ranked (No. 1), you're going to have a target on your backs," Urick said.  "People are going to be gunning for you.  But I don't think the kids are focused on being No. 1 or No. 2. They just enjoy playing the game and they like to win."

It's much easier to enjoy hockey when playing as well as the Skippers have been. They shut down the vaunted Holy Angels attack for much of the game, including keeping the Stars without a shot for more than 14 minutes in the second period.

Meanwhile, the Skippers' offense opened up a big lead thanks to goals from Justin Holl, Erik Baskin, Max Gardiner, Sam Rothstein and two from Coatta.

Minnetonka stretched its lead to 6-1 midway through the third period before the Stars' Ryan Reilly tallied two late goals to cap off the scoring. Connor Reilly and Jake Erickson assisted on both for Holy Angels, which was outshot 35-26.

Jim Kruger earned the victory with 23 saves, while Tommy Burke made 29 saves for Holy Angels.

1. Max Gardiner
The big Gophers recruit had a goal and two assists to pace the Skippers' offense. He continued to display a knack for finding his teammates in scoring position with terrific passing and at 6-foot-3, he's tough to knock off the puck.

2. Max Coatta
All the Minnetonka freshman does is score. He tallied two more goals (giving him eight in his past three games) and an assist, constantly finding the open space in the offensive zone.

3. Ryan Reilly
Reilly recorded two third-period goals to bring Holy Angels within 6-3.  He showed good speed and an uncanny ability to know where his two brothers (Mike and Connor) are on the ice.