Victory, and a loss 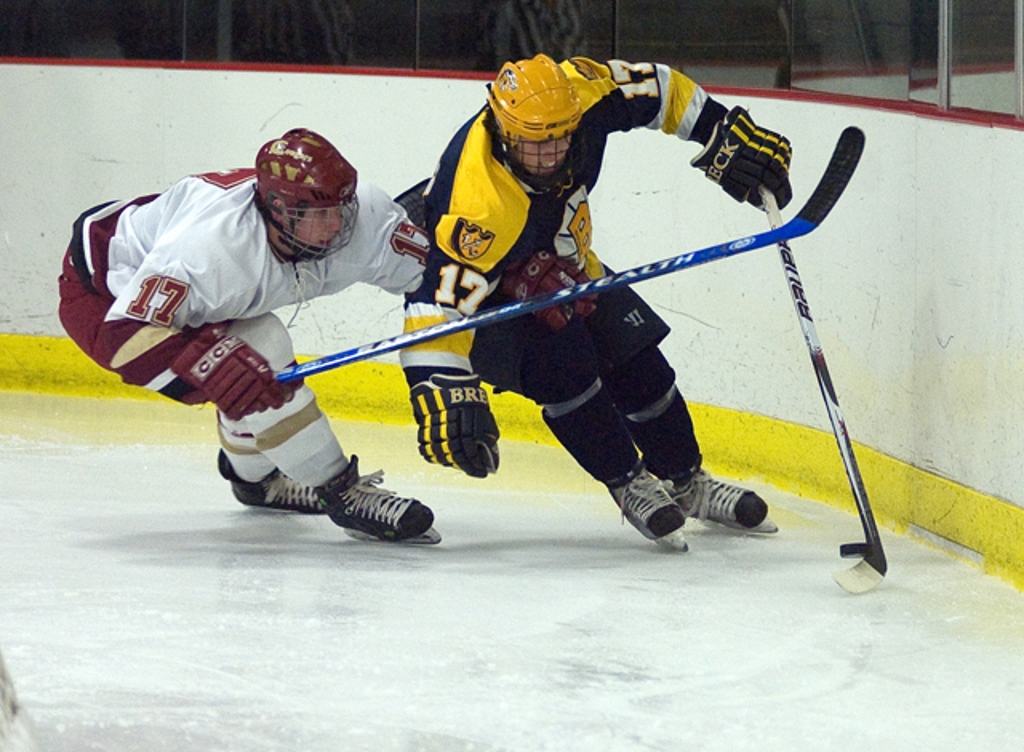 It took more than a period for favored Breck to swat away pesky Lakeville South in the Schwan Cup Silver division semifinals at Roseville Arena Tuesday night, but once the Mustangs connected, the stampede began.

Breck, the defending Class A state champions, pounded in four second-period goals en route to a 6-0 shutout victory – and a berth in the finals on New Year’s Day at the Xcel Energy Center against Mahtomedi.

“Sometimes you just get momentum,” Breck coach Les Larson said. “These tournaments that start on Mondays, it’s tough because you don’t practice on Sunday. Sometimes it’s tough to get the weekend out of your system. Things started clicking tonight as we went along.”

Senior forward Chase Nystedt tallied the Mustangs’ final three goals for a natural hat trick. Nystedt finished with three goals and an assist, while Charlie Borer was the only other Breck player with more than one point, collecting a pair of assists. Otherwise, the Mustangs’ scoring load was spread out evenly.

After the game, Nystedt described himself as a grinder, who just takes advantage of what his linemates give him. It’s been going well recently, as he has nine goals in his past four games.

Lakeville South upset Cretin-Derham Hall, 7-2, in the quarterfinals Monday to earn a spot opposite Breck in the semifinals. But the Cougars couldn’t find a way to put the puck past Mustangs’ goaltender John Russell.

Russell, the hero of last year’s state title victory over Warroad, stopped all 30 shots he faced, including a flurry midway through the first period with the game still scoreless. Breck picked up two penalties on the same whistle at the 11:59 mark, but Russell and his defense killed off the full two minutes of 5-on-3 play.

Michael Morin got Breck on the board with just 25 seconds remaining before the first intermission. His goal opened up the floodgates, as the Mustangs tallied four goals in an eight-minute span of the second to put the game away.

1. Chase Nystedt
Breck's senior forward scored a natural hat trick across the second and third periods to close out the scoring for the Mustangs in a 6-0 victory over Lakeville South.

2. John Russell
If a 30-save shutout can be considered quiet, that was Russell's performance. He made all the saves and was in position all night.

3. Michael Morin
Lakeville South hung close throughout the first period, but Morin finally got Breck on the board with just 25 seconds remaining before intermission. His goal was the game-winner and opened the floodgates.