Skippers pushed to the brink

Minnetonka scores twice in final period to rally past Edina 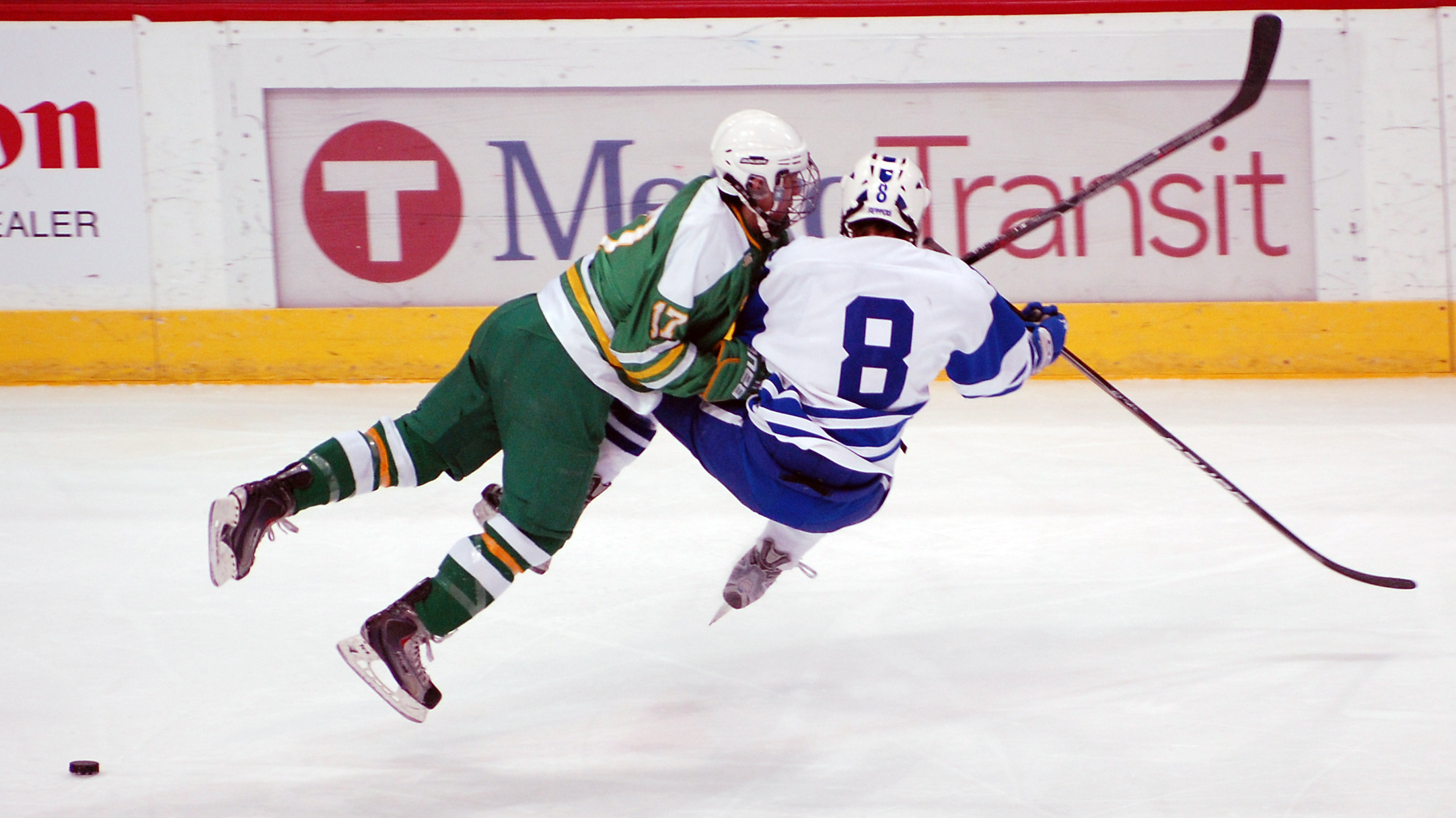 Skippers pushed to the brink

Minnetonka scores twice in final period to rally past Edina.

“Our whole team decided we have to step it up,” said Holl, the senior defenseman who was fooled by Edina’s Ben Walker on a third-period goal that had the Hornets on the verge of knocking off the Skippers on Friday night, Jan. 1. “If we think we are the No. 1 team in the state, we’ve got to go prove it right now, dig deep and see what kind of team we actually are.

“I think we are that team.”

Sixty-eight seconds after Walker’s goal, Holl scored his second goal of the night. Thomas Schutt then completed Minnetonka’s 3-2 comeback win with a rocket of a wrist shot that sailed into the upper corner of the net over stunned Edina goaltender Johnny Ankeny’s shoulder and catching glove.

And just like that, agony becomes joy, defeat becomes victory and water turns to wine. The Skippers go from down and out to hoisting trophies, posing for pictures and singing joyously in their locker room.

Minnetonka, ranked No. 1 in Class AA, is now 10-0-0 with wins over several of the state’s most highly regarded teams. The most impressive of those has to be the latest, as No. 7-ranked Edina (10-2-0) rolled into the Schwan Cup Gold Division championship game at the Xcel Energy Center on a nine-game winning streak that also included a string of victories over high-quality opponents.

Holl learned that lesson in excruciating fashion on Walker’s goal. The Minnetonka captain lost sight of the puck for an instant while battling behind the goal, giving Walker time to swing around the net and fire it into the upper corner.

“He came out front, and I got a stick on it,” Holl said. “Something happened, I think it went of the back of our goalie’s head, actually, and it went in the net.”

Minnetonka’s lightning-strike offense can be generated from all corners of the rink, including the blue line. Especially the blue line.

So it was only fitting that it was Holl who raced in alone on Ankeny and, with a nifty bit of forehand-backhand-forehand stickhandling, popped the puck into the goal to tie the game once again.

Holl’s first goal came on the power play, as he cruised in from the left point and one timed a cross-ice pass from fellow defenseman Andrew Prochno.

“(Holl) he got on his horse and got going a couple of times,” Edina coach Curt Giles said. “If you let (Minnetonka’s defensemen) do that all day long, you are going to have plenty of problems. I felt like we had to shut them down as much as we possibly could, because most of their offense comes from their defensemen.”

With leading scorer Max Gardiner is out of the Skippers’ lineup with a broken wrist, Holl’s emergence as a scoring threat has come at a most opportune time. A steady, stay-at-home type last season when he scored just one goal, Holl now has seven this season include four in his last four games, all of them against ranked opponents.

“He’s starting to pick the spots when to go,” Minnetonka coach Brian Urick said about Holl. “Especially down a goal, we tell him, ‘OK it’s time to be a little more aggressive and go for a goal.’ His eyes just light up when that happens."

1. Justin Holl, Minnetonka
Senior defenseman was beat defensively on goal that put Edina ahead 2-1 in the third period, but responded with vigor by scoring his second goal of the game to tie it just more than a minute later.

3. Ben Walker, Edina
Sophomore forward scored the third-period goal that, ever so briefly, appeared to have won the game for the Hornets.