ROSEAU — Throw away the wins and losses, the goals tallied and the state rankings.

When the Faribault High School boys hockey team traveled to Roseau for the Rams’ holiday tournament, the Falcons understood at the bare minimum they’d be competing against some of the purest, finest hockey teams in the state. In the process, they’d be bonding as a team in a way that might help them attain similar excellence.

“You play those teams, and it’s exciting to play hockey in northern Minnesota,” coach Brad Ryan said. “It’s a great situation to spend quality time together.”

The Falcons (8-4) did just that, taking third at the tournament after going 1-2 on the week. After Faribault’s 6-2 loss to Alexandria on Tuesday, the Falcons fell 8-3 to Roseau on Wednesday before defeating Lake of the Woods, 6-1, on Thursday.

Ryan said the weekend was appealing because while playing some of the top teams in the state — Alexandria is ranked No. 9 in Class A, while Roseau is No. 12 in Class AA. In the process, FHS, Class A’s 11th-ranked team, learned about itself and what it’s capable of.

Ryan said several members of the team, such as Jimmy Kittleson and Nick Murray, had strong weekends and stepped up in key situations.

He said playing state-ranked teams now will benefit Faribault as the team moves through postseason play.

“It makes us more comfortable whether we’re up or down,” Ryan said. “The pace of play, style of play and the intensity at the rink. It’s definitely to our advantage as a hockey team.”

The Falcons return to Big 9 Conference play Thursday with a home game against Austin before traveling to Owatonna on Saturday. It will be the first chance FHS will get to show off how it might have grown as a team in Roseau.

“It was exciting,” Ryan said. “Every team across the state has things they have to work on, but we’re pretty close to being ready.” 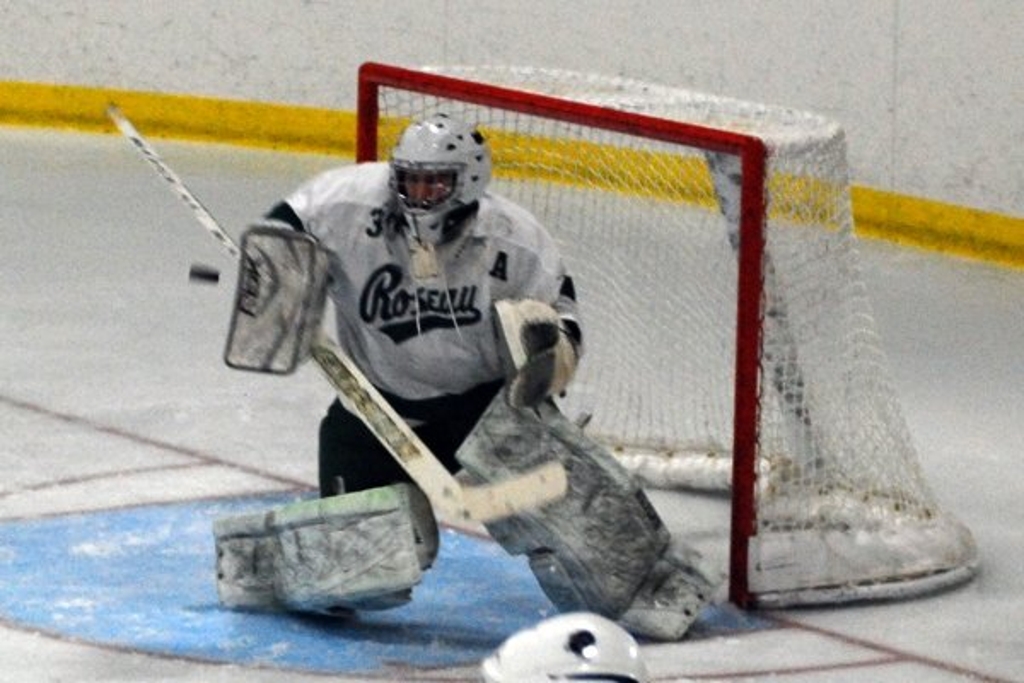