Roseau vs. Warroad: A rivalry renewed

The Week Ahead spotlights one of nation's most storied prep rivalries

Many claim there isn’t a better high school rivalry in any sport anywhere in the country than the annual Roseau-Warroad clash.

But the history involved in the series can’t be beat. Even the New York Times featured the game back in January 2007.

It isn’t wise to compete with the eloquence of the Times, which compared the two towns that sit just 20 miles apart on Highway 11 by saying that, “like most great rivalries, this one is between two places that are more alike than not.”

Warroad boasts of Henry Boucha and the Christian family and its amazing run of Olympians. Roseau can claim Rube Bjorkman, the Broten family and a sizeable clan of NHL alumni.

The Roseau Rams hockey website even has a specially dedicated page breaking down the game’s history, on which they can brag of a 92-59-4 edge. But Warroad took both meetings last season en route to a runner-up finish at the state Class A tournament.

This year both programs are ranked among the best in their respective classes and feature two of the best offensive lines in the state. Roseau has raced to a 12-1-1 mark under first-year head coach Andy Lundbohm, nearly equaling its 15 victories from last winter.

The Rams’ top line of Shane Omdahl (19-22-41), Adam Knochenmus (14-17-31) and Cole Kostrzewski (11-19-30) is among the highest scoring in the state. Omdahl is a high-energy player who sees the ice very well, Knochenmus is the anchor of the line and a terrific goal-scorer, while Kostrzewski has a nose for the net. Knochenmus may not be back for the big game, however, as he separated his shoulder over the holidays and was expected to be out three or four weeks.

Senior Ethan Kvidt (12-1-1, 2.25 GAA, .910 save percentage) cleared up an early muddled goaltending situation last winter after the early departure of Mike Lee to the USHL, and Kvidt has extended his excellence into this season. Roseau also has an underrated defensive corps led by Tim Tesarek (3-6-9), big (6-foot-3) Lyle Norman (2-9-11) and Taylor Hedlund (2-7-9).

Nelson is a powerful forward who also has great goal-scorer’s hands and touch. Hebel is a physical player with terrific intensity who can also find the net, while Stoskopf is a newcomer to the line this winter but has already mixed in well as a junior.

Defenseman Carson Gray (2-9-11), also an All-Stater last year, and Joey Olson (2-9-11) are the only other Warriors with double-digit points this winter, perhaps exposing the Warroad's scoring depth as its Achilles’ heel.

The Nelson-Hebel-Stoskopf line has tallied 40 of the team’s 49 goals through 13 games.

Shawn Storey (11-2-0, 1.69 GAA, .867 save percentage) has been solid in taking over from graduated All-State goaltender Jason Goldsmith. 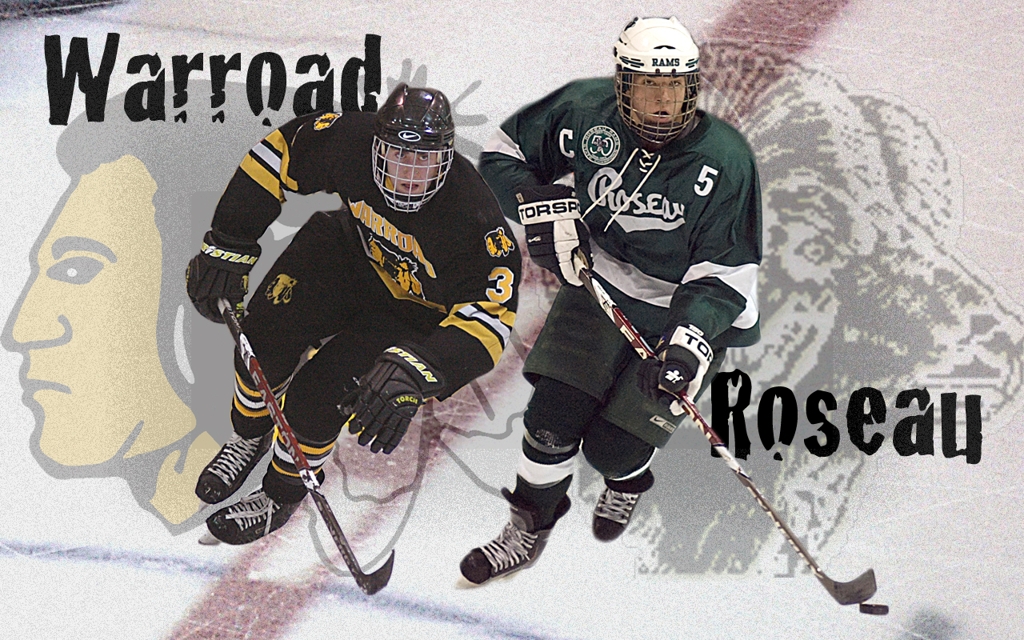