Forgotten star of the northwest

Q and A with Kittson Central's Craig Lindegard 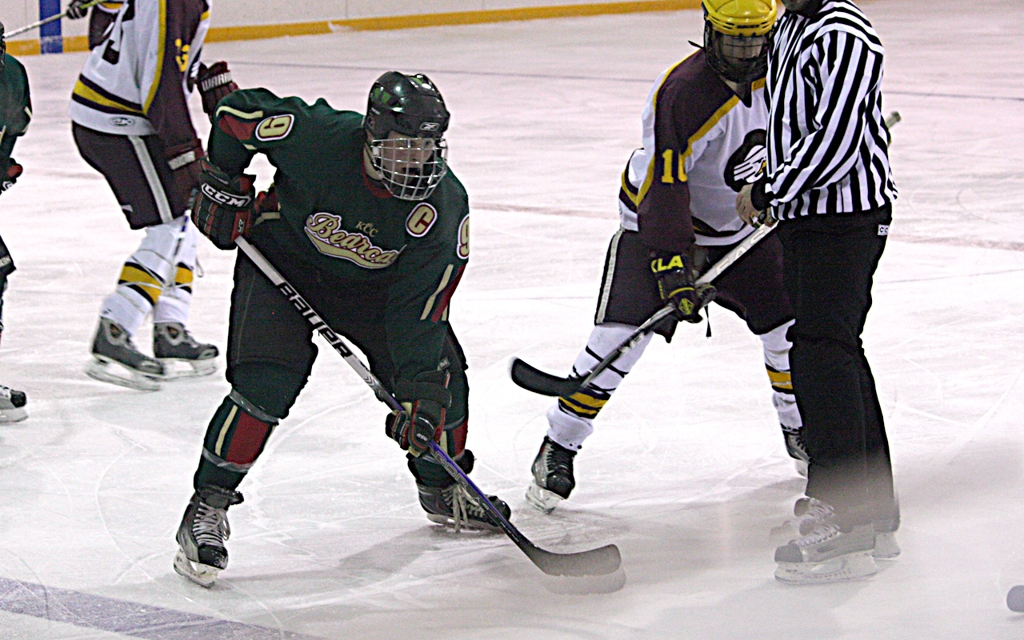 Tucked up in the far Northwestern corner of Minnesota is the tiny town of Hallock, home to some of the best farming soil in the nation, a view that seemingly goes on forever and one of the top boys’ high school hockey goal-scorers in the state.

Through the first 13 games of his senior season, Kittson Central sniper Craig Lindegard has already ripped in 25 goals to rank second in the state, tied with Detroit Lakes’ Tanner Lane and eight behind St. Francis’ Joey Benik.

It isn’t just a one-year explosion either. Lindegard led the Bearcats in scoring as a junior and a sophomore. Yet most hockey fans have never heard of him.

It’s definitely a case of out-of-sight, out-of-mind regarding Lindegard. If pushing the speed limit, it still takes a lonely six-hour drive to get to Hallock from the Twin Cities. Residents of Hallock don’t consider a drive to the big cities to be a trip in that direction. Nope. The nearest big city is Winnipeg, Manitoba, just two hours by car.

That disconnect between the heart of Minnesota high school hockey and the far Northwest (outside of the Roseau-Warroad corridor) has kept Lindegard out of the spotlight. Even so, his accomplishments are becoming increasingly difficult to ignore.

This past week, the Breakdown spoke to Lindegard about his scoring exploits, the hockey atmosphere in Kittson Central and whether he has any prospects to play collegiately.

Breakdown: Kittson Central isn't known as a hockey power (football more so) and most certainly doesn't get a lot of statewide recognition, so can you tell me what the atmosphere is like at a Bearcats' game? How do the communities support hockey?

Lindegard: We have some diehard fans -- it’s how we’ve kept hockey alive in our town and school. We don’t always have a huge group of students because most of our games are the same nights as basketball games, but the ones that like hockey are always there to cheer us on, and in some of our close games it gets really wild! We even get a few former players’ parents at our away games. So even though we don’t get a lot of recognition or media, our community supports us. That’s the way it is in a small town.

Breakdown: You've almost equaled last year's victory total already ... what has been the key to a successful start to this winter?

Lindegard: Yeah, we’ve had a great season so far. The key has been the hard work put in by all teammates and the chemistry we have on the team. We have many underclassmen, in fact we have an eighth grader who starts, so it’s important for us older ones to make them feel comfortable as they come from Pee Wees to JV and varsity.

Breakdown: What is the key to continuing that forward and making some noise in the Section 8A playoffs?

Lindegard: Right now we seem to be in a little bit of a slump, but we can pick it up and get back on track. As far as making it very far in the Section 8A playoffs, we don’t really look that far ahead. Normally we play the play-in game and then go up against Warroad or Thief River Falls, but anything can happen.

Breakdown: Is it tough to have a powerhouse like Warroad, who seemingly always has a stranglehold on the section? How do you get up for a game against a team like the Warriors?

Lindegard: We don’t have a problem getting up for the big games like Thief River Falls, East Grand Forks, Crookston and such because it is just a rush to have a close game with the better teams. If we don’t get up for those games we’d get killed.

Breakdown: What has it been like playing for a new coach, Scott Klein? What does he bring to the program?

Lindegard: He works us hard and gets the most out of everyone. We all have a lot of respect for him and he has made it fun this year. He’s also good at talking to us and telling us what we do wrong and what we need to do to get better.

Breakdown: Give me a short scouting report on yourself as a player. What are your strengths and what allows you to be such a goal-scorer?

Lindegard: My strength is my ability to put the puck in the net and set up my teammates. I have a good sense for the game. I attribute that to the off-season shooting I’ve done since I was two years old in my basement and garage year round. My older brother was a goalie so I played against him a lot. I also feel I got some talent from my grandpa, Jerry Lindegard, who played for the Minnesota Gophers from 1946 to 1949. My dad was also a good player. He was the “top of the league player” for the Hallock Bruins, a team in a semi-amateur Canadian league.

Lindegard: I trained hard last summer in a local weight and conditioning program with our football team. During the season I’m just working on maintaining that level and getting in better cardiovascular shape so I can contribute more.

Lindegard: I really don’t have any ritual or superstitious things. I shoot left-handed because I had an infection (salmonella) in my elbow when I was six years old. It ate away the bone and cartilage so after seven surgeries and a bone graft I can no longer use my right hand for most sports. So I’m left-handed for throwing, shooting, batting and golfing.

Breakdown: Have you been getting attention for playing hockey at the next level? Have you made any decisions on where you'll be playing next winter?

Lindegard: No, I haven’t gotten much attention at the next level. I had a little contact with a junior team last summer after a tryout and just recently again, too. I think the big disadvantage of coming from a small town is that you don’t get any publicity or recognition. Most scouts look at the larger teams like Roseau, Warroad, Thief River Falls and such where there are several good players. We aren’t a powerhouse program, but I feel I’ve had a good high school career. I’ve thoroughly enjoyed my hockey days in Hallock and I’m hoping for some more wins -- and then for the opportunity to get on a team at the next level and hopefully land on a college team in the future.