Guidance from the past

There was a special feeling in the Faribault High School boys hockey locker room just after warm ups Saturday at the Faribault Ice Arena.

The Falcons got a visit from the 1993 FHS hockey team — the lone section championship squad in school history — and the alums chatted with this year’s crew about what it means to be part of a successful team.

Then, almost on cue, the 12th-ranked Falcons unleashed a furious offensive outburst on visiting Minnehaha Academy (6-7), ultimately beating the Redhawks 12-1.

Goalie Aaron Forgaard notched the win as he steered away nine of the 10 shots he faced.

“They’re working hard,” Ryan said. “They’re finishing and putting the puck in the back of the net.” 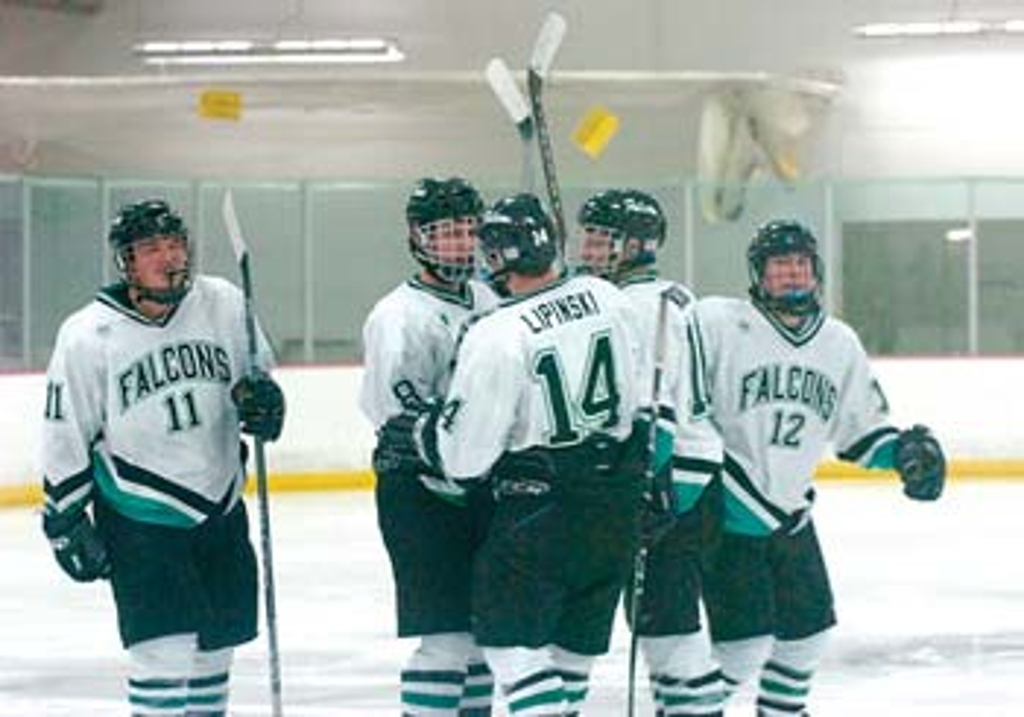