Seeking the head of the (Classic) Lake 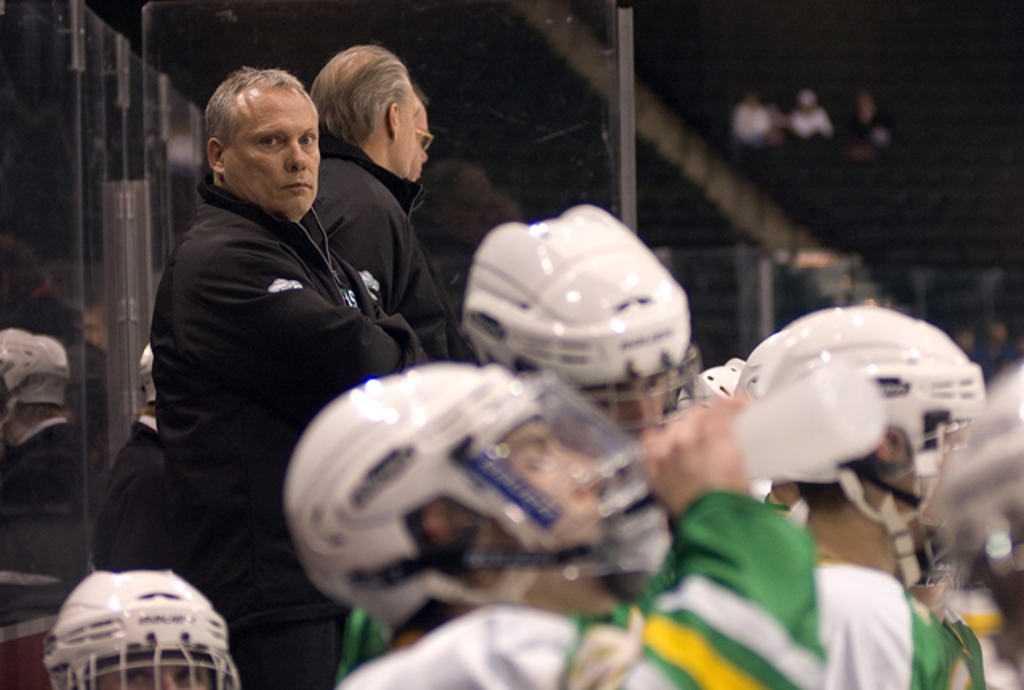 When the No. 1 and No. 2 teams in the state get together, it’s sure to be the Game of the Week.

The top two teams in the Minnesota Hockey Hub’s Class AA rankings renew their Classic Lake rivalry this Saturday night at Pagel Activity Center. Just three weeks earlier, the No. 2 Edina Hornets (12-2-1) and No. 1 Minnetonka Skippers (15-0-0) met in the championship game of the Schwan Cup Gold division with Minnetonka earning a tight 3-2 victory. Surprise scoring sensation Justin Holl netted a pair of goals, while Thomas Schutt tallied the game-winner with 7:07 remaining in the third period.

Edina actually led 2-1 in the third period, but couldn’t close out the Skippers.

That game continues to be the closest anyone has come to beating Minnetonka this year.

The Skippers are who they were for that first meeting – and that includes the continued absence of star forward Max Gardiner, a University of Minnesota recruit who was hurt in the Schwan Cup Gold semifinal victory over St. Thomas Academy. Three weeks later, Gardiner still is tied for the team lead in points (11-18-29).

But in his stead, Minnetonka’s very strong defensive corps with three D1 recruits has added offense to its game.

Holl (12-5-17), a University of Minnesota recruit, has tallied seven goals in the six games since Gardiner was hurt. Coming into the season, he had just one goal total in the past two seasons. Holl is a very strong skater with a heavy shot from the blue line. Paired with NHL draftee and University of Wisconsin commit Troy Hesketh (2-10-12), it’s a formidable duo on the blue line. Meanwhile, shifty and explosive Andrew Prochno (6-23-29), a St. Cloud State recruit, has continued to add his offensive mark and has tied Gardiner for the team scoring lead.

Up front, the Skippers have also shown they have plenty more firepower than just Gardiner. Junior Derek Frawley (9-18-27), freshman Max Coatta (12-8-20) and senior Thomas Schutt (11-9-20) have carried on quite well.

If Minnetonka appears loaded with star players and top-level recruits, Edina may be just the opposite. The Hornets have been getting it done without much individual fanfare this season, quite a departure from last year’s star-laden team.

Entering the year, expectations for the Hornets were low after the graduation of Mr. Hockey finalists Anders Lee and Marshall Everson, NHL draftee Zach Budish and standouts Connor Gaarder and Brendan Baker. But Edina has ridden a “team-first” attitude all the way to the No. 2 spot in the rankings.

That’s not to say there isn’t talent in green and gold.

Senior forward Charlie Taft (11-7-18), the team’s leading scorer, has been ranked by the NHL Scouting Bureau, while junior forward Michael Sit (7-7-14) and senior defenseman David Jarrett (2-8-10) both represented the state on Select teams this past summer. Junior defenseman Max Everson was also a Minnesota Select choice, but has missed the past several games and may not play Saturday either.