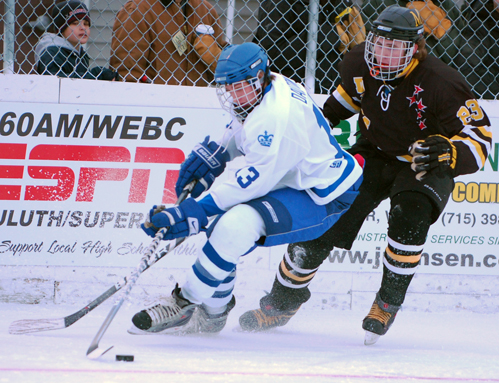 Feature Story: Hopkins players have time of their lives 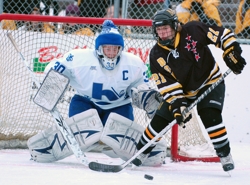 A heavy check put so much pressure on the boards it snapped the two-by-four that was supposed to hold the Zamboni doors shut.

An unlucky photographer was unable to dodge a puck that was shot just over the boards at eye-level and suffered serious damage to his face.

For better or worse, that’s outdoor hockey. Mostly, though, it was for the better on Saturday, Jan. 23 – Hockey Day Minnesota 2010 -- at Outdoor Rink No. 3 adjacent to the Hermantown Arena.

Hours upon hours of preparation by an army of volunteers in Hermantown, the hockey-mad community just northwest of Duluth, allowed the made-for-TV event to come off in spectacular fashion despite uncooperative weather that threatened to make the meticulously prepared ice sheet unplayable.

“It was a blast,” said Fons, a senior who was in all the right places at all the right times in the Royals’ 6-0 triumph over Duluth Marshall in the first of back-to-back boys games. “Probably the most fun I’ve ever had at a hockey game.

“You try not to look too far forward on the schedule, but this is something we had kind of in our back the minds ever since it was announced.”

Temperatures hovered around freezing leading up to Saturday’s games, and alternating rain and sleet showers turned pockets of the ice to slush just hours before Hopkins (9-9-0) and Duluth Marshall (7-9-0) were to take the ice for their 10 a.m. opening face-off.

Volunteers worked most of Friday night and well into the early hours of Saturday doing all they could to ensure Plan B, moving the games indoors, wouldn’t become a consideration.

“The ice was actually good,” Fons said. “I guess it rained last night, so there was a thin coat of ice on the top. Once we got going and took that off, it was great.”

Hopkins senior Archie Skalbeck scored three goals, clanging one in off the top bar inside the net to cap a spectacular series of moves that ended with him alone in the high slot.

“It was the most fun I’ve ever had in a hockey game,” said Skalbeck, who leads the Royals with 24 goals and 45 points. “Our team has never been in any state tournaments or anything, all the through Pee Wees and Bantams. It’s probably the biggest game most of these kids have ever played in, including myself.”

Hopkins, as it turned out, caught a break by being the home team. The Royals had the gusting winds at their backs for two periods, a variable that doesn’t come into consideration indoors.

“We got lucky that we got that end for two periods,” said Fons, who ranks among the top handful of goaltenders statewide. “I wear contacts, the wind was in my eyes, and it was hard to see. I was standing there like this (bending forward). I had to literally lean forward or I would get blown back into my net.”

Two of Fons’ best saves came in the first period, when he robbed Duluth Marshall’s Dane Morin twice in the span of a minute with brilliant saves. But his best play all day was the decision to wear that hat.

“It might be good luck, I might have to keep it going,” Fons said with a laugh when asked if might make the extra piece of headgear a permanent part of his gear. “It actually helped keep me pretty warm, so it worked out.”

For Hopkins, there wasn’t much that didn’t go off as planned.

“It was great, just in terms of experience for the kids and the coaches for that matter,” Royals coach Chad Nyberg said. “Playing in the elements, stuff you did as a kid. It kind of brought you back.”

1. Alex Fons, Hopkins
Senior goaltender made a dapper and practical choice by opting to wear a stocking cap over his mask. Oh, and he played great, too, making 11 of his 26 saves in the first period to keep the Royals in the game.

2. Archie Skalbeck, Hopkins
Shifty, speedy senior (pictured below) registered a hat trick and threw his body around some, too, showing a little grit to go along with all that flash and flair.

3. Dane Morin, Duluth Marshall
Senior forward had two of the Hilltoppers' best scoring chances, both coming in an evenly played first period and with the outcome still in doubt. 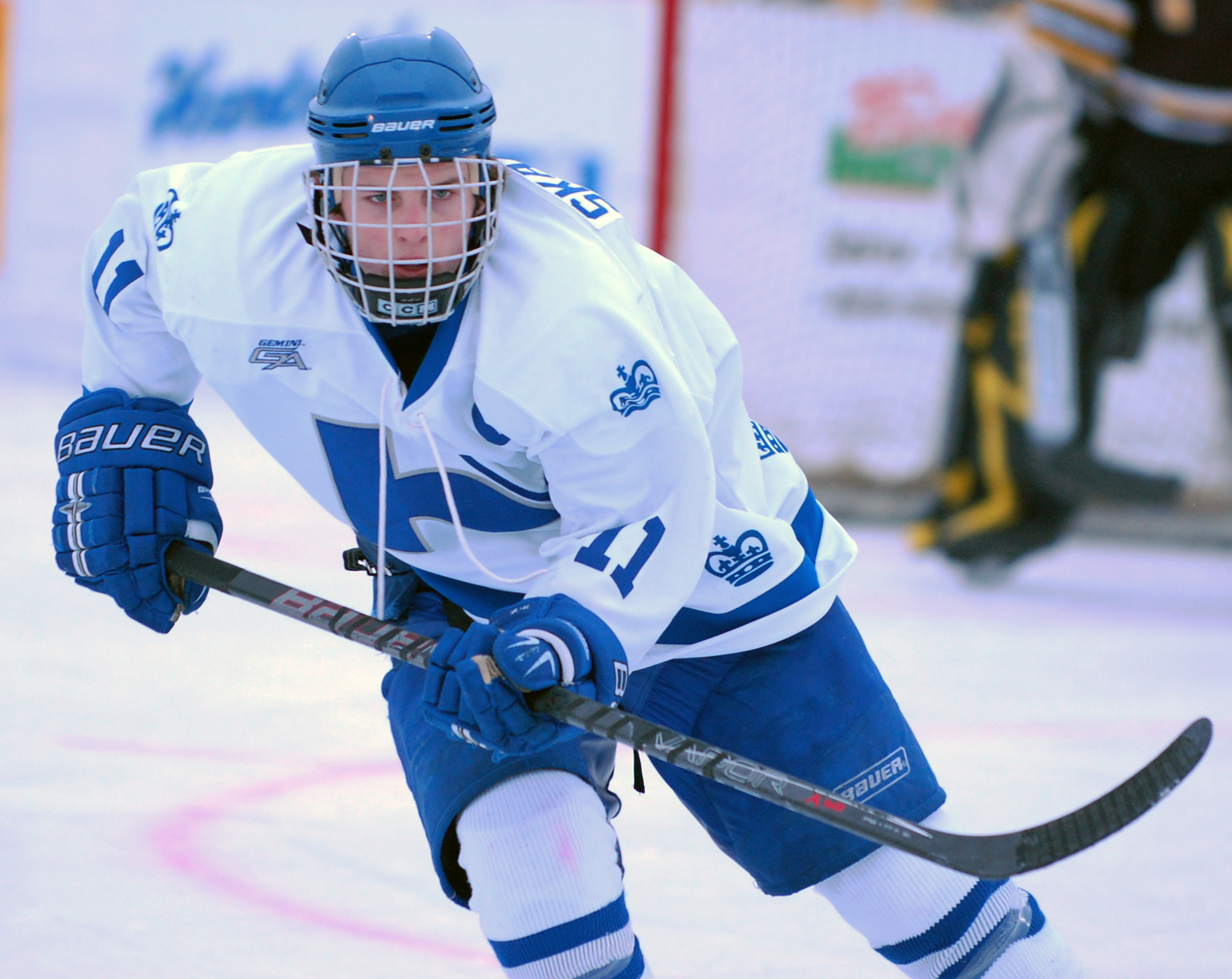