Cat fight in the Lake

The Week Ahead features a showdown between Jefferson and Eagan 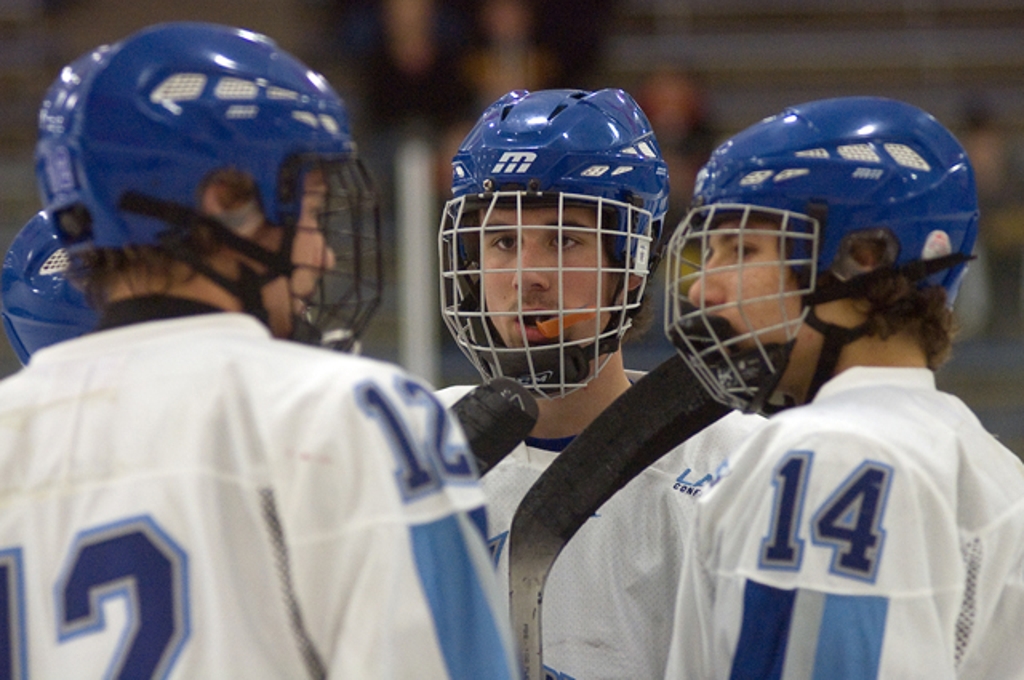 Admit it. Unless you’re a die-hard Eagan fan (or perhaps the parent of a Wildcat), you never expected this game to have such meaning.

At the beginning of the season, Eagan was considered a team that had some rebuilding to do. The Wildcats had a good year in 2008-09, going 17-9-1 (12-7-0 in the Lake Conference), but lost its two top scorers (Tony Markstrom and Eric Thorn) and top two goaltenders (including All-Lake choice Trent Caspar) to graduation. Little scoring power and even less experience in nets returned, not a good combination in the powerful Lake.

On the other hand, Bloomington Jefferson was considered one of the early favorites to win a state title, powered by a deep returning lineup that included D1 defensemen Jeffrey Pauluk and Joe Faust. Other than losing Brimsek Award winning goalie Casey O’Connor, the Jaguars were loaded for a deep playoff run.

But a funny thing happened on the way to the X.

Eagan surprised many observers by winning the first meeting between the two teams, a 4-3 thriller back on Dec. 17, when the Wildcats were an unknown quantity and Jefferson was streaking. The early thought from the game was that it was just a hiccup on the Jaguars’ slate – nothing more.

But the Wildcats just kept on winning. Eagan lost only one of its first 17 games against Minnesota high school competition (15-1-1), but was humbled in its most recent game, an 8-2 loss to Burnsville. Still, Eagan finds itself ranked in the top-10 in the state in Class AA, in some polls ahead of Jefferson.

Sophomore Michael Zajac (12-17-29) leads a young team in scoring, but there is plenty of balance with eight players scoring at least five goals and a dozen with at least six points. The Wildcats aren’t a high-scoring team, notching just 3.79 goals per game, but they have been very stingy with only 2.32 goals against per contest.

Junior goaltender Tommy Bodecker (13-2-1, 2.07, .914) has been terrific in nets, not just shoring up a question mark from season’s start, but making it a team strength.

On the other bench, Jefferson started the new year off with a few hiccups, but has won three straight Lake Conference games in easy fashion, by a combined 29-4 over Chaska, Kennedy and Lakeville South.

The Jaguars have five players with double-digit goals already (including Ryan Siiro and Nick Nielsen) and a dozen with double-digit points (adding in Zach Knight, Johnny Roisum, Tim Donohue, Eric Freschi, Alex Nicholas and Jake Perpich). Jefferson can play its top two lines with little difference between them, as well as getting significant offense from the blue line.

Pauluk and Faust log as much ice time as any defensemen in the state and are both creative and dangerous. Justin Woodley (9-3-2, 2.28, .887) has taken over the majority of time between the pipes.