Tired of Edina’s legacy as the ultimate champion in Minnesota’s ultimate prep pursuit? Then you’re not going to like what’s coming. 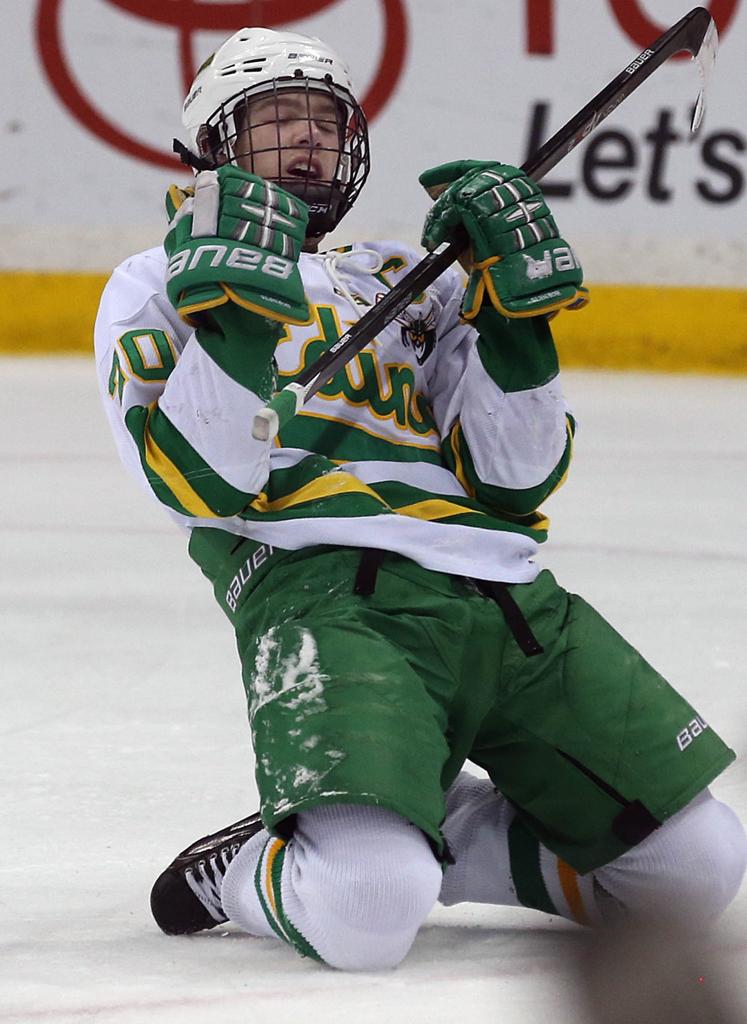 Tired of Edina’s legacy as the ultimate champion in Minnesota’s ultimate prep pursuit? Then you’re not going to like what’s coming. Edina is favored to become the first team to win three consecutive big-school state hockey titles since Bloomington Jefferson (1992-94). The Hornets endured a few losses but return nine championship-game veterans. Already the most decorated program in boys’ hockey annals, Edina is after its 13th state title (including the three Willard Ikola-coached Edina East teams).

Minnesota’s tougher rules to make high school hockey safer are now the national standard. In May the National Federation of State High School Associations adopted Minnesota’s model, which elevated boarding and checking from behind to automatic major (5-minute) penalties. If the hits are flagrant, a misconduct penalty and ejection can be called. Minnesota’s 2½-season experiment with this penalty structure, launched after a life-changing injury to Jack Jablonski, created a less-reckless game.

4 FROM BLAINE TO BRAINERD

After 14 years at Blaine, Dave Aus sought a small town for his family and a program with big dreams. Brainerd provided both. The addition of Aus behind the Brainerd bench surprised many of Aus’ peers and elevated the program’s stature. Under Aus, the Bengals reached the state tournament six consecutive times from 2006 to 2011, finishing as high as third. Just reaching state would be huge for Brainerd’s program. The Warriors were section runners-up in 1991, 2012 and 2013.

Hockey’s version to football’s Friday night lights — the Class 2A, Section 4 and 5 championship doubleheader at the Lee and Rose Warner Coliseum on the State Fairgrounds — is no more. A permanent ice-out at the former funkiest joint in high school hockey leaves a hole in the sport’s postseason pageantry. The section finals will be decided at Aldrich Arena in Maplewood on separate nights.