For Mahtomedi's boys' hockey team, the time has arrived

A wave of players with a record of success is lifting the boys’ hockey team. 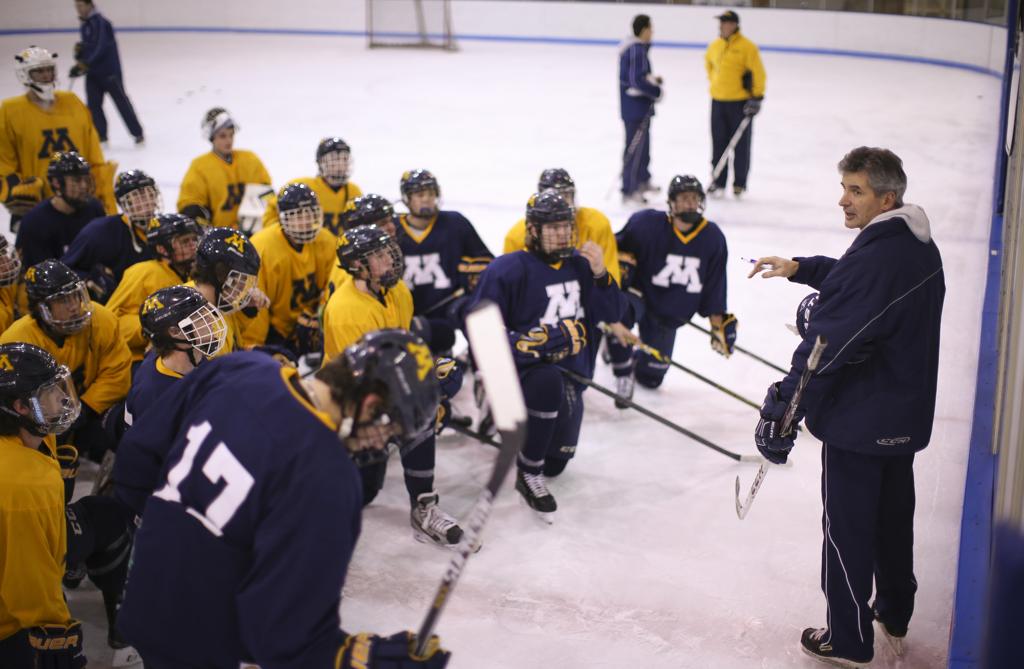 Poeschl, who’s in his 18th year leading the Zephyrs, watched Mahtomedi win the Bantam A state title two years ago. Those kids, now juniors, make up what’s “probably the strongest group” Mahtomedi has ever had, according to Poeschl. Mix them with a handful of highly talented seniors and you have the makings of something extraordinary.

“We knew there was a lot coming up,” said Poeschl, whose Zephyrs are ranked No. 5 in Class 1A to start the season. “Once we could combine that younger group with the top end of our older group we knew we had the makings of something special.”

Last year, Mahtomedi’s top line of Campbell, leading scorer Jack Becker and Sam Krawczyk combined for 84 points in 25 regular-season games as the Zephyrs went 15-10. This year, Poeschl is mixing things up as he feels depth is the true strength of his team.

“This is the deepest team I’ve ever had in my 22 years of coaching,” Poeschl said. “It’s not common. I think we’ll get production from all three lines — and that’s a luxury most teams don’t have.”

In Mahtomedi’s first two victories this season — 7-5 over Class 2A, No. 15 Cretin-Derham Hall and 7-1 over Class 1A, No. 8 St. Cloud Cathedral — nine different players scored for the Zephyrs.

“We have three lines that can put up points every time we go out there,” Campbell said.

Becker, a junior who led Mahtomedi in scoring as a sophomore with 36 points (23 goals, 13 assists) in 25 games, is widely regarded as one of the state’s top players. He’s basically a lock to join a Division I team after high school and likely will be selected in an upcoming NHL draft, following the footsteps of former Zephyr and current Gopher Ben Marshall.

Becker scored a hat trick in Mahtomedi’s season-opening victory over Cretin-Derham Hall but didn’t play as the Zephyrs rolled over St. Cloud Cathedral, because he was out with an illness.

“It’s a fun group because it’s not all about one guy or one line,” Poeschl said. “I think that’s where we’ll surprise teams. Looking at our lineup I’d strategize the same way — I’d want to stop our top line and keep Becker off the scoresheet. But, if teams do that, I can think of five other guys that are going to hurt you.”

“Last year we were so close to getting to state,” said senior defender Zack Taylor, a team captain playing his third varsity season. “It’s definitely within our reach this year.”

Mahtomedi has been to state seven times but doesn’t have a title. The Zephyrs’ best finish was third in 1994.

Where does this year’s club rank against the Zephyrs greats?

“It’s way too early to tell,” Poeschl said. “I think they have the ingredients of being one of the best teams to come out of Mahtomedi. But there’s a lot of hockey to be played.”