Minnetonka on a mission 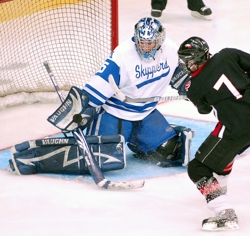 Dating back to their youth hockey days -- it's been far too many years, Minnetonka senior Troy Hesketh will tell you -- the Skippers always seem to run into a better team come playoff time.

"We're tired of being labeled as choke artists," Hesketh said after Minnetonka beat Eden Prairie in the Section 6AA final at the Target Center.

In what would have made a fine state championship matchup based on the teams' pedigrees -- Minnetonka was ranked No. 1 and Eden Prairie No. 3 in Class AA --- the Skippers surged past the defending state champion Eagles 7-2.

That resounding victory made Minnetonka (25-1-2) the obvious choice to draw the No. 1 seed in the state tournament. While the Skippers are the clear favorite, the other three seeded teams -- Edina, Blaine and Hill-Murray -- each feel good about their chances of making a championship run.

No. 2 seed Edina (20-6-2) is the only team to beat the Skippers this season (although the Hornets lost twice to them as well). This year's Hornets have commonly been referred to as a "lunch bucket" or "hard hat" team (pick your favorite blue-collar cliche), but don't be fooled. There is plenty of finesse and skill mixed in with all that grunting and grinding.

No. 3 Blaine (21-4-3) lost a back-and-forth 4-3 thriller to Minnetonka in late December, a game that proved the Bengals have the high-end players to compete with the Skippers. The Bengals have a rare talent in sniper Nick Bjugstad, their 6-foot-4 Mr. Hockey finalist whose shot is so powerful and accurate he needs only to flick his wrists to change the course of a game.

Hill-Murray (25-2-1), the No. 4 seed, didn't play Minnetonka during the regular season. In fact, the Pioneers probably had the softest schedule of any of the seeded teams. Soft is a relative term here, however, as Hill-Murray played four games against talented conference foes St. Thomas Academy and Mahtomedi and went out of its way to schedule quality nonconference opponents (the Pioneers finished the regular season with a victory in distant Moorhead).

Among the unseeded teams, Apple Valley (17-11-0) might be the most intriguing. The Eagles already have won two eight-team tournaments in which they weren't the favorite, emerging from a holiday tournament in Grand Forks, N.D., and the Section 3AA tournament (they were the No. 4 seed) with the championship hardware.

To make it 3-for-3, Apple Valley would need a spectacular three games from junior goaltender Aaron Gretz, whose regular season statistics were merely solid. The Eagles have two dangerous forward lines, one of which is led by youngsters Hudson Fasching (a freshman) and sophomore A.J. Michaelson.

Roseau (22-5-1) features two of the state's best forwards in Adam Knochenmus and Shane Omdahl, and if tradition counts for anything, go ahead and give the Rams an extra goal or two simply based on their 33 state tournament appearances and seven championships (both state records).

Duluth East's 5-1 pounding of Elk River in the Section 7AA final was an eye-opener, given the Elks were the top seed, play a tight defensive style and have one of the state's best goaltenders in sophomore Anders Franke.

Blaine's Nick Bjugstad (pictured at right) is the top scorer (35 goals, 34 assists) in the tournament and, perhaps more than any player in the field, has the ability to take over a game. He was dominant at times in the Section 5AA playoffs, when he played every other shift during portions of hotly contested semifinal and championship game wins. The Bengals' Eric Scheid (23 goals, 29 assists) also is having a superb season and is one of the state's most underrated forwards.

No team has an array of stars that can top Minnetonka's, however. The Skippers have two Mr. Hockey finalists in powerful forward Max Gardiner (19 goals, 30 assists) and smooth-skating defenseman Justin Holl (19 goals, 15 assists). Like Gardiner and Holl, both of whom have committed to Minnesota, defensemen Andrew Prochno (St. Cloud State) and Troy Hesketh (Wisconsin) have comitted to WCHA schools.

Edina and Hill-Murray can't match the star power of Minnetonka and Blaine. But both teams are similar in that they get consistent scoring from three lines and steady play their five top defenseman.

Hill-Murray gets an added offensive boost from senior defenseman Chris Casto, a UM-Duluth recruit who has 13 goals and 18 assists.

Edina's Steven Fogarty (20 goals, 16 assits) has emerged as the team's most dangerous scorer, but Charlie Taft (17g, 10a) and Michael Sit (12g, 15a) also have a potent combination of speed and skill.

Roseau's Adam Knochenmus and Shane Omdahl have combined for 116 points and were on pace for an even more productive season when Knochenmus suffered a shoulder injury that knocked him out of lengthy stretch of games. Knochenmus is healthy again, making Roseau's top line one of the best in the tournament.

Apple Valley coach Jerry Hayes made a point of downplaying his team's youth after the Eagles won the Section 3AA title behind the brilliant play of freshman Hudson Fasching and sophomore A.J. Michaelson, each of whom scored two goals in the 4-0 triumph over Woodbury. Fasching (23g, 17a) and Michaelson (18g, 16a) lead the Eagles in scoring.

Lakeville North is led by two sophmores, defenseman Brady Skjei (10g, 18a) and forward Nate Arentz (20g, 11a) and Duluth East features another star defenseman in a field loaded with them in UM-Duluth recruit Andy Welinski (4g, 17a). 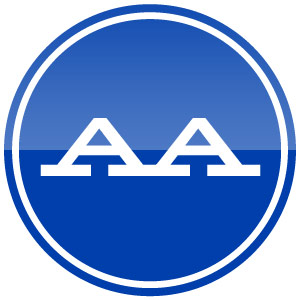 It's tough to pick against the Skippers, who are in the midst of one of the greatest seasons in modern history. Rushing defensemen Justin Holl and Andrew Prochno give Minnetonka's offense a dynamic few high school teams can match. With yet another star defenseman, Troy Hesketh, handing the dirty work in the defensive zone, there are precious few weaknesses here to exploit.

Why not Roseau? Northern teams typically fare well on the big stage, and a coaching staff led by Andy Lundbohm and including legendary Minnesota hockey figures and former NHLers Aaron Broten and Bryan "Butsy" Erickson will get the most out of the Rams. Keep an eye on Adam Knochenmus, who is absolutely relentless on the forecheck.