The Zephyrs and the Cadets are no longer in the same class but are still members of the Metro East Conference. 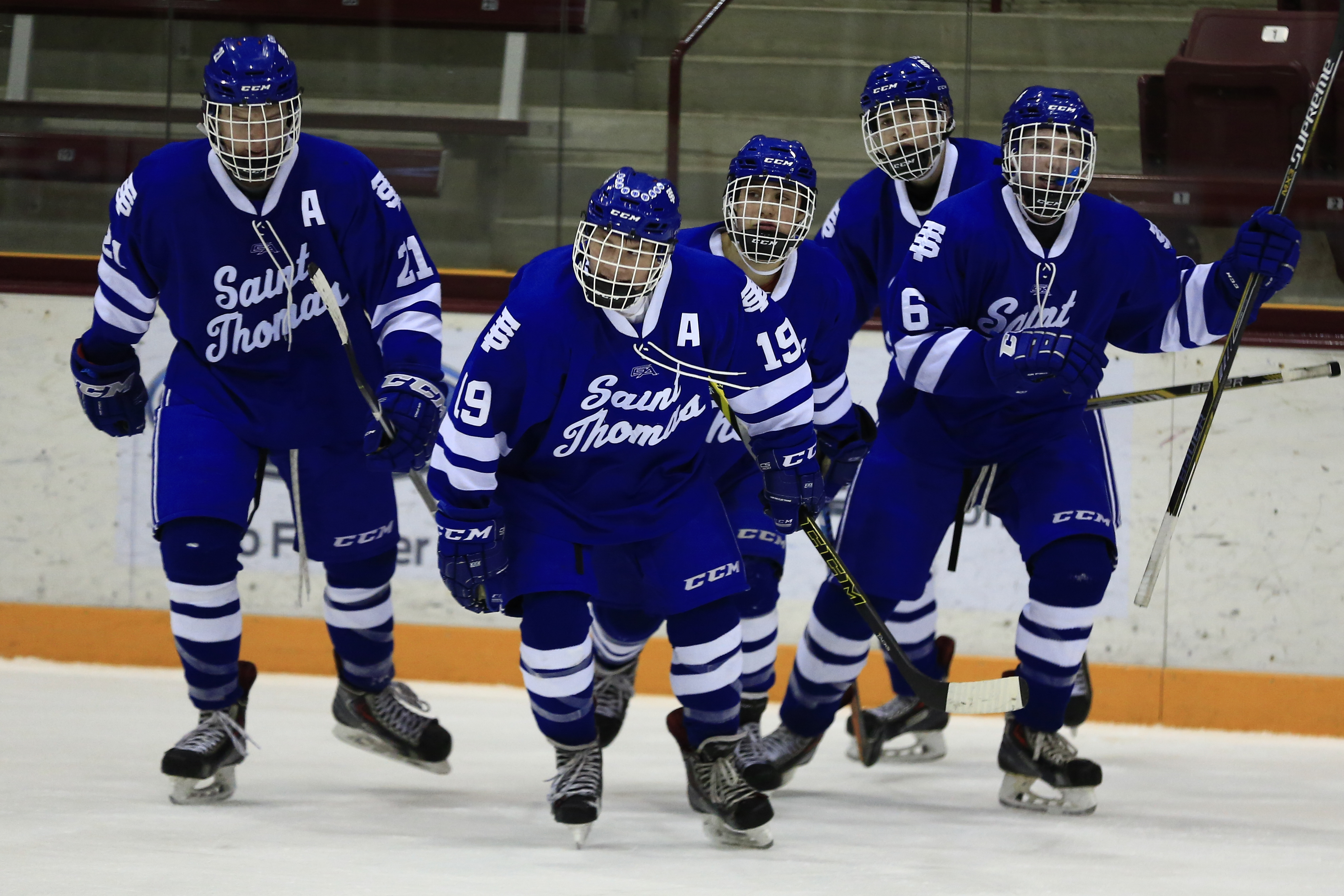 Members of St. Thomas Academy return to the bench after celebrating a goal in the Cadets' 3-0 victory over Burnsville in the Schwan Cup Gold Division championship game at Ridder Arena on Dec. 31. Photo by Chris Juhn

Old foes with grudges that are buried deep in program history are the story of this week’s top games, as a host of rivals renew acquaintances. Some are long-standing opponents, such as the biannual Roseau vs. Warroad tilts and the Hill-Murray vs. Edina wars of the past three decades. Others are more recent creations, but no less heated, such as Grand Rapids vs. Duluth East and Maple Grove vs. Blaine.

In previous years, the games between St. Thomas Academy and Mahtomedi decided seeding in Class 1A, Section 4, although in many years that seeding was thrown out the window in the playoffs. While the Cadets were winning five state championships in eight years, only one team was able to really slow them down — Mahtomedi.

The Zephyrs upset St. Thomas Academy in the section playoffs in 2009 and 2010, interupting what could have been the most dominant stretch of titles in state history. But when the Cadets moved up to Class 2A last year, that aspect of the rivalry was gone.

So why tab their game this Thursday night at Mahtomedi as our Game of the Week?

Look what both have done so far this year. With a combined 21 victories in 22 games, they’ve both vaulted up the rankings and appear to be on the short list of state title contenders in their respective classes.