Bison Boys Hockey Looking to Take the Next Step

Buffalo is coming off a 15 win season and are looking to up the win total from last season. The junior and senior classes have gained valuable experience and are aiming to put their stamp on the Buffalo program. New leaders will need to fill the void left by last year’s top players’ departure. Four of the team’s top-5 scorers graduated but Buffalo expects improvement in overall depth that should translate to wins.

Buffalo’s better depth throughout the line-up will be their strength.

Up front, Bison seniors Kevin Kemp, the leading returning scorer (10-13-23) and senior Brady Hartman (2-8-10) will be relied upon to be point producers and play in all situations. Both players have heavy shots and are relentless skaters.

The junior class features a diverse array of skill-sets with one common denominator; high-end skating ability. Led by juniors Cade Stensby, Tom ‘Rusty’ Rooney, and a healthy Blake Habisch the juniors have speed and skill to put up points.

Several other forwards played roles for the varsity last season and need to fill bigger roles this season.

On the blueline, Buffalo returns four players that played in significant roles a season ago. Senior leader Michael Sawdey (1-3-4) returns for his third varsity campaign and will be relied upon to be a strong, physical, shutdown defender as well as improve offensively. Junior Nick Mueller (2-12-14) is a fantastic skater and deft puck mover that breaks the puck out efficiently and plays on the rush. Senior Noah Vanderkoii and junior Nick Hanson gained experience a year ago and are expected to take on an expanded role. Added depth on the blueline will benefit the entire d-corps.

In goal, the Bison will have three senior goalies that will battle for minutes. Ben Zitur played in 24 games a year ago, winning 12. He had solid, not spectacular, numbers as a junior and is looking to establish himself as a bona fide number one netminder. Justin Hahnfeldt and Taylor Stenge each played good hockey in limited minutes and both goalies have improved enough to challenge for more minutes. 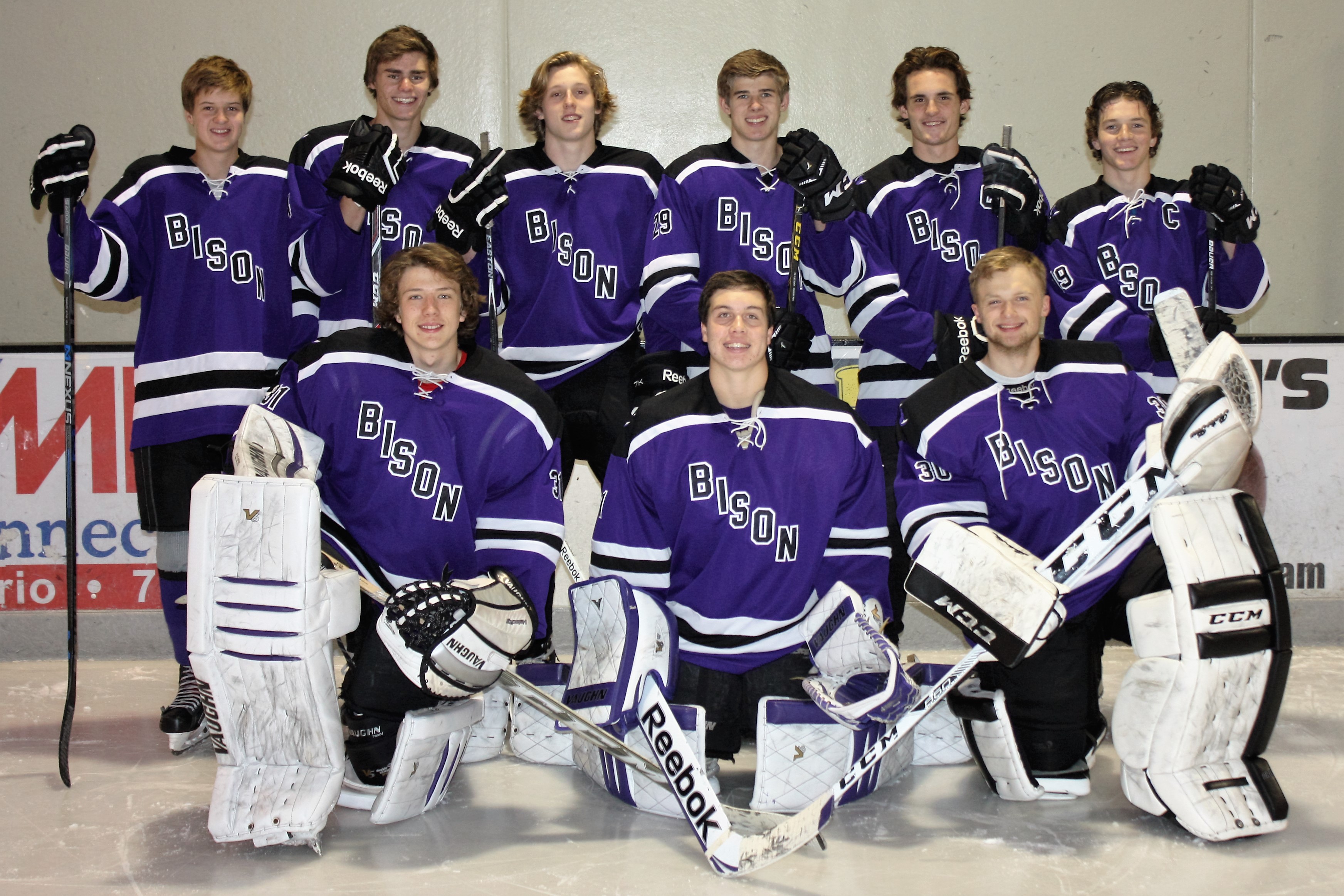 A quick look at the Section 8AA competition

Brainerd- Play tough style of hockey and are well coached and should score more goals this season. Two leading scorers are back. Josh Howieson is a huge body that is tough on the puck and can score around the net.

Buffalo- Definitely lost a lot of scoring and experience to graduation. But the return of 15 letter winners and rock-solid depth has the Bison feeling positive. Expect a very competitive and strong skating group to surprise a few teams.

Moorhead- Losses of outstanding defensemen and goalie will be tough to overcome. Could be tough to beat if Jack Fahrendorf and company can score enough. Alex Erickson and solid d-corps will be expected to do a lot. There may be a tougher path to section finals for the Spuds with section realignment.

Roseau- Returns nearly all of top players from last season’s rebuilding year. Juniors Bryden Stoskopf and William Woolever will need to outstanding to move into top echelon of 8AA. With a tradition that is the envy of most of the state, never underestimate the Rams.

St. Michael- Despite the loss of top scorers to graduation and the defection of top defenseman to juniors, the Knights will be a tough section newcomer. STMA returns plenty of experience. The Bjornlin twins and Connor Greenwood are tough competitors. Junior Kyle Hayden has two full seasons as the starting goalie under his belt.

Blake Habisch, Jr. C- Habisch returns to the lineup after missing nearly all of last season with injuries. He has great speed, an exceptional first step, and goal scorers touch. His motor does not stop and competes in all areas of the ice. His return to health gives the Bison a big-time point producer, penalty killer, and reliable center. 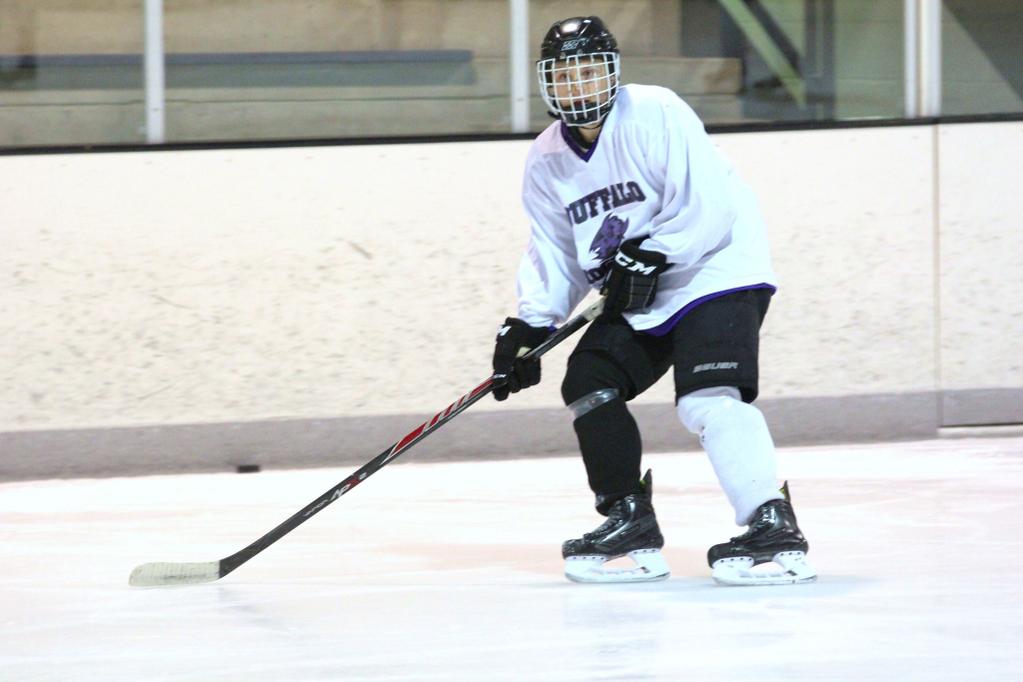 Tom ‘Rusty’ Rooney, Jr. LW- He is a relentless, diligent worker dedicated to improving his game year-round. He is a terrific skater that creates offense by out-hustling his opponents, especially in the dirty areas. Rusty is an excellent penalty killer and productive point producer. Look for 'Rust' in the middle of play whenever he's on ice. He played for section 8AA/A High Performance 17s and Elite D Metro N 18U. 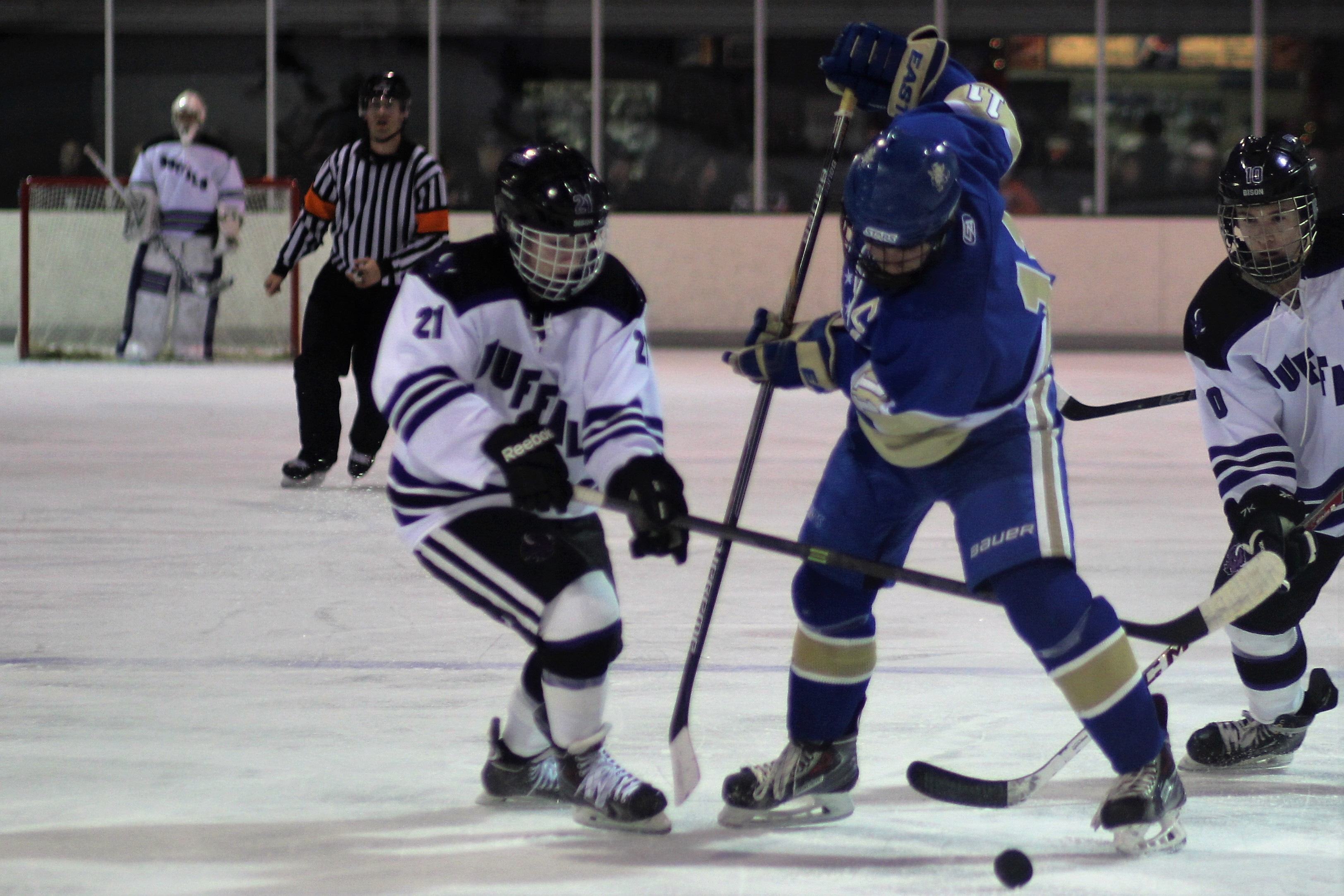 Michael Sawdey, Sr. D- He is a stay-at-home defenseman that is dependable in his own end, physical on opponents, and has developed into a solid puck mover. He is a three-year letter winner and played against top lines since his sophomore season. He is an excellent leader on and off the ice. 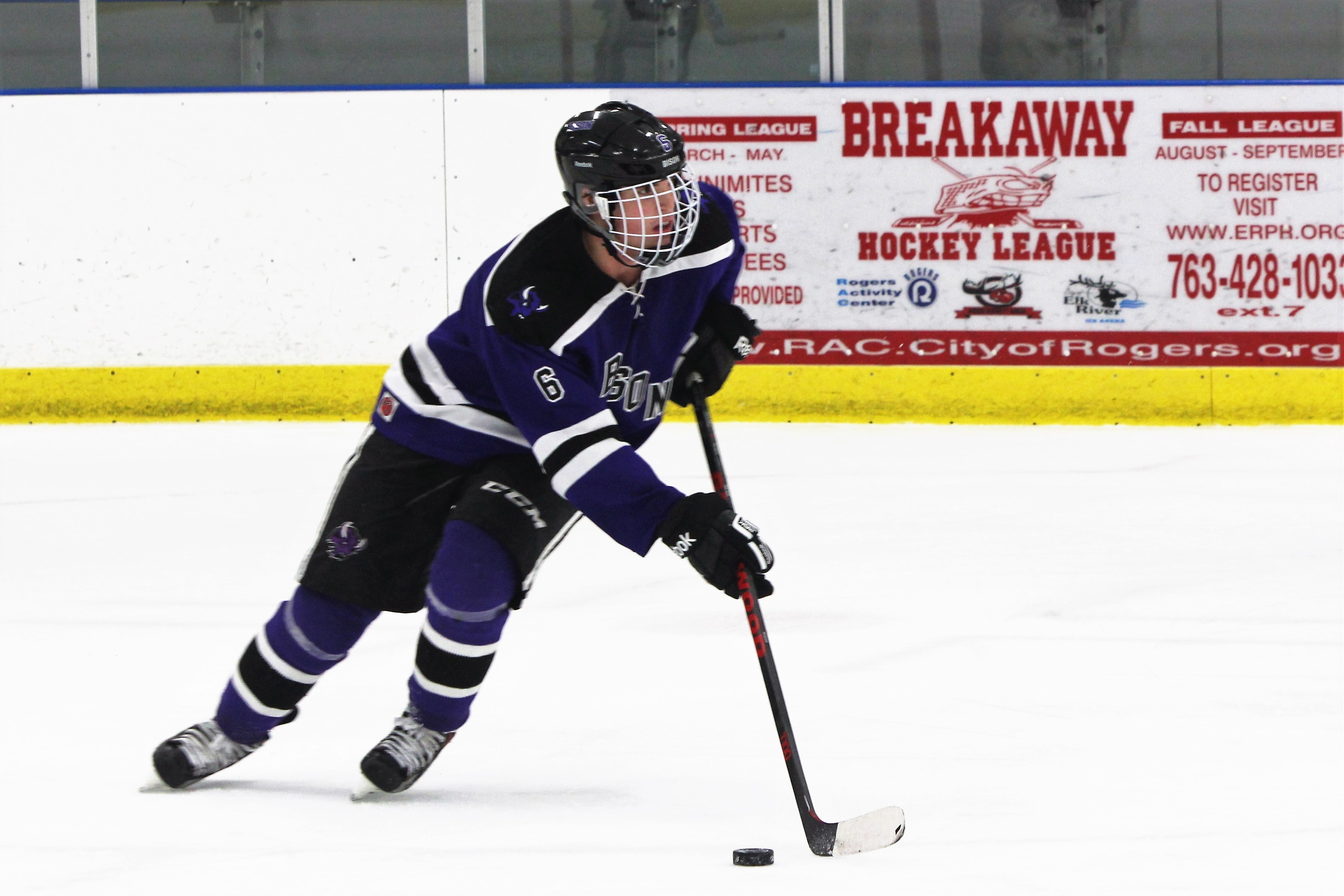 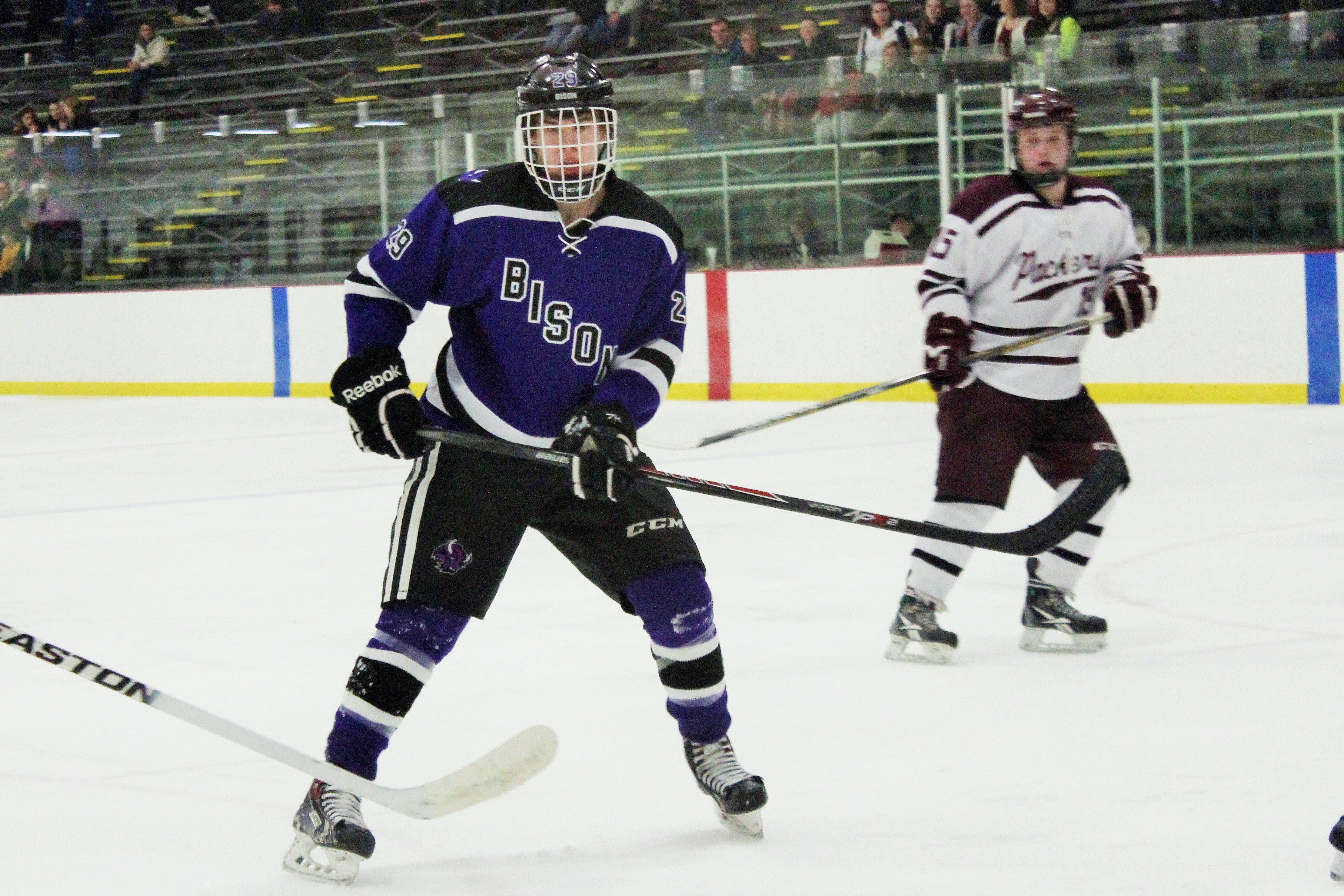 Brady Hartman, Sr. C- He is a classic late bloomer who is now developing into an excellent all-around center. He was asked to play a supporting role as junior but will need to be a leading man as senior. Tall, long, and a strong skater who never shies away from the dirty areas. He has worked hard to develop excellent shot and a better offensive game. Hartman played for section 8AA/A High Performance 17s. 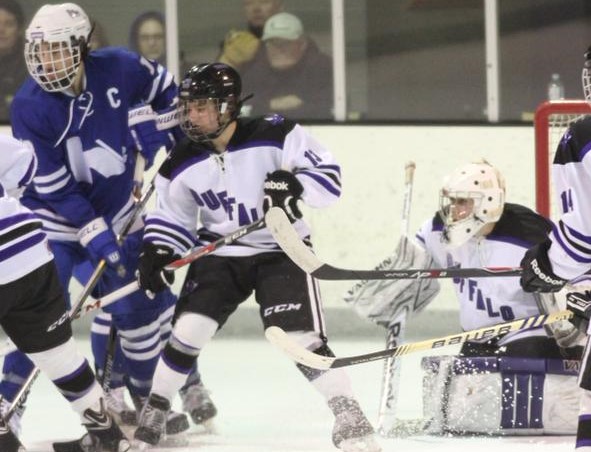 Nick Mueller, Jr. D- He is an excellent skater, breaks-out the puck seamlessly, and will lead the rush when able. His skating, quick hands, and smarts allow him to play against teams top-lines. He will be relied upon to play a ton of minutes in all situations. He is extremely coachable and constantly working on his game. Played for section 8AA/A High Performance 16s and Elite D West 16U. 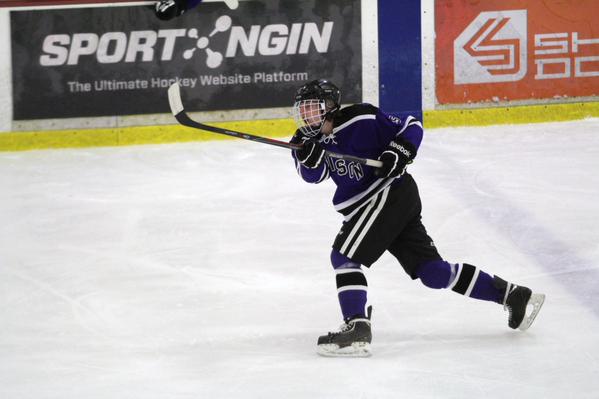 Kevin Kemp, Sr. RW- He is the leading returning scorer. Kemp possesses good puck skills, very good shot, creative with the puck, and strong skating allows him to be persistent on the forecheck. He is learning to become ‘go-to guy’ and owns excellent compete level. He will be counted on to fill leadership role and improve his point production. 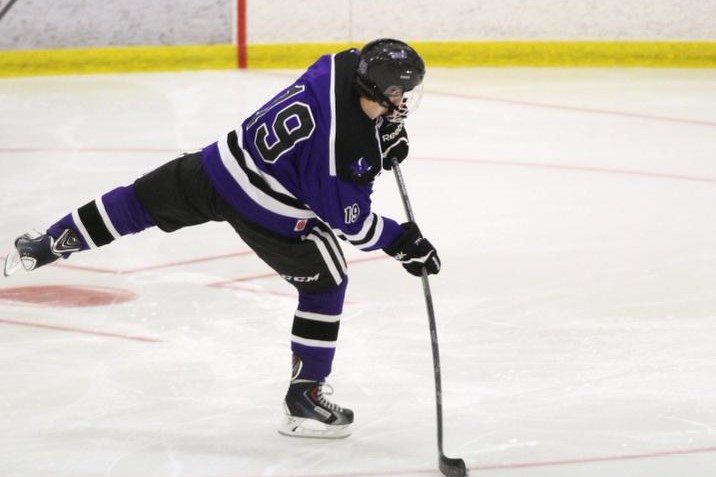 Cade Stensby, Jr. LW- He is a slick and creative playmaker with high-end speed. He owns heavenly hands and can be deadly 1v1. He works hard without the puck and is defensively sound. Makes linemates better with deft passing and sneaky shot. Led Bison sophomores in scoring and will be counted on to produce again. He played for section 8AA/A High Performance 16s, Elite D West 16U, and participated in Elite League Tourney. 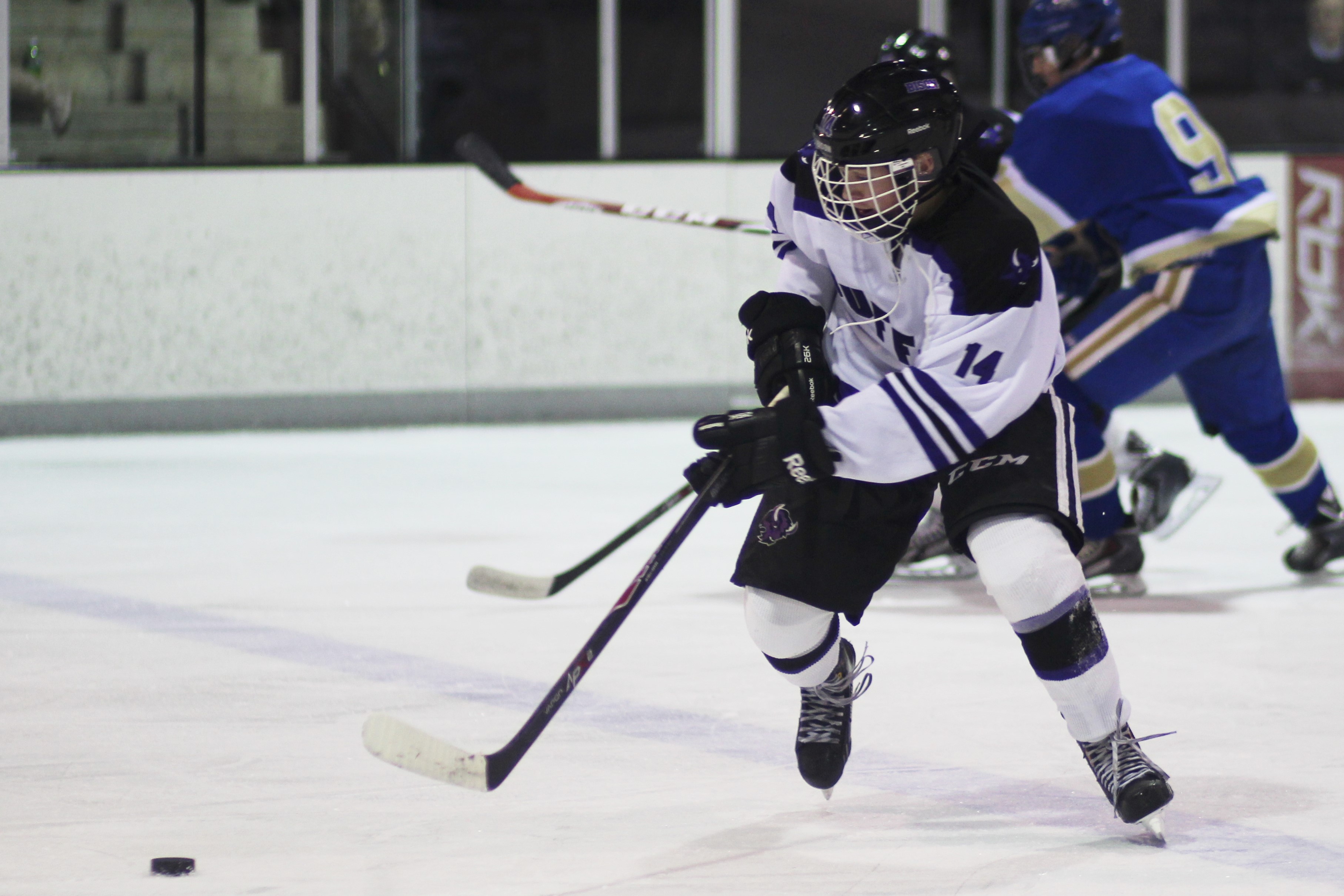 Ben Zitur, Sr. G- He is technically solid and smart goalie, he enjoyed a solid first season as the Bison’s number-1 goalie. He has the ability to steal games but he is searching for the consistency to become an elite netminder. Zitur should see the benefit of improved fitness. He could be challenged for the net by fellow seniors Taylor Strenge and Justin Hahnfeldt. 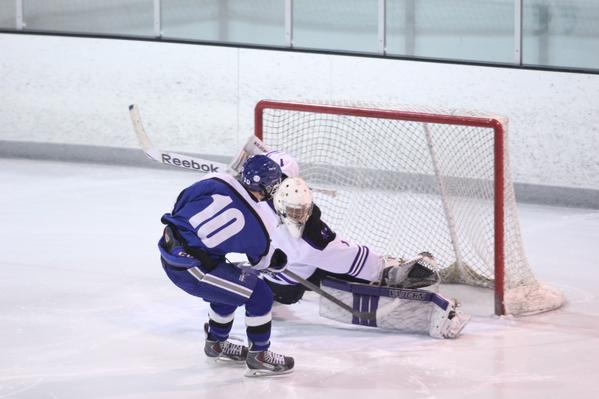 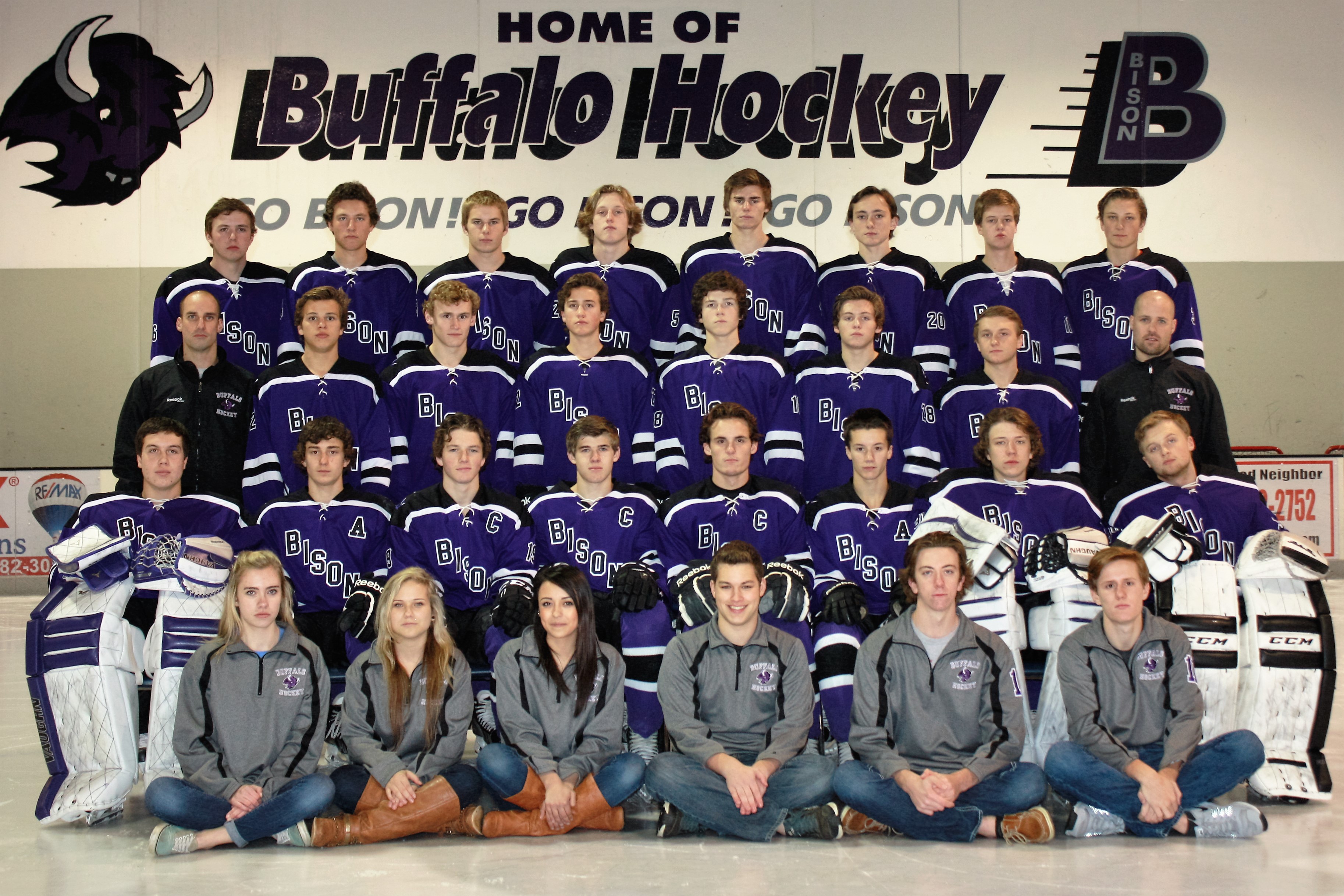