Moberg, a senior, took over in eighth grade and hasn't missed a start in 113 games. 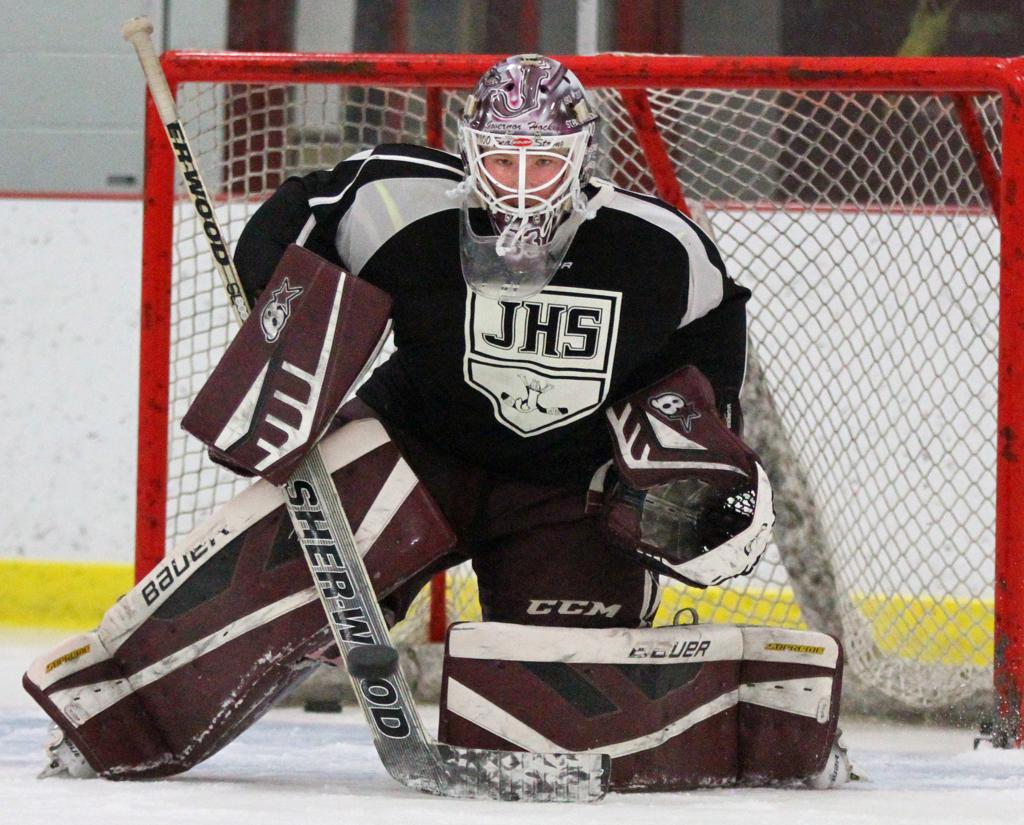 St. Paul Johnson senior goaltender Sam Moberg works out an hour before each practice, stopping pucks and sharpening angles as assistant coach Steve Houge offers critiques. They started like this in 2011 when Moberg, then 13, auditioned for a rare jump from peewee hockey to varsity.

Moberg not only made the team as an eighth-grader but he took the starting job. Five seasons and 113 games later, he has never been off the ice for the national anthem or opening faceoff. He’s already the unofficial career games leader for a storied Governors hockey program.

If the iron man holds up, by season’s end Moberg career numbers will read: At least 129 consecutive starts. More than 6,500 minutes of action. And time spent in the nets at 30 arenas across the state, from Rochester to Luverne to Lake of the Woods to Ely — plus an outdoor rink at St. Paul’s Holman airport.

Until this season, he had not missed a period of action. Coaches gave Moberg the third period off during a shutout of Lake of the Woods on Nov. 27, then had to tell him where to stand on the bench.

The team’s home rink, Gustafson-Phalen, honors the coach of all four Governors state championship teams, Rube Gustafson. A framed maroon and white Herb Brooks jersey hangs inside the lobby. Brooks skated to a title under Gustafson and later directed the U.S. Hockey team to Olympic gold. They represent the program’s golden era.

These days, however, the Governors are one of several inner-city or first-ring suburban programs struggling with participation numbers. Entering that 2011-12 season, St. Paul Johnson had no goaltenders.

“If he wouldn’t have come, I don’t know if we’d still be here,” Younghans said.

Looking back, Moberg wasn’t so sure he would last one season, let alone five. Making the jump meant challenging faster, smarter, more skilled players. The frenzied pace and blistering shots took a toll.

“The only reason I made it through the beginning of the year was the guys on the team,” Moberg said. “They were always helping me out.”

Moberg returned the favor in his first playoff game. He made three key saves in the final 10 minutes as No. 7 seed Johnson, trailing 5-1 in the third period, rallied for an astonishing 6-5 overtime victory against No. 2 White Bear Lake.

The senior-laden Governors went 14-12-1 in Moberg’s first season. Then reality hit like a puck to the skate. Houge, who eased Moberg’s varsity transition by never breaking him down but always demanding concentration, left the program. A less-talented Johnson team and Moberg won 12 games the next two seasons combined.

Former Johnson goalie Dan Melde worked with Moberg but his schedule didn’t always allow for showing up an hour before each practice. Moberg was thrilled to resume extra work when Houge returned last season.

“He sacrifices a lot of his time for me,” Moberg said.

All Houge asks in return is urgency, a word he uses often in workouts.

“It’s a mind-set,” Moberg said. “Whatever we’re doing, there’s urgency. We’re doing it as fast as we can all the time. If the puck goes in, you’re getting the next one. It’s always about the next puck.”

His starting spot has gone unchallenged in high school so Moberg looks inward for motivation. Using a combination of skill and will, Moberg has blocked out fatigue, complacency and scores of pucks.

“My goal is to be the best,” he said. “I feel like it’s my responsibility to my teammates to push myself and become better so that we can win and reach our goals as a team.”

He recalls missing just one practice, and that was due to illness. But no repetitive motion injuries. No soreness from screaming pucks. Nothing that tape or ibuprofen could not fix.

Reminding Moberg of his good fortune playing hockey’s most physical position makes him shift in his seat. His eyes dart around the room as if he’s looking for a wood slab to rap his knuckles on. But it’s faith, not superstition, that helps get Moberg through.

“I pray before and during every game,” he said. “For safety, that my team plays hard, to be the sharpest I can be. And to have fun.”

Two of his three brothers, Isaac and Luke, skate on the Governors’ varsity. Youngest brother Joey is in the youth program. Isaac said his older brother has saved more than pucks.

“In my opinion, he did save what we had going, the whole Johnson program,” Isaac said.

Moberg is going out as he came in, with an experienced team eyeing a special playoff run. He is part of a eight-member senior class that played together since Mites. Growing from a 5-9, fuzzy-cheeked eighth-grader to a bearded 6-2, 180-pound senior captain, Moberg felt the same thrill playing each and every game along the way.

“Every game — it doesn’t matter how many times I play — at the beginning you’re always jumping around,” Moberg said. “It’s a lot of fun. Having the announcer call your name. Talking to your buddies before the game. Going around the ice getting ready to go. It will never get old.” 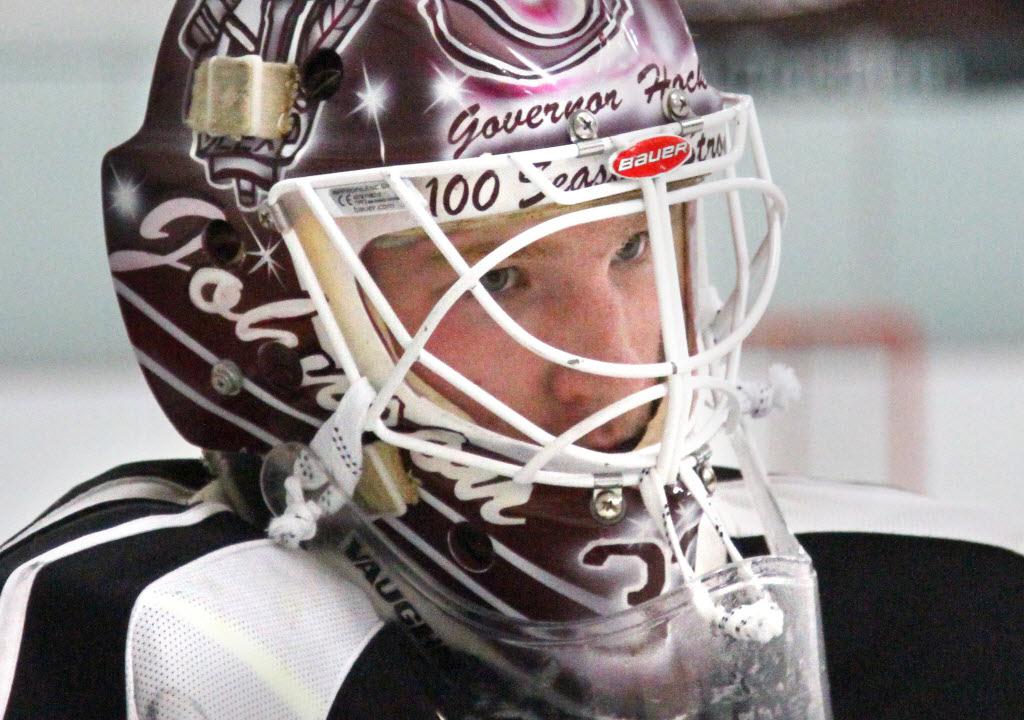