The Eagles and Mustangs enter the new year red-hot as they approach this matchup on Thursday. 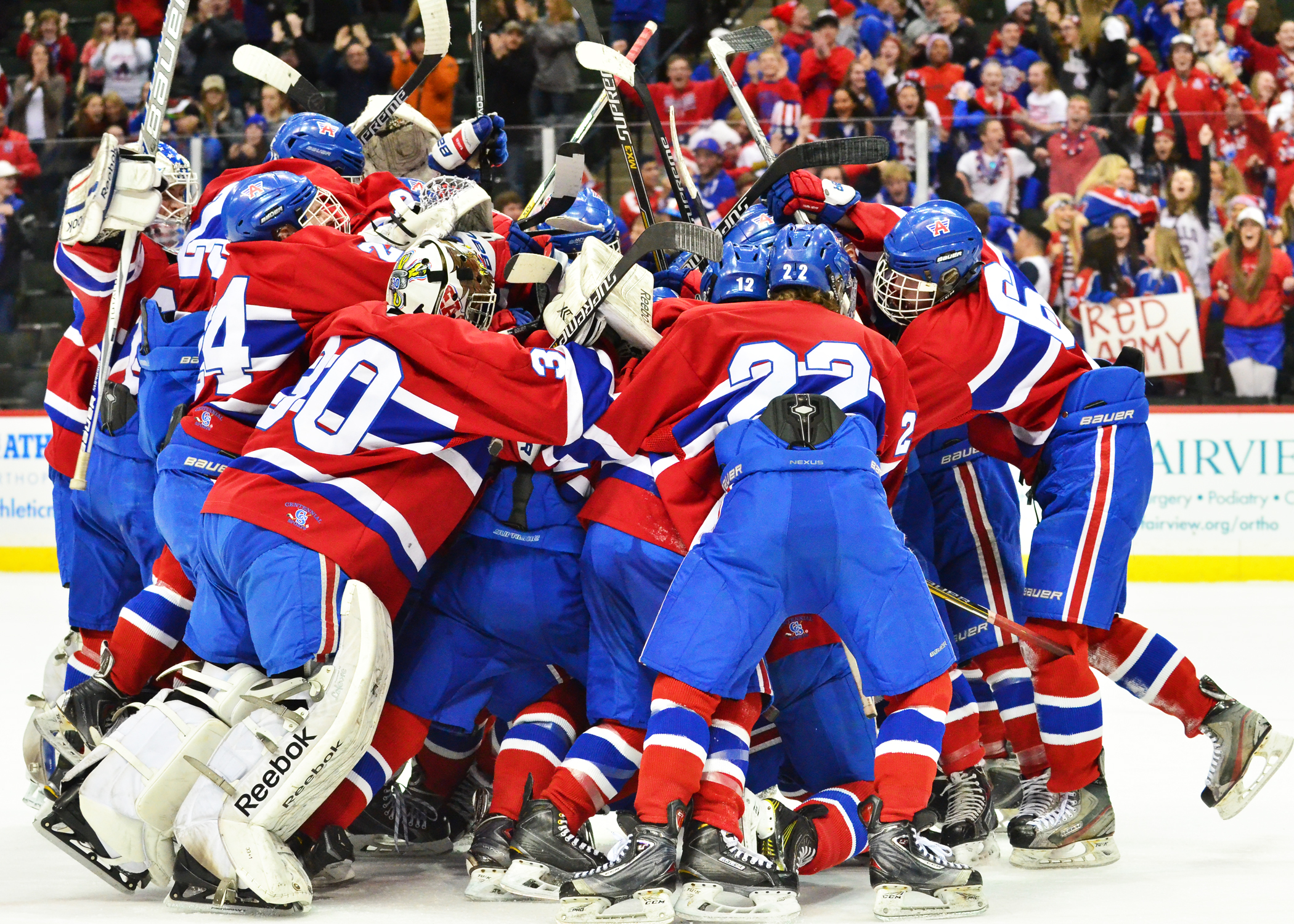 St. Cloud Apollo enters the new year with a 10-1-0 record and the No. 3 ranking in Class 1A. The Eagles host No. 2-1A Breck in a much-anticipated nonconference clash on Thursday. Photo by Nick Wosika

The first week of January brings its share of games with critical implications in both section and conference races, while each team heads into 2016 with its own ambitions.

To start the week, Breck travels to St. Cloud Apollo on Thursday night for a showdown of between two of the three top-ranked teams in Class 1A.

Up north, Hibbing/Chisholm looks to keep its momentum going at home against a talented Cloquet-Esko-Carlton squad, and Grand Rapids hosts Hermantown.

Hill-Murray and Edina will square off again, this time at Aldrich Arena in nonconference action on Saturday night.

Also closing out the week are two games with clear ties to league races. Lakeville North hosts Prior Lake in a battle for control of the South Suburban Conference, and Stillwater welcomes White Bear Lake as the Ponies look to maintain their hold on the Suburban East Conference.

January has arrived, and that means the chase for league titles heats up while clock to sections ticks down.