Jan. 26: The Skippers emerged last week as Class 2A's No. 2-ranked team and now look to bring the Red Knights' to their knees. 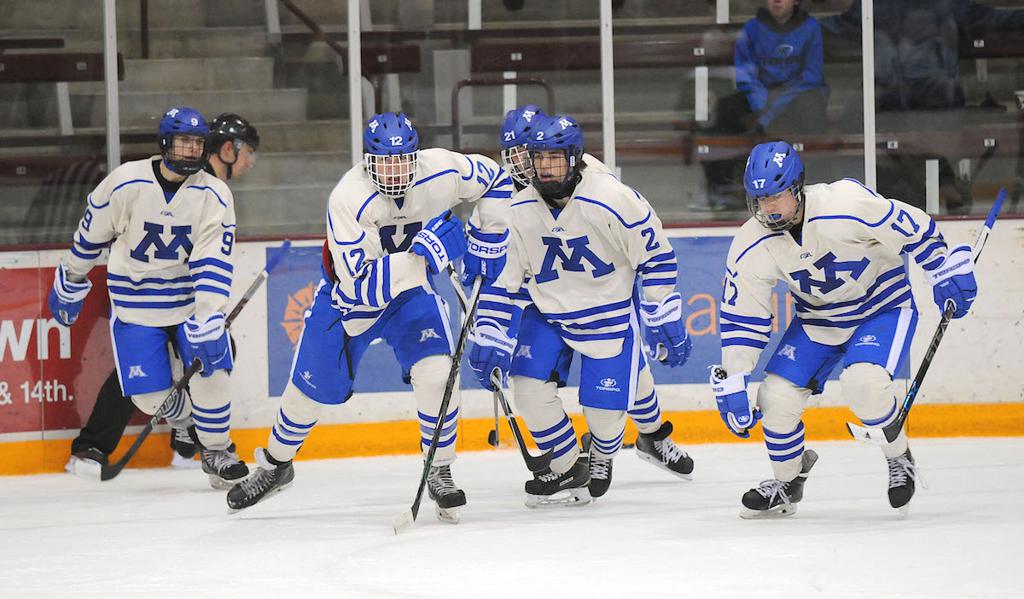 The Minnetonka Skippers have been red-hot in January, winners of six of seven games, and enter this week's showdown with Benilde-St. Margaret's in a matchup of No. 1 hosting No. 2 in Class 2A. Photo by Rick Orndorf

Minnetonka is the latest monster to emerge from the Lake Conference with a goal of bringing Benilde-St. Margaret’s to its knees when they meet Tuesday night at the St. Louis Park Rec Center in a game that pits the top two ranked teams in the Class 2A coaches' poll.

It’s the second time this winter the arena has hosted a No. 1 vs. No. 2 showdown between the Red Knights and a visitor from the Lake (Eden Prairie).

Elsewhere in the metro, Lake rivals Edina and Eden Prairie meet in a top-10 tussle in the big class, while in the Independent Metro Athletic Conference, Breck and St. Paul Academy meet for Round 2 in a small-class top-10 tilt.

Two of the east metro's top teams square off when Mahtomedi meets Stillwater, and in the south, Bloomington Ice Garden hosts both its tenants as Kennedy and Jefferson jostle for city bragging rights.

In the north, two elite goalies meet when Hibbing/Chisholm travels to St. Cloud Apollo, while Roseau and Warroad renew their rivalry as the Rams head west on Minnesota Highway 11. Also, Duluth East (vs. Elk River) and Bemidji (vs. Hill-Murray) host visitors from the Twin Cities.

And at the far edge of the west metro, Holy Family Catholic and Delano play for a second time this season, but this one is for the Wright County Conference title and should be a battle as one goal decided their first meeting.