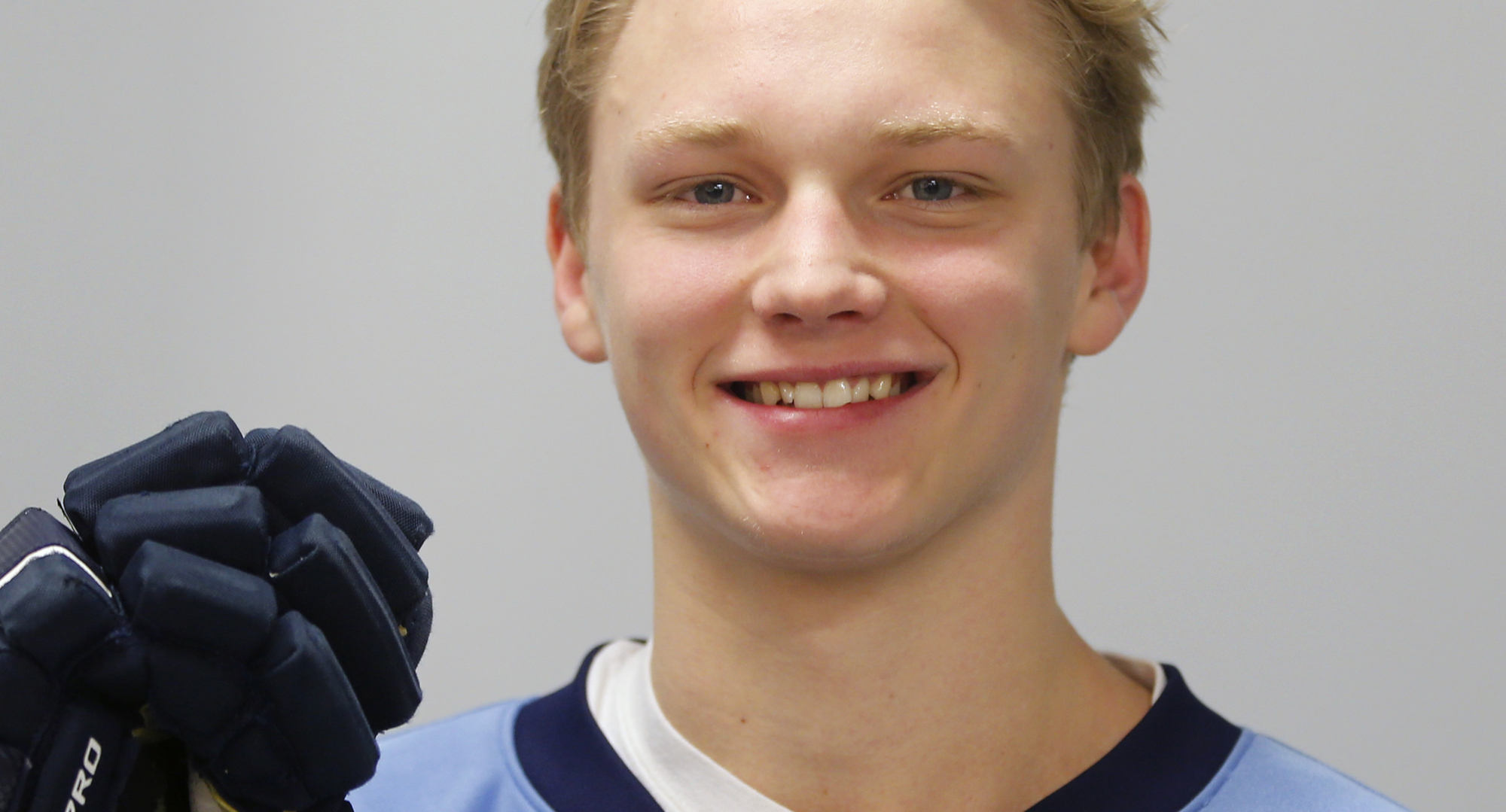 Removing the No. 27 Blaine jersey over his crop of blonde hair one last time, standout forward Riley Tufte felt the pain of loss. Regret, however, never entered his mind.

Tufte stayed with the Bengals for his senior year, bucking a growing trend for elite players to ditch high school hockey early for leagues in the Midwest or Canada.

And there are few players like Tufte. A projected first-round pick in the upcoming NHL draft, the 6-5, 220-pound winger combines quick feet and precision hands with a third-line grinder’s disposition. He led the metro area this season with 49 goals, added 36 assists and relished taking a leadership role.

A top scorer and model teammate, Tufte is the Star Tribune Metro Player of the Year. (Click to view the entire All-Metro first team)

“He was the hardest worker in practice and he had a lot of joy for teammates who scored,” Blaine coach Chris Carroll said. “That’s why he will get to the NHL. He’s got a lot of character.”

A one-of-kind-player Tufte is not, however.

He shares the size, hair color and jersey number of former Blaine standout and 2010 Mr. Hockey winner Nick Bjugstad. The constant comparisons to Bjugstad, a budding star with the NHL’s Florida Panthers, are a blessing and a burden.

“That’s nice because he made it big and they think I’m going to make it big,” said Tufte, who committed to play at Minnesota Duluth. “But sometimes I want my own identity.”

Bjugstad remains a best friend of Gavin Tufte, Riley’s older brother. Growing up, Riley always tagged along and often got the worst of sports competition.

A wrestling match broke out last summer between Nick and Riley. “It didn’t go as well as I thought it should have,’’ Nick admitted with a laugh. “I had to give a lot more effort than expected.”

Tufte twice turned down the USA Hockey’s National Team development program in Ann Arbor, Mich. Though drafted No. 1 by Fargo, Tufte elected to play with the Force only before and after Blaine’s season. The decision wasn’t easy.

“It came down to the last day,” Tufte said. “I was going to stay in Fargo. And then the next morning, I woke up and decided to go back to Blaine. I wanted one more shot at playing with my buddies and making it back to the state tournament. If I’m going to make it to the NHL someday, it’s not going to rely on those three months if I stayed in Fargo.”

He credits Fargo equipment manager Steve Baumgartner for a tip to improve his scoring prowess this season. Tufte changed the tape on his stick blade from white to black because Baumgartner said goalies can’t see the puck as well. Two goals in his first game after the switch sold Tufte.

Tufte found the courage to recommend Bjugstad do the same.

“I told him I’d try it, but don’t ever give me advice again,” Bjugstad said, laughing.