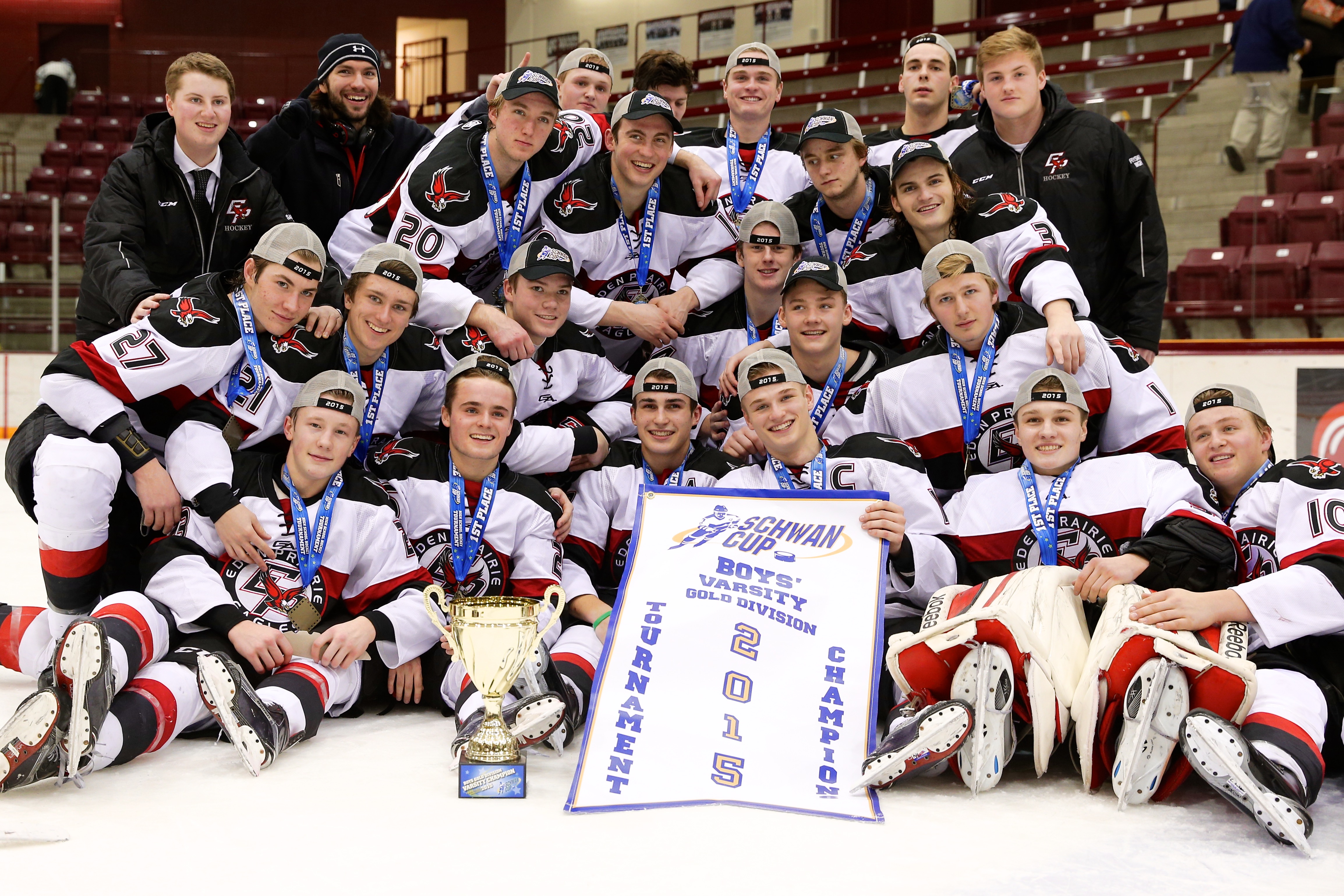 The National Sports Center, owner of Schwan Cup, announced the full field of boys’ varsity teams for the 2016 Schwan Cup on Tuesday. Heading the tournament is newly-crowned state champion, Wayzata, which will highlight the perennially powerful Schwan Cup Gold Division, along with runner-up Eden Prairie.

Three of last year’s Schwan Cup champions will return to defend titles. The Eaglies, champions in the Gold Division in 2015, will attempt to become the first team to win back-to-back Gold Division titles since Holy Angels accomplished that feat in 2006.

A total of thirty-two varsity teams will play in the 2016 Schwan Cup. The teams will be divided into four divisions -- Gold, Silver, Bronze and Open Divisions. The Gold Division will play at Ridder Arena on the campus of the University of Minnesota. Other divisions will play their first two rounds at the Schwan Super Rink at the National Sports Center in Blaine. Championship games for all divisions will be played on New Year’s Eve at Ridder Arena in Minneapolis.

Here is the full line-up for the 2016 tournament.

The specific game schedule and brackets will be announced in the fall.

Schwan Cup is owned and presented by the National Sports Center and sponsored by the Schwan Food Company.