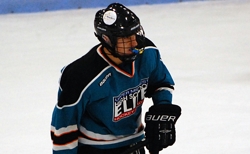 The Wayzata senior figured he was 5-foot-10, but during weigh-ins for the Upper Midwest High School Elite Hockey League this fall he checked in at 5-9, 162 pounds.

More and more top NCAA Division I programs are enjoying success with speedy, highly skilled forwards who traditionally have been considered undersized.

For an example, look no further than the University of Minnesota-Duluth, featuring the high-scoring duo of 5-8 Jack Connolly and his 5-9 linemate Mike Connolly (no relation).

As it turns out, by “shrinking” an inch, Cameranesi is all the better fit for the Bulldogs. On Friday, Oct. 8, the Elite League scoring leader committed to play at UMD.

“Their playing style fit in really well with the way that I play,” said Cameranesi, a speed burner with a wicked shot who scored 48 points (18 goals, 30 assists) in 27 games last season for Wayzata. “I really love their coaching staff. In the past they have done really well with the smaller forwards that have kind of the same skill set that I do.”

Cameranesi chose UMD over Colorado College and the Minnesota State-Mankato. He visited those three schools, and said he liked them all.

“But I kind of knew in my gut that (UMD) was the right place for me,” he said. 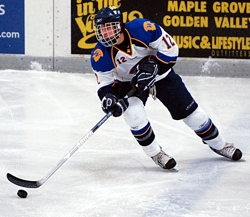 Before this season, the Bulldogs added former Cloquet and Bulldogs standout Derek Plante to their coaching staff. The 5-11, 181-pound Plante played in eight NHL seasons, and Cameranesi said Plante’s presence in the program will only enhance UMD’s development of its forwards.

After registering a hat trick in Team Northwest’s 6-5 victory over Team Southeast on Sunday, Oct. 10, Cameranesi bumped his scoring totals to 27 points (14 goals, 13 assists) in 15 games. Edina’s Jake Sampson of Team Northeast ranks second in the scoring race with 22 points.

“Obviously I was hoping that I could play well and put up some points,” Cameranesi said about his Elite League success. “I couldn’t really imagine this.”

Cameranesi is one of four Minnesota high school players heading into the season who have committed to Division I programs. Virginia’s Garrett Hendrickson (St. Cloud State), Eden Prairie’s Kyle Rau (Minnesota) and Blake’s Ryan Bullock (Dartmouth) are the others.
Last season there were 37 state high school players who committed to Division I programs.

“I think he really works hard on his game away from the shot and the speed that everyone sees,” Davis said. “He’s a great center in the D zone picking up guys.” 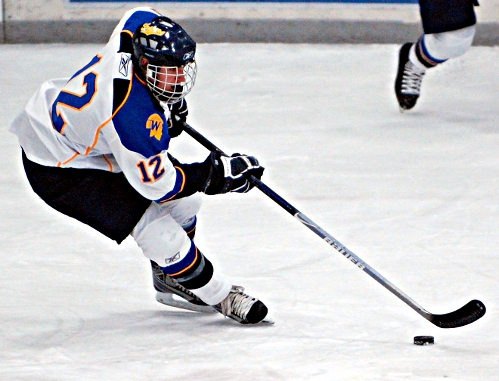