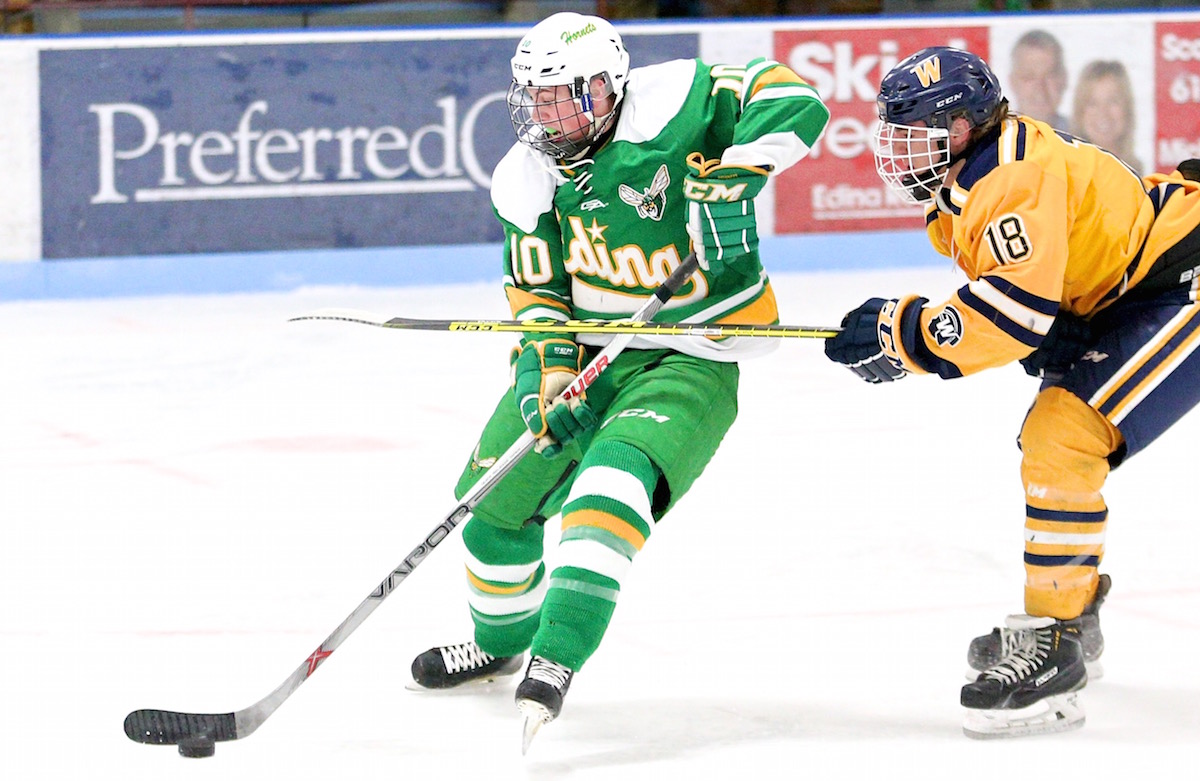 Samuel Walker (10) was one of six Edina players selected to participate in the USA Hockey National Player Development Camps this summer. Photo by Brian Nelson

Edina will be well represented this summer at the USA Hockey National Player Development Camps.

Edina forwards Ben Copeland, Bram Scheerer and Samuel Walker and defenseman Clayton Phillips are four of the 18 Minnesota players picked to participate in the Select 17 session on June 24-30, while Hornets forward Jett Jungels and defenseman Michael Vorlicky will join 14 others at the Select 16 camp on July 8-14.

Hill-Murray, Lakeville South and St. Paul Academy each had three finalists while Class 1A state champion Hermantown, Bemidji and Moorhead had two apiece. Class 2A state champion Wayzata and runner-up Eden Prairie, along with Class 1A runner-up Breck, were among the programs that had one player selected.

The camps provide a combination of training, coaching and competition to some of the country’s top young skaters, according the USA Hockey website. Players are selected from groups participating in USA Hockey district camps, and the state’s finalists were chosen after a series of tryouts and tournaments held the last two weeks of April.