Lucia, a 6-foot-2, 183-pound forward, was the lone Minnesota high schooler to receive an “A” grade on the list that ranks players from U.S. scholastic and Canadian provincial leagues.

Five Minnesota players received “B” grades, including Tony Cameranesi, a senior center from Wayzata who was Lucia’s linemate last season with the Trojans.

Lucia, the son of University of Minnesota men’s hockey coach Don Lucia, scored 15 goals and added 27 assists in 27 games last season for the Trojans. Lucia was ranked No. 4 on the Hockey Hub's list of the state's top 30 sophomores from the 2009-10 season.

This fall in the Upper Midwest High School Elite Hockey League, Lucia had six goals and six assists in 10 games before joining the U.S. National Under-18 team. Lucia has three goals in seven games while on loan to the national team. He is expected to play for Wayzata when the high school season begins in late November.

NHL Central Scouting next will release a “Mid-Term Ranking” in January. 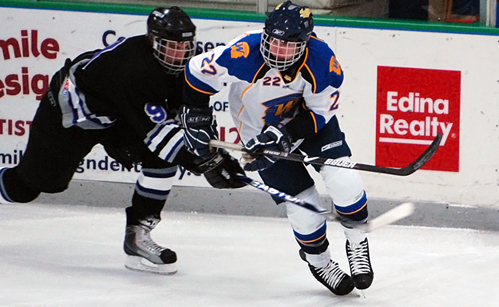