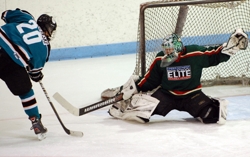 As the starting goalie for the seventh-seeded team in the Upper Midwest High School Elite Hockey League playoffs, Team Northeast's Tim Shaughnessy knew getting the starting nod in the quarterfinals meant he had to be prepared for pretty much anything.

But not even the senior goaltender from Hill-Murray would have believed he would record a 30 save-shutout against second-seeded Team Northwest, the regular season league co-champion.

“I would have said, ‘I hope to God you’re right,’ ” Shaughnessy said.

As it turns out, if you had predicted that unlikely outcome, you would have been right.

Team Northeast not only upset second seeded Team Northwest, but shut it out 4-0 on Friday, Oct. 29, at New Hope Ice Arena in New Hope.

“Everybody came out firing right away,” Shaughnessy said. “My defense really came through and took away a lot of the backdoor plays. They really helped me out.”

Shaughnessy stopped all 30 shots that were fired at him to record his first shutout in the Elite League this year.

The score was 3-0 entering the second period, but Shaughnessy had been in a similar situation before and he had learned from his past.

This game, however, Shaughnessy was the game changer.

Team Northeast had lost its last four matchups against Team Northwest during what had been a disappointing regular season in the Elite League.

“We’ve kind of had a rough year so far, but I think we’ve finally started to click. Our defense is starting to work together and communicate better. They’re getting the loose pucks away from the front of the net and moving people away with their body. It’s really working out.”

1. Tim Shaughnessy, Team Northeast
The Hill-Murray senior had a phenomenal game between the pipes and made 30 saves to shut out the powerful Team Northwest offense. Shaughnessy raised his save percentage from .885 - which he recorded during the regular season - to .892 for the Elite League.

2. Max Birkinbine, Team Northeast
Birkinbine, a senior from White Bear Lake, not only knotched the only assist on Miles Death's game-winning goal but also buried a shorthanded opportunity 31 seconds later which set the tone for a Team Northeast upset victory.

3. Miles Death, Team Northeast
The junior defenseman from Wayzata scored the game's first goal and played stellar defense to help shut down and shut out a Team Northwest squad that had averaged 4.95 goals per game during the regular season (second best in the league). 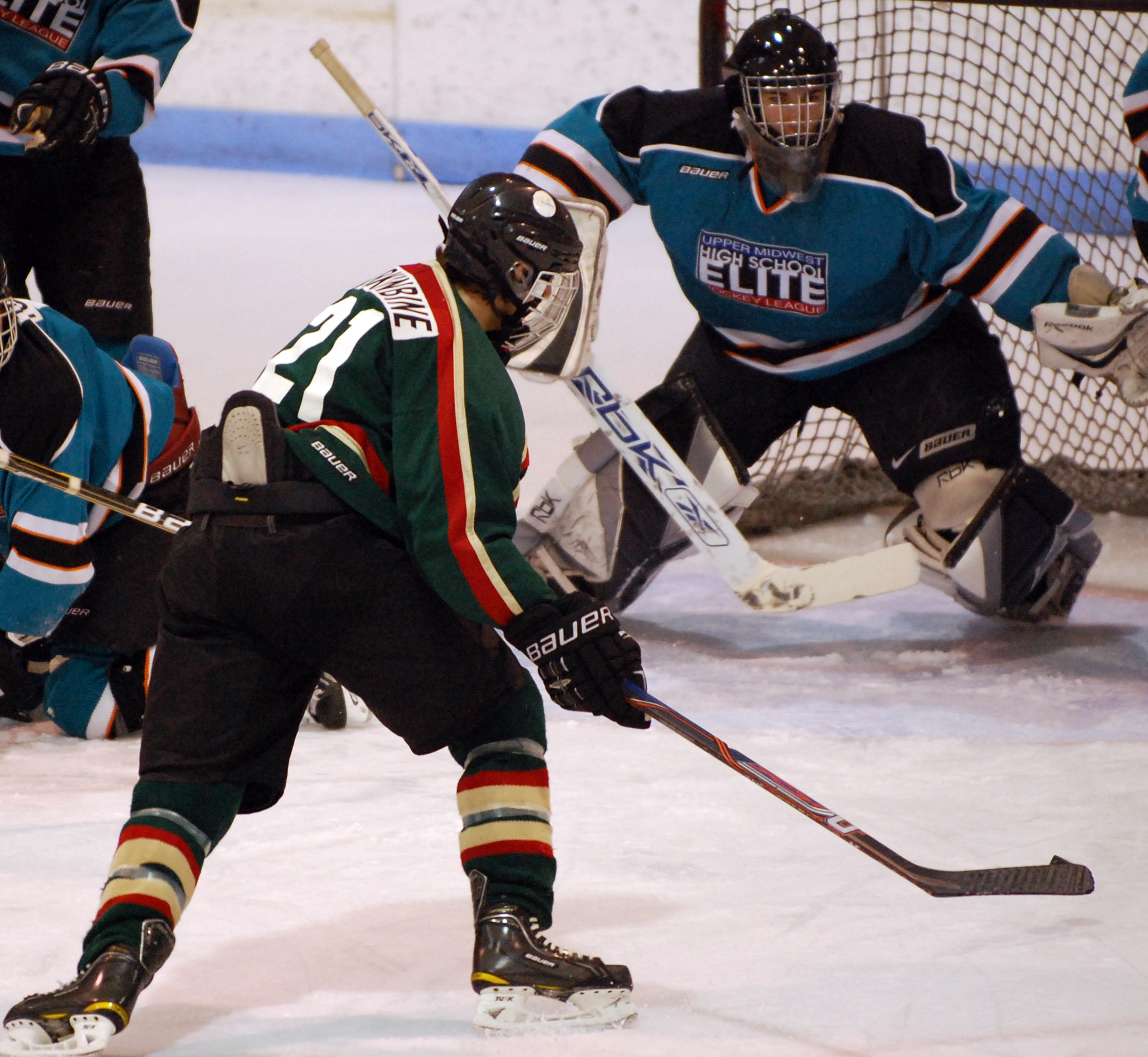 Team Northeast had other plans for this game.

They scored two goals in 31 seconds early into the first period including one shorthanded goal to set the tone for the rest of the game and Team Northwest could never recover.

Team Northeast dominated all aspects of the game from the opening whistle and its 4-0 upset victory earned it a spot in the semifinals of the Upper Midwest High School Elite League playoffs.