The 2016 Mr. Hockey Award winner was one of three Minnesota high school players selected in the draft. 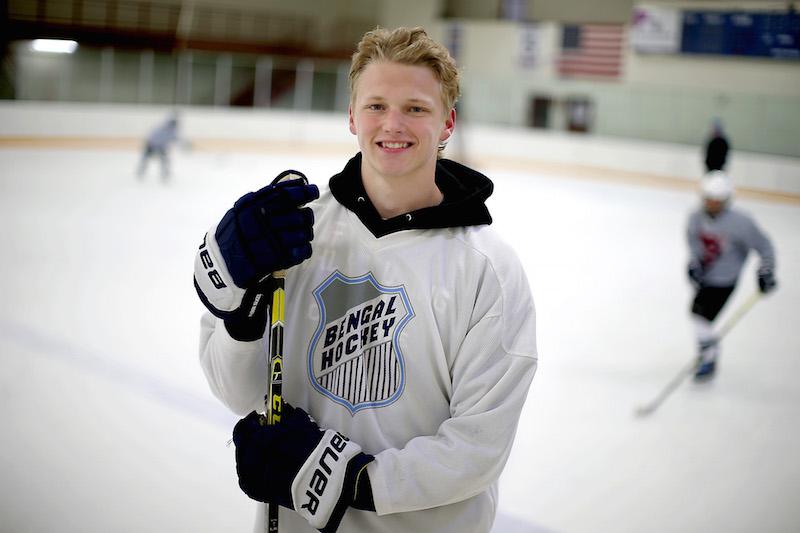 Blaine senior wing Riley Tufte was taken by Dallas in the first round of the 2016 NHL Entry Draft. Star Tribune photo by Elizabeth Flores eflores@startribune.com

The Bengals senior wing was taken 25th overall by the Dallas Stars. He was the first high school player chosen in this year's draft and one of two Minnesotans picked in the first round. Kieffer Bellows, who played at Edina before stints with the Sioux Falls Stampede (USHL) and the U.S. National Under-18 Team, was drafted 19th by the New York Islanders.

Tufte, the 2016 Mr. Hockey Award winner, was one of 12 Minnesota high school players named to the NHL Central Scouting Players to Watch List this year. He received an 'A Rating,' an indication he was a possible first-round selection.

Hill-Murray defenseman Casey Staum and Grand Rapids forward Mitchell Mattson were also on the list, and both were drafted.

The Montreal Canadiens made Staum the third pick in the fifth round, and Mattson was taken two selections later by the Calgary Flames.

In all, 11 Minnesotans were chosen in the seven-round draft. See table below for a complete list.