Apple Valley's motor last season was fueled by its upstart youth -- 146 of 265 total points were scored by its sophomore class and breakout freshman Hudson Fasching.

Apple Valley's motor last season was fueled by its upstart youth -- 146 of 265 total points were scored by its sophomore class and breakout freshman Hudson Fasching. That youth will continue to be served this year, as the Eagles -- who hit the ice Monday on the first day of official practices -- carry high hopes into this season.

“He was very involved with the youth association and recruiting efforts at that point,” Hayes said. “So I kind of deflect credit to Pat on that.”

Westrum and Larry Hendrickson co-head coached Apple Valley to the state championship in 1996, which included the epic five-overtime win over Duluth East through the wee hours of the morning. In the quarterfinals, however, the Eagles had to go through Minneapolis Southwest, which was coached by none other than Hayes.

“So we knew each other pretty well,” Hayes said.

Hayes took over in Apple Valley in 1998, where he has since taken over as player development coordinator for both the boys’ and girls’ side of Apple Valley’s youth association. The Eagles finally returned to the state Class 2A tournament last season, reaching the semifinals after upending No. 3-seeded Blaine in the quarterfinals.

“We have a big bubble of kids in that particular age group – our junior class and sophomore class. We have a lot more hockey players in that age group,” Hayes said. “I think if you look at a lot of the programs in the (Class 2A) world, numbers is a big part of team successes.”

Hayes is not shocked that these youngsters are contributing. 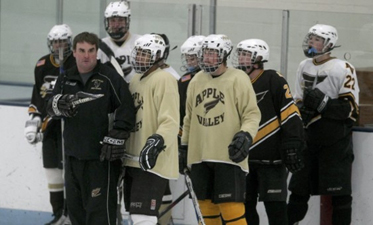