To become a Pioneer

Hill-Murray is a storied hockey institution, but it comes at a steep price 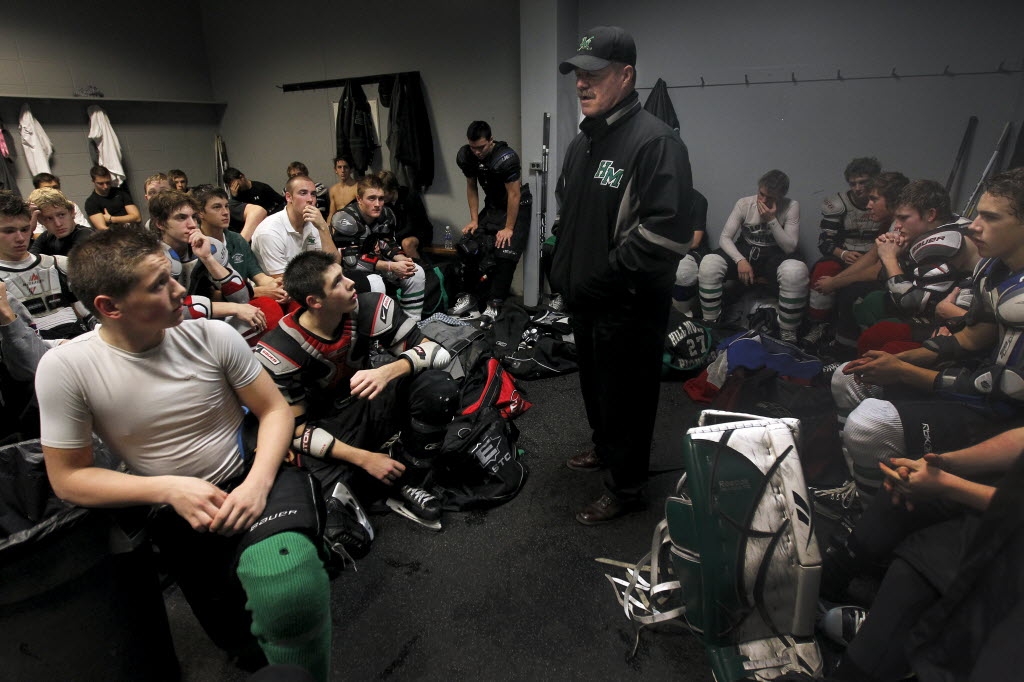 Editor’s note: This is the first of four parts in an occasional series that will span the length of the Hill-Murray boys' hockey team's season.

Nick Sova believed the fourth and final day of Hill-Murray varsity hockey tryouts was his best yet.

Sova, a 6-3 senior center, skated with returning varsity players on each wing. He came in with a reputation for being a good citizen and a leader after serving as co-captain of the undefeated junior varsity team last season.

"I thought I'd make varsity," Sova said. "I felt deserving."

Seconds after declaring this "the worst moment of my career," Pioneers coach Bill Lechner entered the locker room and addressed 43 waiting players – three of whom would not come back. A total of 59 players (32 forwards, 21 defensemen and six goalies) started the week. Lechner made similar pre-emptive speeches before cuts on Tuesday and Wednesday, encouraging youngsters that getting cut did not mean their hockey careers were finished.

The vibe changed Nov. 18. Getting down to 40 players, 20 each for the varsity and junior varsity, meant cutting familiar faces. Only six varsity spots were available and seniors such as Sova, per Lechner's policy, can't play for the junior varsity.

"If you're not on a list you want, you will still do great things in life," Lechner said. "If you're too old to be on junior varsity, you're still a good person."

At 4:58 p.m., the final roster was taped to the wall. To Sova's surprise, he could not find his name, not even after scanning the roster up and down five times.

Stunned, Sova headed for his car. He sat in silence, wondering what else he could have done. Work conflicts prevented Sova's parents from joining the two dozen or so parents and observers at Thursday's tryout. So it wasn't until Gary Sova answered his son's phone call that the young man broke the news, and then broke into tears.

Hockey is the draw

Ask the returning varsity players why they chose Hill-Murray and you get various responses. Several attended private schools their whole lives. Others are children or siblings of Hill-Murray alumni. All learned of the school's hockey tradition and wanted to take part.

The Catholic school in Maplewood boasts one of the state's most tradition-rich hockey programs. Not until 1975 were private schools allowed to compete in the Minnesota State High School League state tournament. The Pioneers qualified that year, the first of 24 appearances highlighted by championships in 1983, 1991 and 2008.

Along the way, the Pioneers became, as former Burnsville coach Tom Osiecki said half-jokingly, "the private school that taught us to hate private schools."

Why the disdain? Because while some public school hockey coaches work to strengthen the pipeline from the youth ranks to the varsity, private schools draw top-end players from surrounding communities and parlay deep rosters into deep playoff runs. With a nod to Hill-Murray's pull from Stillwater's youth hockey ranks over the years, one message board poster noted, "You can't spell Pioneers without Ponies."

Several private schools, including Benilde-St. Margaret's, Breck and St. Thomas Academy, followed the Hill-Murray hockey model by building programs to compete for visibility and state championships. All are ranked within the top five of their respective classes this season by Let's Play Hockey magazine.

Voltin earned some varsity shifts late last season. During tryout scrimmages, he skated on a line with top forwards Ben Bahe and Kevin Becker. But while elated to make varsity as a sophomore, Voltin considered those who fell by the wayside.

"It was hard to see others crying," Voltin said. "This year, one of my best friends is on JV again and that's hard to see."

Each year, one or two hockey players who do not make a team leave the school not long after tryouts. While Hill-Murray principal and acting school president Susan Paul wonders "whether those family's priorities are misplaced," she also takes responsibility for "not grabbing them and getting them to embrace" the school's other enticements.

At $330 per player, boys' and girls' hockey athletic fees are the most expensive of the winter sports. But that is not the key figure. Annual tuition costs $10,800 – $700 more than last year, the largest one-year increase in at least 20 years.

Enrollment is down 80 students this year as Hill-Murray faces stiff competition in the east metro from two-year-old East Ridge High School in Woodbury and St. Croix Preparatory Academy in Stillwater, a public charter school.

Hill-Murray marketing and communications director Steven Moravetz said need-based assistance "as determined by our financial aid company has nearly tripled in the last four years." Scholarships are available to students who meet various criteria, but few of those awards cover more than a fraction of the overall tuition.

Lechner knows of several families who wanted to send their hockey-playing sons to Hill-Murray but were caught in a budget bind – they made too much to qualify for aid, yet not enough to make ends meet after paying tuition. Similar reasons led six players from last year's junior varsity to leave the school.

Some have found a way. Goaltender Tim Shaughnessy worked at Culver's to help pay his tuition. Anne Becker, whose sons Kevin (varsity) and Sam (JV) play hockey, got laid off from her job in the mortgage industry. She landed a job in the school kitchen at Hill-Murray and has since worked her way up to administrative assistant. School employees qualify for tuition remission on a graduated scale based on years of employment.

"But he'll come out of here getting both a great hockey experience and a great education," Anne said.

On the evening of Nov. 18, the newly minted varsity team left Aldrich Arena, the Pioneers' home rink, for a two-mile drive east on Larpenteur Avenue to the school. They dined on Little Caesar's pizza and White Castle hamburgers and talked about available jersey numbers while waiting for the coaches to arrive.

Lechner called players down the hall to a conference room for their first team meeting.

"Don't feel guilty to be in this room," Lechner said. "We let go some of your friends and some of our friends."

Ground rules were laid out next. Be respectful. Be punctual. Be proud but never arrogant. Be accountable.

"Part of the reason we took you is because you can handle it," said assistant coach and former Pioneers captain Pat Schafhauser.

Lechner said he pondered an often-asked question: What makes Hill-Murray a consistently strong program? Before answering, Lechner told all 20 players to stand in a circle.

"Are we going to do trust falls?" joked one player.

Lechner went around the circle, making up scenarios where players violated rules then asking them to sit down. The point: The team's success depends on the willingness of each player to make good choices and stand as one.

"Some of you guys need to get your hair trimmed," said the 57-year-old Lechner, whose own hair is deserting him. "But you don't have to look like me."

Reveling in Hill-Murray's rich tradition is fun. Maintaining it is not. To avoid inflaming the emotions triggered by final cuts, Lechner took his varsity team out of school early on Friday for scrimmages in Grand Rapids.

Sova did not attend school Friday. He took a road trip with his father to Michigan's Upper Peninsula to watch older brother Dan, a defenseman with Michigan Tech, take on the Gophers. Dan Sova started for the Pioneers' 2008 Class 2A championship team.

"One of the guys who made varsity sent me a text and told me he understood how I felt," Nick Sova said. "I know what he was trying to say, but there's no way he could have understood."

Sova, who supports Lechner's policy of not allowing seniors on the junior varsity, is playing for Twin Cities Northern Lights of the Minnesota Junior Hockey League.

"I would have loved to put on the varsity jersey but my dream of playing Division I hockey is not over," Sova said. "I'm just going to have to take a different path to get there."

Some varsity players face their own challenges after failing to make various select teams this fall. But as Schafhauser told them the evening of Nov. 18: "We believe you guys fit into what we think we can achieve."

It was a reminder to all 20 varsity players of just how lucky they were – and just how much was expected of them now that their dreams had come true. 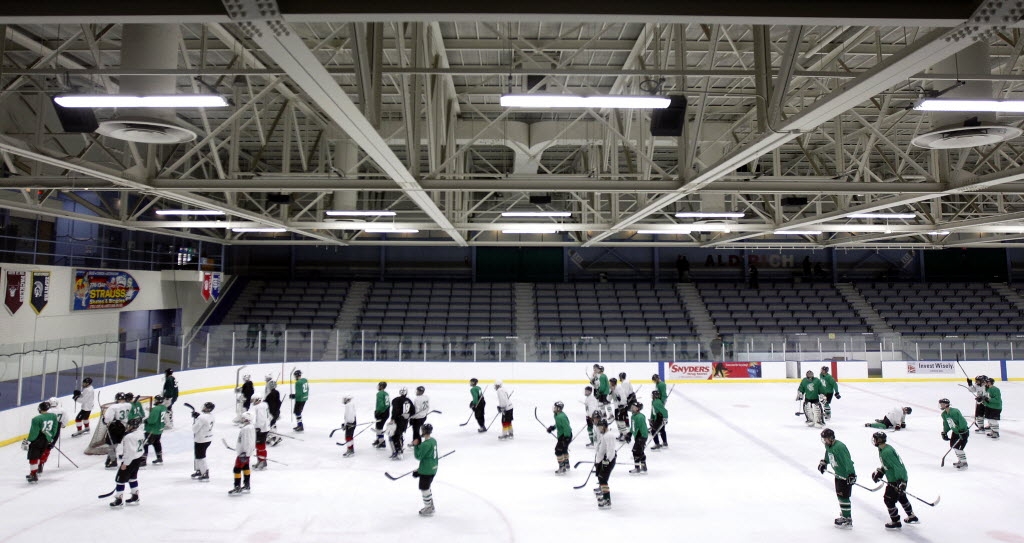 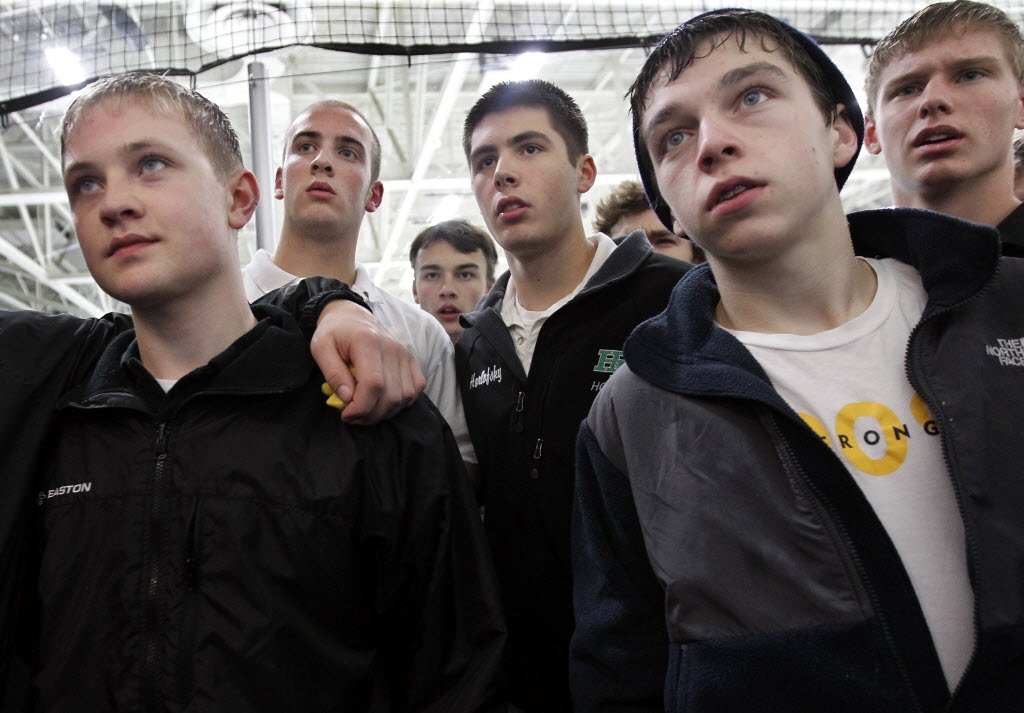