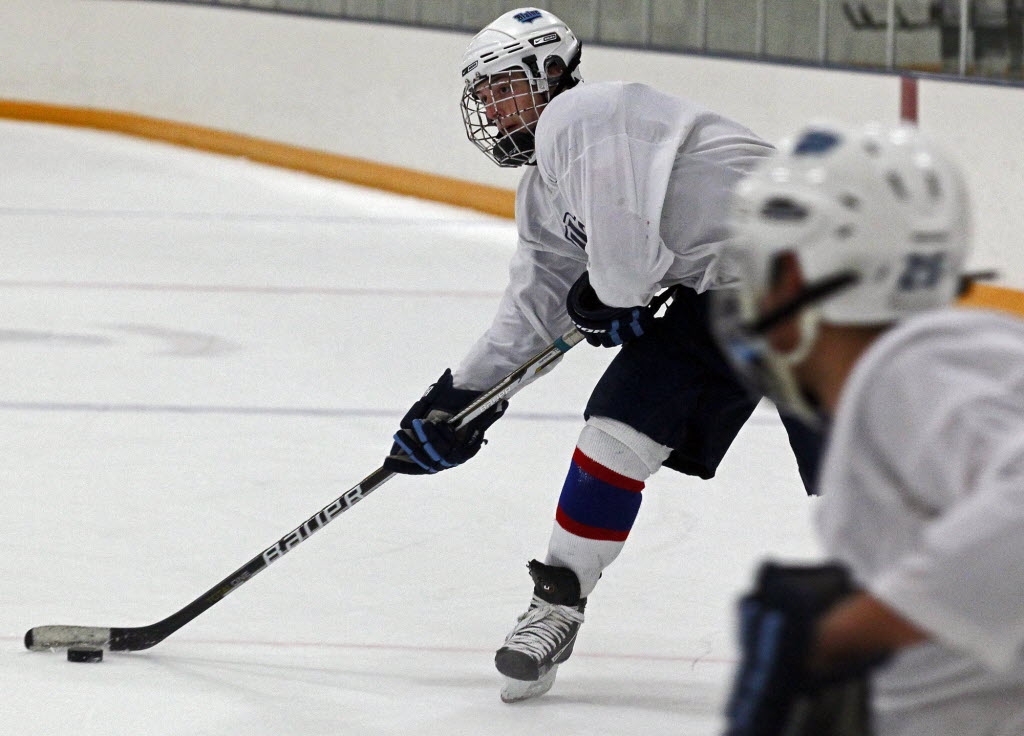 Known for shooting the puck with velocity and accuracy seldom seen at the high school level, Brodzinski has reached a new level by shedding the dreaded underachiever label.

“He’s morphed into a different player,” Blaine coach Dave Aus said. “He was elected captain this year, and that says a lot because if you asked guys two years ago if Jonny would be a captain, they’d say, 'No way. He’s out of shape.’ Now he’s a different kid. He’s outgoing and positive and he’s the kind of guy you want your team to follow.”

The challenge this season is clear. Blaine and Hill-Murray are the state’s only two teams, regardless of class, to play in all five previous state tournaments. Expectations remain high, even though a strong senior class and Mr. Hockey winner Nick Bjugstad have moved on.

“Once we started going to state, I don’t think any team wanted to be the one that didn’t make it,” Brodzinski said. “That elevates everyone’s performance.”

Brodzinski’s career needed a boost two years ago. As a kid, he would tag along to practices where his father coached his younger brothers. He set up pucks on the opposite end of the ice and practiced picking corners.

“I try to rip the puck through the net every time I shoot,” Brodzinski said.

But by the time Brodzinski reached Blaine, the term heavy applied to more than just his shot.

“He didn’t skate real well as a 10th-grader,” Aus said. “Part of it was mechanical; part of it was being fat. One of the things guys confronted him with was not being in shape. Something clicked and he decided to change.”

Brodzinski took his passion for hockey and applied it to his training and conditioning. He spent more time with Chris Carroll, a trainer who works with Blaine, and made better nutritional decisions.

The payoff came last season. Brodzinski skated as a right wing on Bjugstad’s line and finished third on the team with 53 points (24 goals and 29 assists).

“He’s an absolute sniper,” said Bjugstad, a freshman with the Gophers who admits Brodzinski’s shot is a little better than his own. “You can just tell when a guy has it, and Jonny does.”

More work remained. Wanting to get faster on his skates, Brodzinski tweaked the mechanics of his stride since last season. He also skated in the Fall Elite League and led Minnesota White to the NIT playoff title by tying for the team lead with five points in three games.

Now back at his natural position of center, Brodzinski measures 5-11 and 190 pounds — the same weight he was as a sophomore, only now it’s muscle. And of course, he still has that bomb of a shot.

“He definitely looks better,” Aus said. “He only took part in about one and a half of our scrimmages and when he was out, you could see a big difference in our team. He is a lot like Nick [Bjugstad]. When Jonny’s on the ice, we will get scoring chances.”

“We’ll be underestimated,” Brodzinski said. “But we look at the big picture and we’re doing things that will help us get back to the state tournament.” 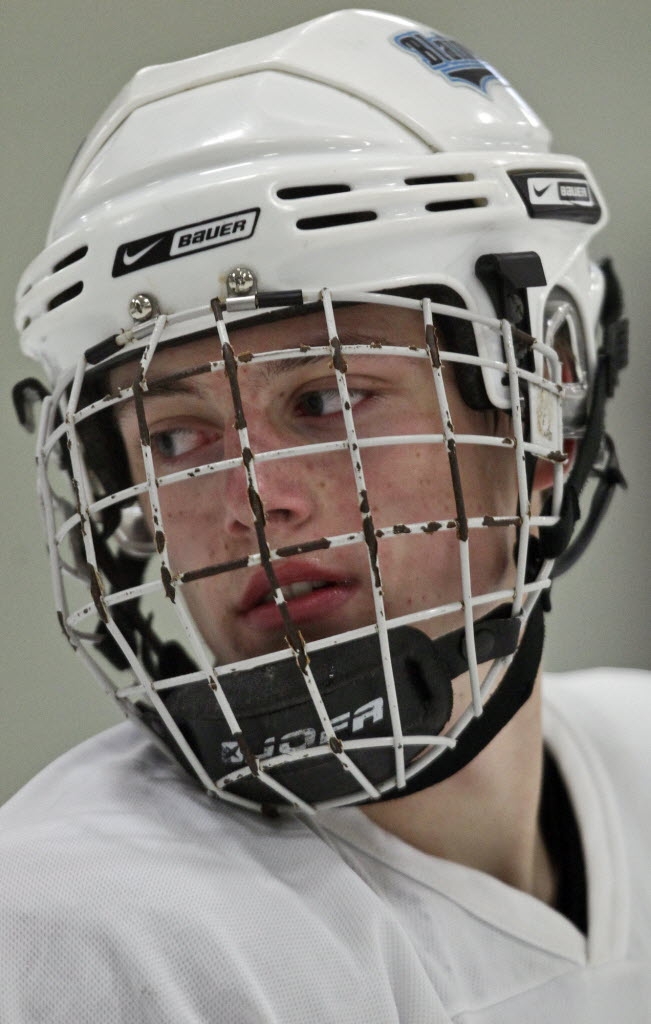