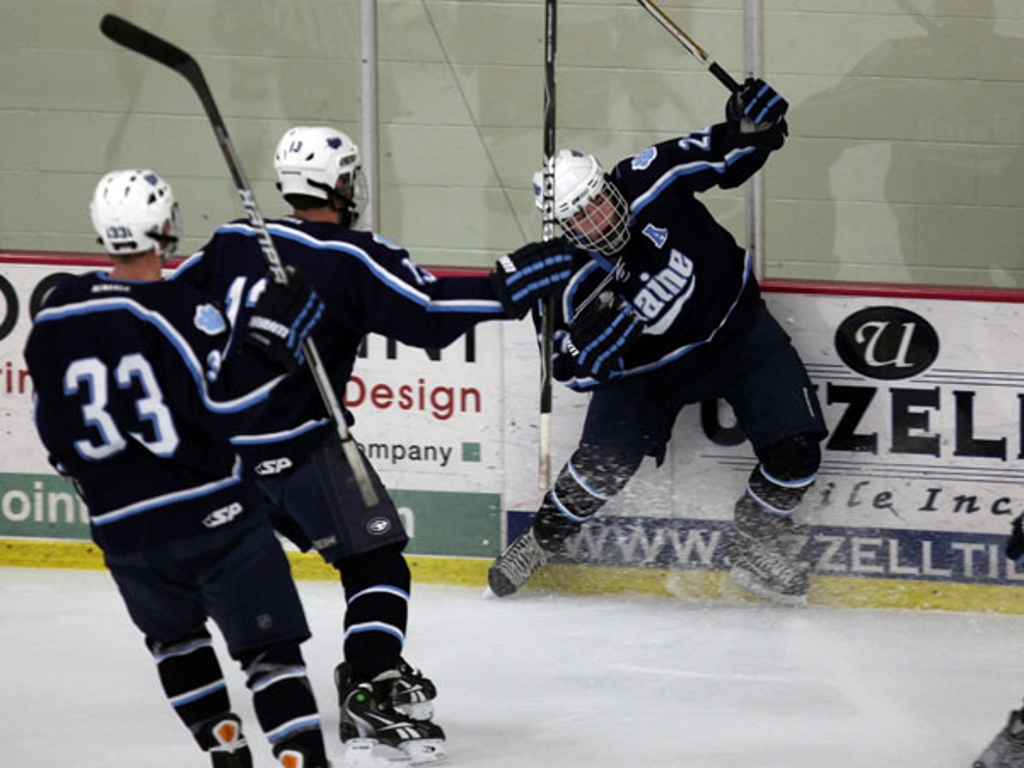 Blaine's Jonny Brodzinski celebrated with his teammates after scoring the only goal of the first period. Kyndell Harkness, Star Tribune

The last to score in an eventual tie usually feels fortunate. But in Maple Grove's case Thursday night, the Crimson instead settled for a goal with little time to spare.

Video evidence will eventually prove who gets credit. Regardless of which stick the puck hit last, however, Maple Grove's goal with 7.5 seconds remaining in regulation made it a 2-2 score against a Blaine team that struggled to find its target, yet nearly won.

"Any other night, and maybe five or six go in," said Maple Grove coach Gary Stefano, whose Crimson took the shots battle 40-12 at Maple Grove Community Center. "Their goalie played outstanding, but our kids never gave up. We had quality chances all night."

One of the best was saved for last.

With goaltender Ryan Coyne off in favor of an extra attacker for Maple Grove (3-1-1), a scrum in front of Blaine's Nick Malvin provided a flurry of interference. The game-tying goal -- awarded to Steve Popowitz, though it's believed Dylan Steman might have gotten a tip -- set off a wild celebration and an eight-minute extra session. Each team took a pair of penalties in that time, after combining for only seven in regulation, but neither could convert.

"You just keep plugging away," Stefano said. "As a coach, that's a pretty fun game to watch when kids are working like that."

Pinned in its own zone for a good chunk of the game, the Bengals (2-0-1) made the most of their opportunities.

Jonny Brodzinski's fifth goal of the year -- a slow-motion flutterer not at all like the booming slapshot he's accustomed to firing at goaltenders -- got Blaine on the board seven minutes into the first period. Drew Mezzano's goal 1:44 into the third made it 2-0 despite the Bengals putting only eight shots on Coyne in between the two. 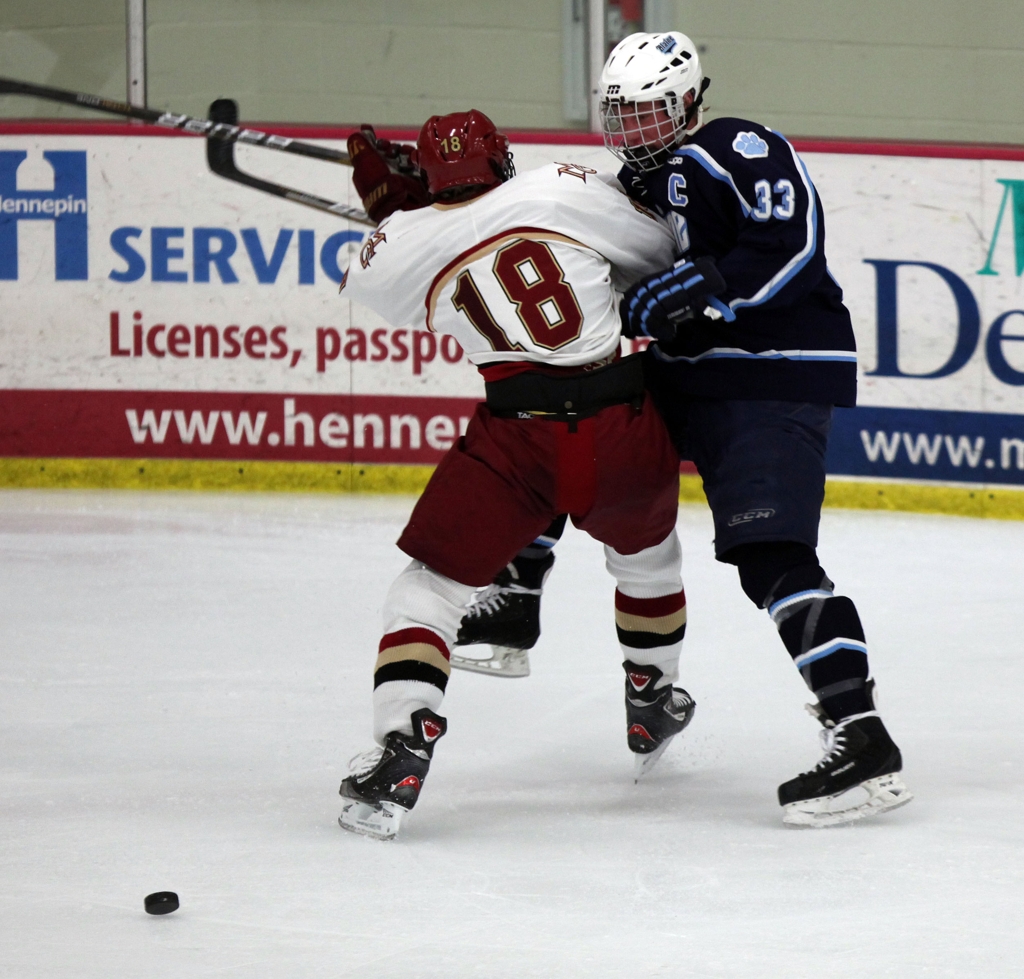