Rochester Lourdes boys’ hockey coach Josh Spaniol ends all e-mail correspondence with the quote, “We can only control what we do and the choices we make, not what others do.”

Thursday night in Red Wing, the Eagles chose to battle until the final moments - literally.

Down 5-3 with 30 seconds remaining against the Wingers, Lourdes mounted an improbable comeback. At that mark, Rory Vesel’s shot from the point got the Eagles within one. The clock set to expire a short time later, a loose-puck scrum ensued in front of the Red Wing net and Alex Funk swept in a goal with 1.7 seconds to go.

“It was pretty much all six of our guys right there going after it,” Spaniol said. “I’m looking at the clock going, ‘Please shoot, please shoot.’ Then it goes in and I’m just like, ‘Uff-da. Here we go.’”

Ryan Nicolay then tipped Alec Brandrup’s snap shot into the back of the Wingers net with 1:04 left in overtime to clinch the 6-5 victory.

“I’m 34 years old and I’m pretty sure last night added about 10 more,” Spaniol said. “I’ve never been a part of something like this, that’s for sure. Our kids were working so hard, and we finally got some bounces to go our way. We had pucks bouncing off our sticks up at the blue line left and right. It was like, ‘Man, are we going to ever get something here or get nothing out of it?'”

Red Wing put up a three-goal second period. After Lourdes answered with a goal later in the third, the Wingers added an empty-netter to go back up by two -- leaving Spaniol to think it just wasn’t going to be the Eagles’ night.

“I thought we’d either shut down or just keep working,” heading into the third period, Spaniol said. “And the boys kept plugging.”

A game like this, Spaniol said, could be a season-changer even this early in the campaign.

“We had four guys play on the state championship football team and eight guys out sick last week. We’re drained and scrambling right now,” Spaniol said. “A win like this just shows what kind of leadership we have. This one could make or break a team to tell you the truth. For us to come out of there with a win like we did just shows the kind of faith our guys have.” 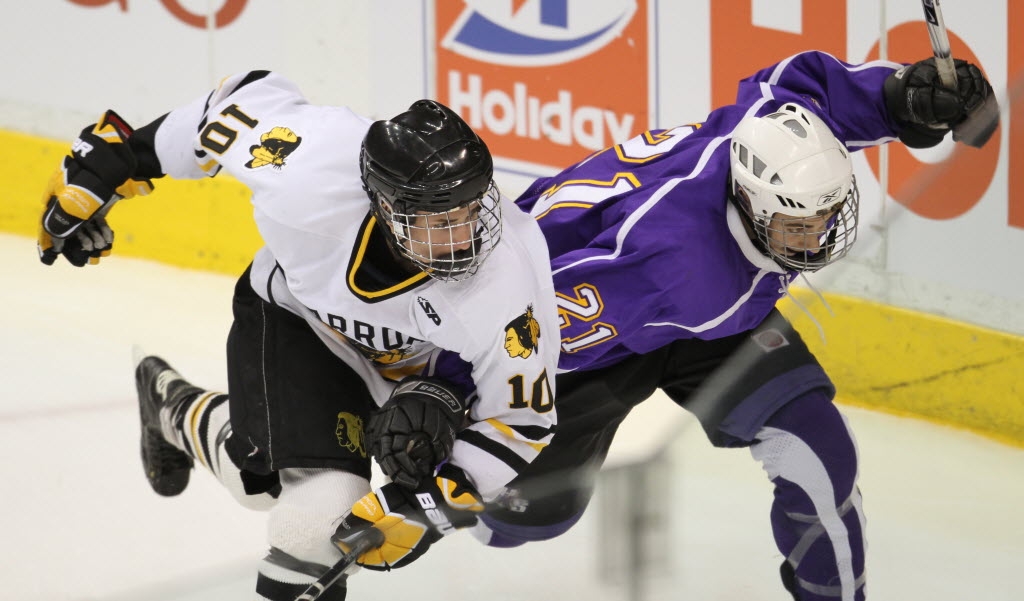